1. Illegal migrant, presumably after failed attempt to break into Poland with force and blackmail, expresses his real feelings about that nation state.

Sen. Josée Forest-Niesing, 56, has died, after being discharged from hospital this week following treatment for COVID-19.

Forest-Niesing, of Sudbury, Ont., was released from hospital on Nov. 14, after being admitted in October. Her office said Tuesday she had struggled for 15 years with an autoimmune disease affecting her lungs.

The Ontario senator was fully vaccinated against COVID-19, but her office said her condition made her more vulnerable to the virus.

3. Crowd at protest against reality and American law in Chicago chant for communism because of the verdict in the Rittenhouse trial

one of the world’s top soccer players is suddenly retiring after suffering an unspecified cardiac crisis, just months after he signed a huge deal with the club.

Yeah, he was vaccinated.

Nothing to see here, folks.

5. Calgary Alberta: Gotta love people who escaped communism for the West. They see what is going on and they are desperately trying to warn us. God bless each and every one of you who are still banging that drum, and have not given up on Canadians altogether as so many I have met indeed have done. Now that communism is staring us in the face, you who have escaped communism and have given up, may feel its time to try again. Canadians may be more willing to listen now.

This wonderful woman does an excellent summary of the mass line narrative attacks on the West. Its worth paying close attention.

Thank you M., Yucki, Valerie Price, Oz-Rita, Miss Piggy, Johnny U., Helequin GB., PC., and MANY more who are trying to find out where to stand on the ship to keep it level.

Look what the CDC is now admitting: 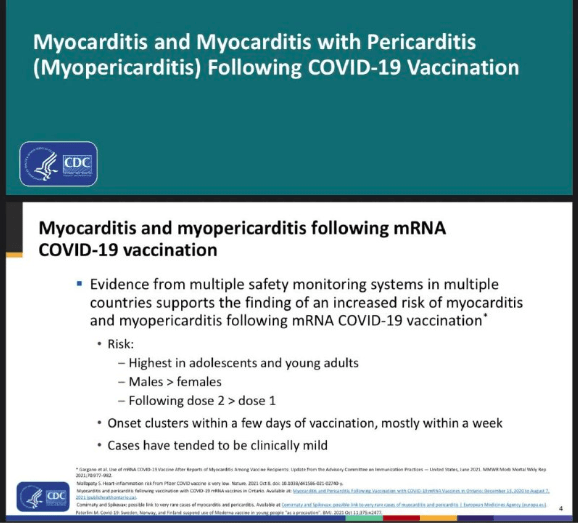 11 Replies to “More unicorns, and another refugee from communism tries to warn Canadians: Links 2, November 20, 2021”