Researchers from the Mayo Clinic in Rochester, Minnesota, compared data from the general population before the pandemic to data gathered from reported vaccine side-effects suffered by Americans.

They found that a person who received the vaccine was 3.5 times as likely to develop brain blood clots as an average person before the pandemic.

Blood clotting, and specifically cerebral venous sinus thrombosis (CVST) is a well known side-effect of the J&J vaccine, and the discovery of this risk was the reason usage of the vaccine was paused in April.

However, the team insists the risk is rare and that the findings must be looked at in the context of the effectiveness of the vaccine in preventing severe cases COVID-19.

(Wasn’t it this summer’s revelation about the Jensen shot that rather than it being a 1 shot forever, it actually wore off 3X faster than the Pfizer and ModeRNA one, requiring a booster after TWO months instead of six?)

(Put another way, having a look at how communist language tactics have been used since the start of Covid to achieve the totalitarian outcome we see emerging or maturing around us everywhere)

From the beginning, Discourse Theory  has played an influential role in the COVID19 enforcement narratives used to control the everyday lives of everyone.

A reintroduction of Discourse Theory  is in order.

This article is a reprise of 2019 followed by an assessment of Discourse Theory  in light of the COVID19 narratives.

Because Discourse Theory  instantiates Marxist mass line narratives, the article will conclude with an example of how dialectical narratives work. […]

3. Out yesterday running errands and chatting with a friend, when another shopper overheard and nodded quietly in agreement with us from a short distance away. Of course we were talking about how covid and the vaxx was being used to pull off totalitarian states all over the world, and in particular, Trudeau’s use of emergency measures. We all got to talking and she showed us this photo of her relative’s hand. She is only 64 years old and this happened shortly after getting her mRNA injection. 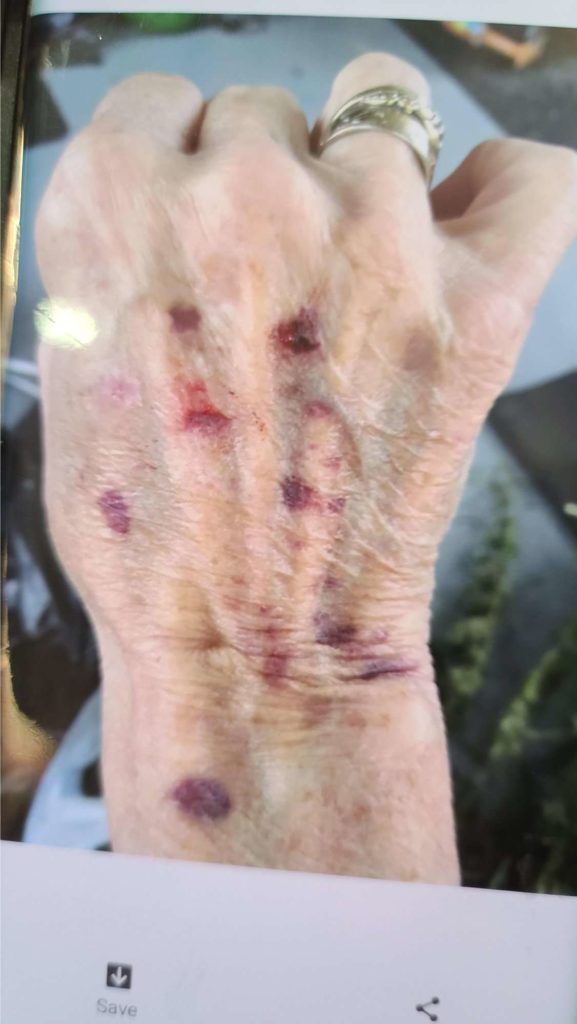 Those pesky pesky unicorns. So rare, except herds of them are now trampling people across the board.

4. An area doctor sent out a letter to all his patients. I did not want to post his name as I do not want to focus any unwanted attention on him, even though he did send this letter to all his former patients. Also I omitted all the technical info which is not relevant to this post. Below is a part of the letter which hints at why he left a successful practice in family medicine, not because he changed, but because the political environment did to the point where to continue to practice put him in conflict with his oath and his ethics.

A certain amount of reading between the lines is needed here. Best way to do it, is imagine you are in the former Soviet Union and you want to say something true. Like maybe for example, men and women are biologically different. Think about how you might go about saying that to avoid harsh consequences to yourself. Of course this analogy is flawed because in the Soviet Union to a degree, men and women were acknowledged to be different in biology, although persistently they tried to create equal outcomes and failed. But interestingly here, they don’t fail because they cheat the standards till it works out the way they want it to. But I digress. Hopefully you get the point.

5. Australian Nurse at a protest does some carpet truth-bombing to enemy propaganda corporations in Melbourne. Note these videos are from an observer probably using a phone. Would be interesting to know if her comments made it onto Channel7 news or ten, as you can see here on the mic shields.

Thank you INRI, Pym Purnell, ET., EB., Xanthippa, Johnny U. and all who sent in thoughts, sympathies to the Texas dad and links to important news either in the Reader’s links here or over on the Mastodon Pod. Anyone not checking it out, go make an account and follow everyone. A LOT of great content appears there every day.

One last story. From the British Medical Journal:

(Given all that is going on around us, we can also expect a major shortage of whistles)

In autumn 2020 Pfizer’s chairman and chief executive, Albert Bourla, released an open letter to the billions of people around the world who were investing their hopes in a safe and effective covid-19 vaccine to end the pandemic. “As I’ve said before, we are operating at the speed of science,” Bourla wrote, explaining to the public when they could expect a Pfizer vaccine to be authorised in the United States.1

But, for researchers who were testing Pfizer’s vaccine at several sites in Texas during that autumn, speed may have come at the cost of data integrity and patient safety. A regional director who was employed at the research organisation Ventavia Research Group has told The BMJ that the company falsified data, unblinded patients, employed inadequately trained vaccinators, and was slow to follow up on adverse events reported in Pfizer’s pivotal phase III trial. Staff who conducted quality control checks were overwhelmed by the volume of problems they were finding. After repeatedly notifying Ventavia of these problems, the regional director, Brook Jackson, emailed a complaint to the US Food and Drug Administration (FDA). Ventavia fired her later the same day. Jackson has provided The BMJ with dozens of internal company documents, photos, audio recordings, and emails. […]

(If at this point they found dog poo in the vaxx and no testing at all, does anyone believe they would stop the coercion?)