2. Alberta Firefighters protest the firings. I wonder whats worse for public health. Having your home burn down? Or allowing people to decide for themselves if they want to take an experimental vaccine.

The Florida Department of Education is sending an investigator to the school Friday to determine if there is a “legally sufficient complaint,” a spokesman told the Daily Caller News Foundation.

I was SO honored to be invited to chaperone @WiltonManorsES’s field trip to the incredible Rosie’s! The students and I had a fun walk over and learned a lot about our community! A huge thank you to @RosiesBnG for hosting this special field trip every year! pic.twitter.com/A3rpMbyUJP […]

Rosie’s menu items include “Naked Sweaty Lovin’,” “Beet Your Brains Out” “Rhoda Cowboy,” “Ivana Hooker” and “Young Ranch Hand,” according to its website. The restaurant characterizes itself as a place to “see” and “be seen,” and it describes its staff as being “like family (the good kind, that you would choose to have.)”

4. Canadian Doctor Says ‘Something Malicious is Going On’ After He’s Punished For Treating COVID Patients with Ivermectin

A Canadian emergency room physician has been banned from practicing medicine in Alberta after he defied the province’s COVID treatment protocols by prescribing Ivermectin to three patients.

In a powerful speech last week, Dr. Daniel Nagase vented about the shoddy way COVID patients were being treated in a rural hospital in Alberta, and concluded that “something malicious is going on.”

Nagase spoke on the steps of the Vancouver Art Gallery during an event commemorating the 75th anniversary of the Nuremberg trials. The event was hosted by a nonpartisan local group called “Common Ground.”

Video of the speech here. It’s worth it. His patients, which were taking benign therapeutics, were getting better, but the medical boards FORBADE HIM from giving in particular, Ivermectin to patients. His patients improved after ONE DOSE of Ivermectin. 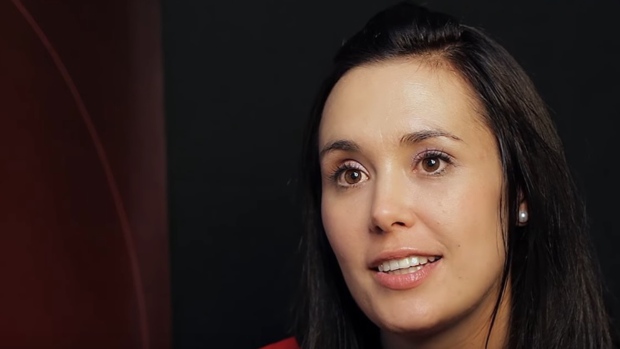 An Ontario regulator has barred a vocal opponent of COVID-19 vaccines and lockdown measures from practising medicine entirely, alleging her activities put patients’ health at risk.

Dr. Rochagné Kilian of Owen Sound was a local emergency room doctor who frequently spoke out against mask mandates, the safety of COVID-19 vaccines and pandemic lockdown measures.

She resigned from her position at the local hospital in Aug. 2021.

On Wednesday, the College of Physicians and Surgeons of Ontario (CPSO) suspended Kilian from practicing medicine entirely.

Previously, Kilian and three other Ontario doctors were barred from providing medical exemptions to mask mandates and COVID-19 vaccination.

Thank you John, Johnny U., KAF., PC., Yucki, Richard, Rich and SO many more who put time, effort, and increasingly risk into understanding and standing against the communist revolution which is taking place all around us.

Remember, the coerced, or mandatory vaccine program that is the ONLY option for people under any circumstance, is the ultimate collective over the individual. It is the state decreeing that you as an individual have no value. And your death or serious disability as a consequence of this unneccesary and dangerous mRNA injection means nothing except for the glory of the state and the world government. That the individual, as has been clearly stated by Hegel, should consider themselves honoured if they are killed for the glory of the collective. The communist shaheed in a way, except the shaheed acts under their own volition. The communist martyr is chosen arbitrarily by the state to die for whatever whim the revolution calls for that day.

The vaccine is ultimately, the collective over the individual. The maximal forcing of the group based on what the state says it is at any given moment, and the utter and total diminishment of the individual as a corporate entity of any kind. Neither agency over themselves, or their children will the individual possess. The collective uber alles.

Anyone objecting to this had better start to consider their options, and what they are prepared to do to stop it.

One Reply to “More evidence that all roads must lead to the injections, and an explanation as to why: Links 3, October 28, 2021”