1. Say what you want about Alex Jones. But given the magnitude of events that are taking place, events that this site did calmly and politely predict, warn and explain about for years, any criticism should be levelled at we here at VladTepes. Because Jones here actually shows the right level of anger and hysteria. LANGUAGE X 2

Alex Jones warned us, and now we suffer the consequences of not listening to him….
pic.twitter.com/4H7RYnQ8pw

2. People clinging to a US Hercules (?) aircraft as it leaves Kabul. Then falling off

3. CNN shows that even enemy propaganda can adapt when needed

Interesting how at the end she says: “…it’s still a conservative society so they still wear the…”. That is enemy propaganda. It is still a MUSLIM society. A conservative society would allow them to wear whatever. And would prefer they do not wear a face covering. But CNN is still loath to make any association between Islam, and anything the West would not like. If you asked the Taliban or any religious muslims, they would not hesitate to say its an islamic society.

4. Open Vaers system appears to be under an attack big enough to shut it down for days. 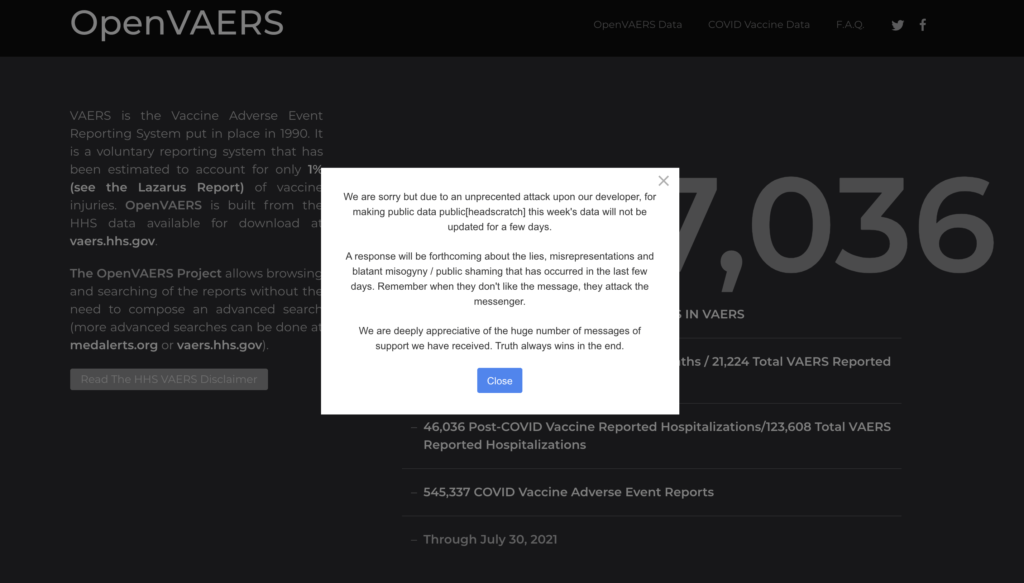 5. It seems you don’t need to be vaxxed or wear a mask if you are one of the hundreds of thousands of Afghans about to come into the West

Also, isn't it lovely the way they refer to what they're waiving as 'rules' rather than laws?

Thank you all who are watching and informing us all of a most depressing set of events.