1. Just when you thought Facebook couldn’t be more evil and hypocritical than it is without spontaneously combusting, you see something like this:

Dani Lever is accused of helping Cuomo’s staff distribute Boylan’s personnel files in an effort to discredit her allegations against the governor. She is said to have done so even though she had already started working at Facebook, according to the investigative report released by Attorney General Letitia James on Tuesday.

The smear campaign against Boylan was launched in December of that year, just hours after she accused Cuomo of harassment. According to the report, Lever also regularly participated in discussions about Cuomo’s communications strategy following the allegations.

2. Quebec to start paying out to the Vaxx damaged

The Quebec government is expected to pay the first compensation amounts to patients who have had serious reactions to a COV v@cc** in the coming months. 545 Quebecers to have had a serious Side effects after the first dose.https://t.co/9htUr4ROEK

(She pretty much says nothing at all in this entire interview. But her comment that Johnson and the UK government is carefully measuring the minimum possible freedom they can give the public to avoid an actual revolution, that was an interesting moment.)

5. Two weeks suspension without pay for attending a rally for freedom

(I would like to answer his question: “How is this not a double standard”. It is indeed one single standard, but one he doesn’t quite see. ANYTHING revolutionary is rewarded or at worst, not punished. ANYTHING counter-revolutionary will be punished, either privately, like his is, publicly by tickets, fines, jail and so on, or both. What he did was break the real but as yet unwritten law. Defying the new authoritarian order. He sees it as a double standard because he, like the vast majority of people, still labour under the delusion that there is rule of law and the point is the point.

With the left, which is now firmly in control, the point is never the point. The revolution is always the point.

Thank you Johnny U., M., PC., Chris Jones, MarcusZ1967 and MANY more who are paying attention and yet still willing to fight back. 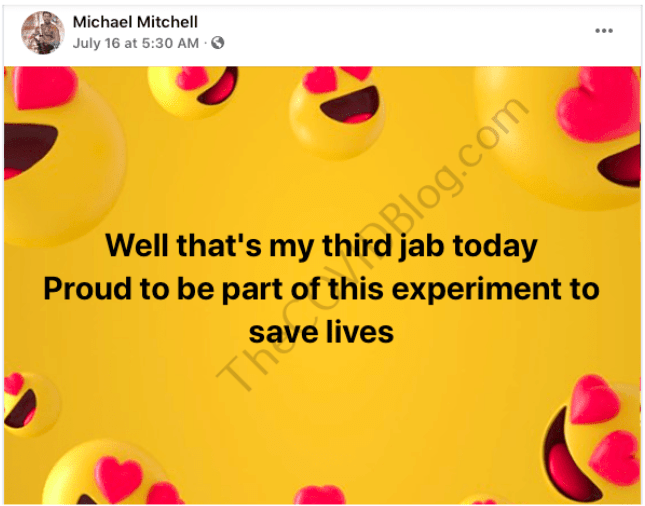 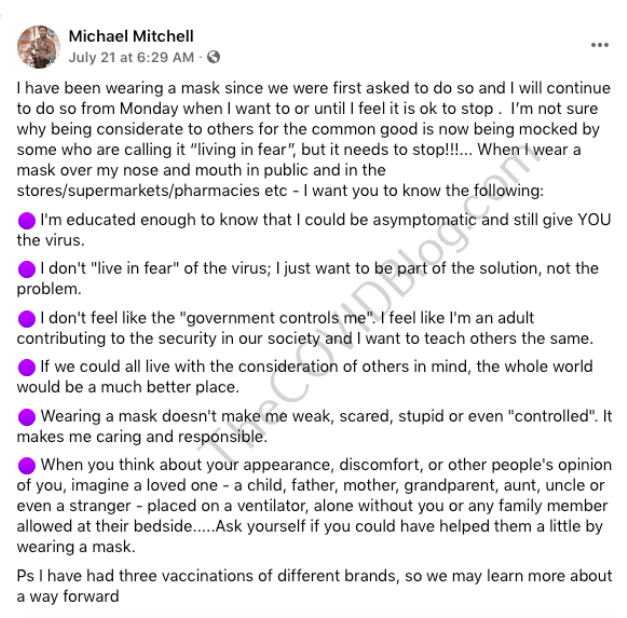 Mr. Mitchell died the next day, Friday, July 22 in a marina cabin near his house boat. The marina manager checked on the actor after he was inside the cabin for an unusually long time. Mr. Mitchell was found unresponsive, lying on the floor.

Some media reports say it was “natural causes.” Others are saying heart attack.