1. The great divide between the truth and the narrative, the elite and the peasants, becomes clearer.

475 guests! One can see how concerned he must be about Covid and the Delta variant

2. Will Americans sign up to arresting those who refuse the vaxx?

3. Can anyone define “Fascism” in a way that excludes the following clip?

4. For a little good news, read the comments under this video at Youtube while the comrades at Google allow them to remain. People are becoming aware of the enemy-propaganda nature of legacy-media now. 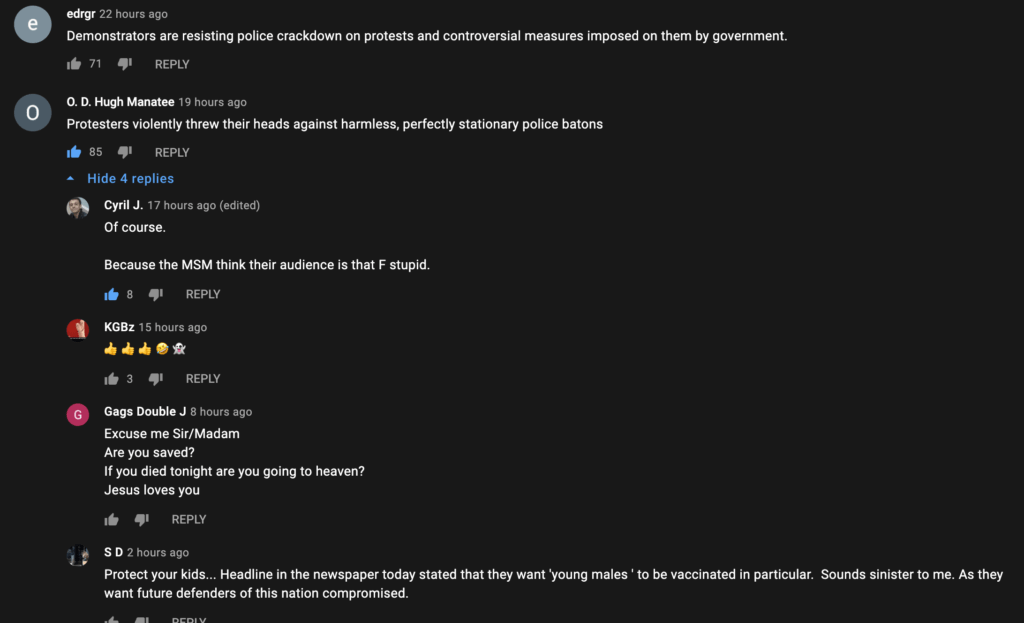 5. Here is a fun one. A leader of a small Dutch party gives the PM a run on his deceptions concerning his connections to Klaus Schwab and his views and values

Thank you M., PC., ET., Richard, Johnny U., Kalloi, KAF., Marianne W., and MANY more who are contributing to this site in many ways.

There is also increasingly passionate comments and debate starting on this site in the comments.

Given the stakes of these issues, its no surprise and also amazing that the comments are not infinitely more harsh than they are. No one can be blamed for being angry and having views which are what one would expect throughout the entire history of free nations where all our heroes have been fighters for freedom and against tyrants and facilitators of tyranny.

BUT, given the reality of the world we actually live in now, it should be known that the value of this site to the freedom minded is greater than if it did not exist. And we have lost the battle for free speech. Worse, anything counter-revolutionary is being criminalized as I type. In Canada, via C-36, and in the US and Europe via countless other weasily and deceptive regulations and rules and laws. Most branching down from the fully communist UN such as Resolution 16/18 but lots of others ones such as the Migration Compact, where all reporting must put unlimited 3rd world to 1st world migration in a positive spin.

So when understandably angry, even furious at events or news items and their implications for the things we hold sacred, I ask you to think about how you phrase your comments. Sites like this one have indeed been taken offline by litigious fascist litigators, so anti-liberal that they cannot even be named without life-destroying law suits landing at your door.

This is the reality of our societies now. Losing a battle is not losing a war, and losing a war is not a permanent state of affairs. So accept that the burden of careful phrasing is upon us all now and fight to gain back the basic right of freedom of speech that we used to know, but from a realistic assessment of the battle-space as it is at the moment.

7 Replies to “If Fascism is govt + Corporate implementation of policy, and truth is the enemy of the state…: Links 2, August 2, 2021”