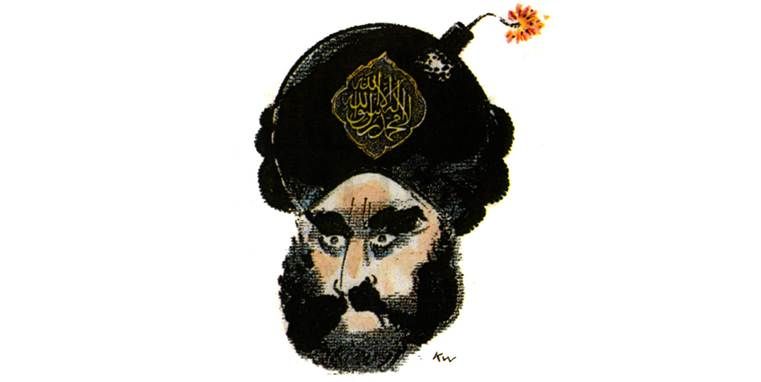 Mr. Westergaard was a talented artist, a good natured man and a great admirer of the arts all around. His contribution to the Jlands Posten cartoon challenge, along with the staggeringly dishonest and violent response from the Islamic world, woke up pretty much anyone not totally deaf to alarms, as to the nature of Islam, and what a threat it was to Western individualism and freedoms.

That should read, anyone who was able to be awakened and had not been awakened by the events of 911.

Kurt came to Toronto for a few days in 2009 and did a small media tour and gave signed copies of his most famous cartoon, which is here in this post, to a few personalities in media at that time.

What struck me the most about Kurt, was how he had not asked for, nor desired the fame and pressure that came with the success of his drawings. But still managed to wear the mantle of it with calm and good humoured dignity. He did not want to be a hero of the free speech issue. But once that spot was focused on him, he handled it deftly.

I hope those people who managed to get one of those limited editions, treasure them and keep them safe during the dark totalitarian period that is rapidly settling in across the world, for posterity and a future that will need to know some people did resist.

RIP Kurt. And thank you for all you did while you were among us.