1. Another example of a profoundly dishonest headline. It should read, “Nearly 5X more deaths in Canada from Covid POLICIES than from Covid in under 65s”

(And that is allowing for the dishonest use of the term, “Covid related” meaning that of the 1380 under 65 who did die of Covid related, we have no idea whatsoever what they died from. Crashing a motorcycle on the way to see someone who had Covid19 is called Corona related in Canada from what we can see)

More young Canadians died from ‘unintentional side effects’ of the pandemic, not COVID

A new report shows that during the pandemic, there were more deaths from “unintentional side effects” than COVID-19, particularly among younger Canadians.

The latest data from Statistics Canada, released Monday, is titled “Provisional death counts and excess mortality, January 2020 to April 2021,” and found there were 5,535 deaths in those younger than 65 years of age.

There were 1,380 COVID-related deaths for that same age group, according to StatCan.

That’s more than four times the amount of deaths.

The report from the Canadian Vital Statistics Death Database suggests that “the excess mortality is, in large part, related to other factors such as increases in the number deaths attributed to causes associated with substance use and misuse, including unintentional (accidental) poisonings and diseases and conditions related to alcohol consumption.”

This is not the first time Reuters has tried to discredit Yeadon by “fact checker” obfuscation, although past attempts have been less half-hearted. This time, Reuters called Yeadon an “anti-vax proponent” who “has made unfounded claims”. Relying on an entity that calls itself “Meedan’s Health Desk, a group of public health scientists working to tackle medical misinformation online,” the Reuters “fact check” addresses Yeadon statements on asymptomatic spread, variants, the COVID-19 vaccine, and its use in pregnancy. The article’s concluding “verdict” tries to claim that “infected but symptom-free people can spread the coronavirus; vaccinated people are better protected but not 100% immune; research shows COVID-19 vaccines are safe and effective for adults and pregnant women.”

Relating to the article, Yeadon said: “The narrative statements that have repeatedly been claimed by the authorities which are a pack of lies are:

3. The government of Canada is sending this email out to citizens to try and do damage control for the shifting sands of the mixed vaxx narrative, that the Canadian government itself keeps changing. Initially, Canadians were told to take whatever vaccine was offered first, and make sure the second dose was the same kind. Then when they pulled one or two of them, they claimed that you could take a different kind, but that was after they allowed the unsafe, pulled one to remain available to people who had it for the first dose. Now the WHO has admonished Canada for its pick-and-mix experimental mRNA injections strategy and Canada is urgently trying to play with language and make up a narrative to make it look like everyone else is wrong, and you can mix doses with no issues and the WHO was just misunderstood. 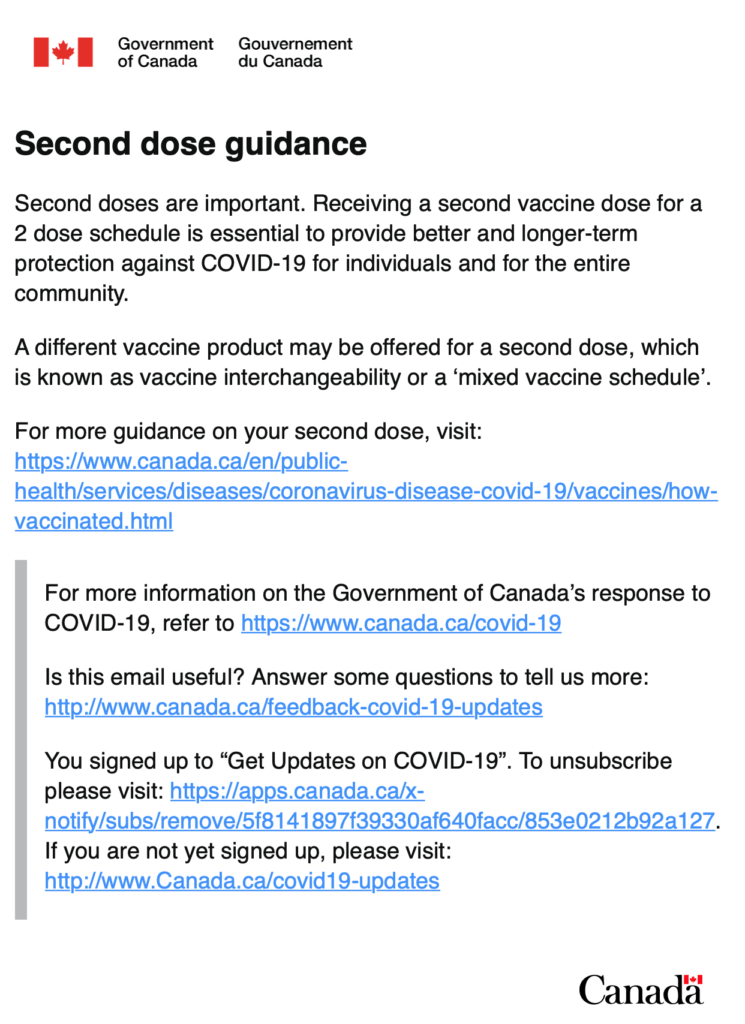 4. Haiti. How curious that its leader was mysteriously gunned down and several competing narratives are already in circulation as to who killed him and why.

We have our own theory on why.

(That’s confusing. At this point one might imagine China would be anxious for the investigation since it looks more and more like it was a conglomerate of corrupt plutocrats and leftists who did the gain of function work and funded the Wuhan lab. Google, Fauci, Trudeau, the list is impressive)

The Chinese are warning about an impending nuclear war if the United States does not cease its investigation into the origins of the COVID pandemic. They warn that the Americans must call off their probe into the sources of the disease — a warning which has prompted many American analysts to conclude that the leaders in Beijing fear discovery of the truth: that they — the Chinese Communists — are the source of the pandemic.

The Chinese Communists have long experimented with bioweapons, and have apparently continued the nasty habit, both recruiting Western scientists and putting them to work on Chinese projects, and smuggling Westerners into projects within China itself. One of the world’s top China experts, British citizen Roger Garside, foresees a mounting crisis, since Beijing will have to confront a triple whammy:  a financial crisis, a moral vacuum, and widespread corruption. In an interview he gave recently about his new book, Garside summarized the situation grimly: China is outwardly strong but inwardly weak.

Than you M., Pauline, Johnny U., Richard, Against Mürkül, Gates of Vienna, Kalloi and many more who find their way to this link.