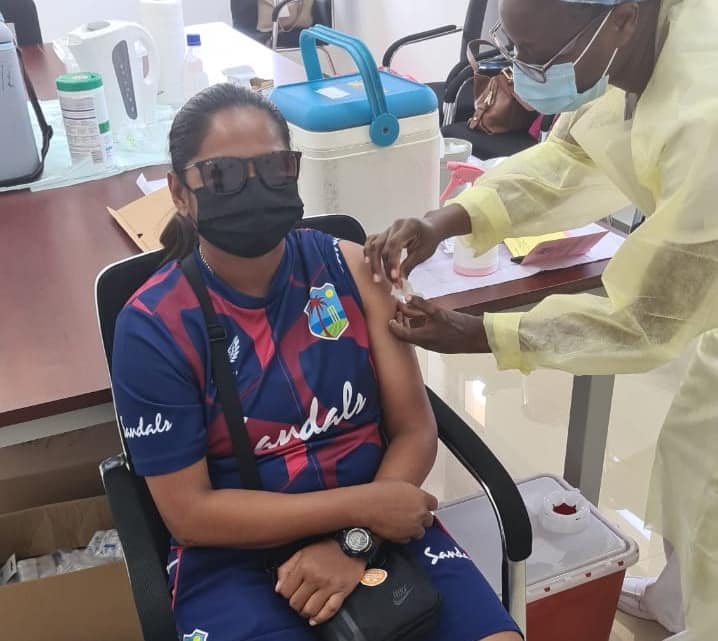 Cricket West Indies (CWI) has announced that the entire women’s team and management staff are now fully vaccinated against COVID-19.

In a social media post, CWI stated that only a few more members of the squad are due to receive their 2nd doses.

Among those receiving their vaccines were West Indies vice-captain and Trinidad and Tobago star Anisa Mohammed.

The vaccination process began in May as CWI partnered with the Government of Antigua and Barbuda and the Ministry of Health of that country.

West Indies women are due to play Pakistan women in a T20I series, which begins on Wednesday in Antigua.

In a shocking development in the cricket fraternity, two West Indies cricketers collapsed on the field. The incident happened during the second T20I match between West Indies women and Pakistan women on Friday.

Th unexpected incident happened in a span of 10 minutes post which two cricketers were rushed to a hospital. According to a CWI spokesperson, both the players are now conscious and stable.

Meanwhile, the reason behind their sudden collapse still remains unknown. However, the officials did a good job by providing timely assistance to the affected players in the need of the hour.

When the facts make people not want this injection, it is not the disseminators of the facts who cause “vaccine hesitancy”. It’s the damn vaccines.