1. “Whole teams are taken out from sickness after the Covid jab”

2. Some time ago, we did some posts mildly ridiculing some of the hypothesis out there about the dangers of 5G. Given that just about every wireless router in our homes and offices are in fact 5G it’s hard to be that worried about it when people are bathing in its glow night and day anyway.

But there are real reasons to fear and shun 5G. The main one as far as I can see, being that it gives government the bandwidth to carry out every and any Orwellian fantasy they can concoct. And that aspect of it, this Dutch parliamentarian really gets.

3. Rock musician, 48, died of a brain haemorrhage two weeks after he had AstraZeneca vaccine as doctors link rare complications caused by jab

A 48-year-old rock musician died of a brain haemorrhage two weeks after having the AstraZeneca vaccine due to rare complications caused by the jab.

The singer, known as Zion, fell ill with an agonising headache on May 13 – eight days after having the first jab, at Penrith Auction Mart in Cumbria.

He died at Royal Victoria Infirmary, Newcastle, on May 19.

An inquest will be held into Zion’s death, but a preliminary death certificate cites an irreversible brain injury caused by a haemorrhage, in turn caused by ‘complications of a Covid-19 virus vaccine’.

His fiancée, Vikki Spit, 38, who had spent just one night apart from him in 21 years, said her life has been ‘smashed into a million pieces’. 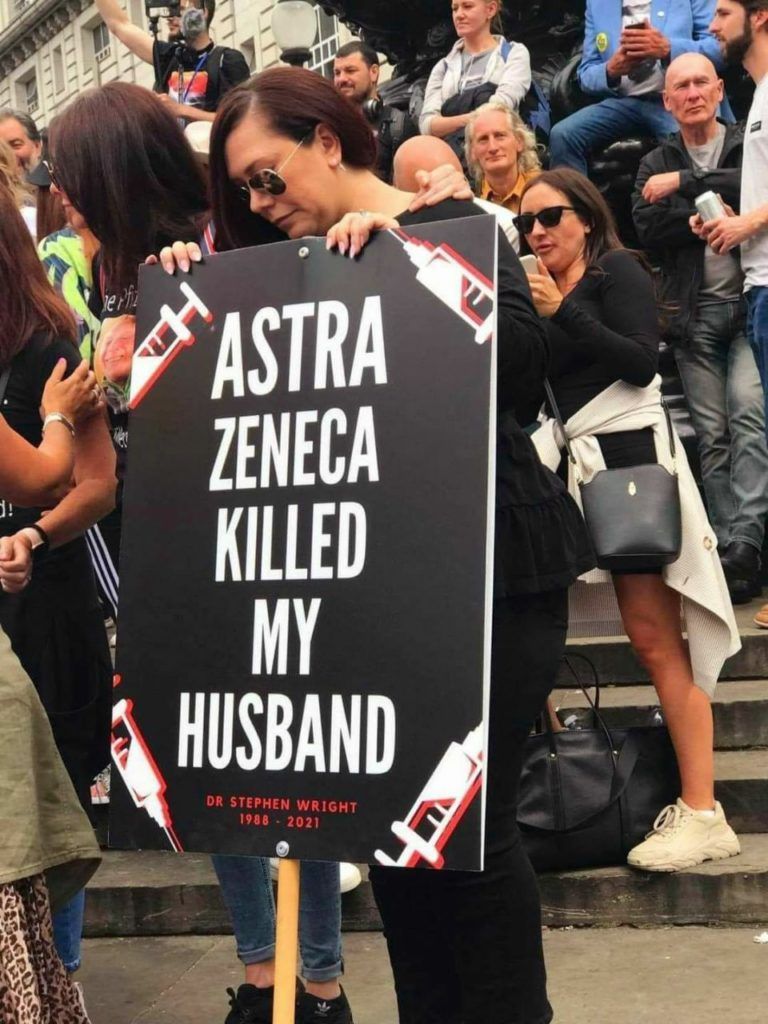 4. At this point The Lancet is overcooked, ruined and should be headed to the trash heap

The Lancet is now at centre of growing global questions over the role of supposedly authoritative scientific media in appeasing China's Communist regime and stifling debate on suggestions that Covid could have leaked from a Wuhan lab.https://t.co/tav5itKEJ9 via @MailOnline

(They also knowingly published bogus studies ‘debunking’ HCQ as a treatment. This makes them guilty of mass murder. If it doesn’t, I would like to know how.)

5. America’s Front Line Doctors on the mRNA device from a show host who was banned from Youtube for daring to show doctors from Mexico who dared say that lives were saved with other than the ‘vaccines’.

Thank you Sassy, EB., Johnny U., Richard, Watchmen2 and MANY more who are managing to control their incredulity enough to report reality through the Winston-Smith haze.

Read this and you won’t click ‘I agree’ ever again: We’re being spied on by phones, computers, TVs, cars – even the doorbells. Worse, argues Oxford professor CARISSA VELIZ, we’re doing it to ourselves by giving away our data

(This is a Public Service Announcement)

Most of us know that our personal data is being collected, stored and analysed thanks to our relationship with our mobile phones, computers and the internet. But are we really aware of the full extent of the privacy invasions into our daily lives?

Let’s start at dawn. What is the first thing you do when you wake up? You probably check your phone.

By doing that, you are informing a whole host of busybodies – your smartphone manufacturer, app developers and your mobile company, as well as intelligence agencies (if they happen to be watching you) – what time you wake up, where you’ve been sleeping and who you share a bed with, providing they keep their phone with them too.

If you wear a smart watch it will have recorded your every movement in bed – including, of course, any sexual activity. Share a picture or record your thoughts on Facebook, or type a search into Google, and that information is tracked and stored.

Perhaps you’ve run out of sugar and you decide to ask your neighbour if she has some spare. Standing outside her door, you notice there’s a new smart doorbell, which records images of those who come near. It’s anybody’s guess where the footage is going to end up and what it will be used for.

You turn on your smart TV. It is probably identifying everything you watch and sending the data to the manufacturer, third parties, or both.

If you had time to read the privacy policies of the objects you buy, you would also have noticed that your TV picks up and records your spoken words and reserves the right to transmit them to other organisations.

(Block all cameras in your home especially on your “TV” unless you need them for your own purposes, and short any mics. You can do that by buying or making a 1/8th inch headphone jack cable plug that shorts internally, so that your device expects to use an external mic, or just plug in an external mic and switch it off. Cover cameras with bandaids or tape. It would probably be smart to switch off your WiFi when not using it altogether, but that doesn’t stop your phones. A faraday bag really does though. They are now inexpensive. Test them by putting your phone inside them, and then call them from another phone. If the bag, which looks usually like a kid’s pencil case, works, then your phone will not ring. Also no new mail etc. should come in till you take it out of the bag. If you search Amazon for: Mission-Darkness-Non-Window-Faraday-Phones you can find a good one that will hold a few phones at once.)