CBC once again lowers itself to the neo-Marxist trope to deflect from Canadians being good and sick of its constant anti-Canadian and anti-Western propaganda by claiming that comments are racist against women and people of colour reporters on their government mandated and funded networks and never mention the fact that Canadians just hate them for lying about every damn thing they cover, and being a club against anything conservative or traditional while lubricating and even forcing far-left wing extremist views and laws into a formerly free Canada.

The CBC takes public money, but now won’t allow the public reaction to its propaganda and blames it on Canadians for being misogynist and racist. To be frank, one has to be a little bit grateful for this. When the CBC is this consistently dishonest and evil, it removes any vestigial doubt we may have about their agendas.

In a move that can only be described as the pinnacle of embracing snowflake culture, the CBC has said this week it is going to close comments on all of its news links and video posts to Facebook pages to protect the mental health of its journalists.

Journalists – who used to be rugged and used to deal with varying opinions as part of the job description – are “fragile” and “in need of attention”, like many other Canadians post-pandemic, the CBC wrote last week. Increasingly, they are facing “vitriol and harassment” for doing their jobs, the report notes.

“For journalists, platforms like Twitter can be a great way to find sources and promote their work, but also a cesspool of hatred. Increasingly, reporters are also physically attacked,” Andre Picard told CBC.

Women and journalists of color have seen increased abuse, according to CBC President Catherine Tait. In her opinion, those threats pose attacks to “free speech and democracy”.

And what better way to enable free speech, than to shut down all speech?

“That’s why beginning on Wednesday and for the next month, we will close comments on all news links and video posts to the Facebook pages belonging to the journalism division of the CBC (News, Current Affairs and Local),” the CBC wrote.

We have built significant audiences on social media platforms through our program and news accounts. These are vital ways to reach Canadians, and we believe in serving content to people there like we do on TV, radio, web and apps. In fact, some of our social channels boast record numbers, increasing reach and growing engagement with millions of Canadians. […]

Now, right from the seditious CBC itself. A billion + government funded operation a year, (as well as selling commercials) does the Trudeau trick of foisting its own evil, or the consequences of its own evil, on to the Canadians who they are supposed to serve. Just like Trudeau with all his scandals that the CBC helped him bury, now they do that for themselves:

We use this editor’s blog to explain our journalism and what’s happening at CBC News. You can find more blogs here.

There is ample evidence the mental health of many Canadians is fragile and in need of attention after 16 months of pandemic lockdowns, school closures and economic uncertainty.

Journalists are no different. Some recent articles on the well-being of reporters tasked with covering a crisis they’re also living through have many of us looking in the mirror to take stock of our health.

Compounding the stress and anxiety of journalists is the vitriol and harassment many of them face on social media platforms and, increasingly, in the field. As André Picard wrote in a recent column, “For journalists, platforms like Twitter can be a great way to find sources and promote their work, but also a cesspool of hatred. Increasingly, reporters are also physically attacked.”

The president of CBC/Radio-Canada, Catherine Tait, has also written about the increased abuse of journalists on social media, especially women and journalists of colour, and the threat such attacks pose to free speech and democracy.

If public discourse is a litmus test of the health of a society, the conversation on social media suggests we have a problem. It’s one thing for our journalists to deal with toxicity on these platforms. It’s another for our audience members who try to engage with and discuss our journalism to encounter it on platforms such as Facebook and Twitter, where they are almost guaranteed to be confronted by hate, racism and abuse.

That’s why beginning on Wednesday and for the next month, we will close comments on all news links and video posts to the Facebook pages belonging to the journalism division of the CBC (News, Current Affairs and Local).

For the record, I have been to many events that CBC has covered and watched their “reporters” manipulate good people who were at protests and wanted nothing more than the preservation of freedom of speech for all, into being apologists for the KKK. I have seen them use dishonest camera angles to change the appearance of the number of people at events. Seen CBC avoid real grass roots events altogether while covering phoney staged left wing groups yards away from much bigger protests for basic freedoms for all. I have watched CBC invent the motives for large protests while using audio filters to make sure the actual message of speakers at a protest could not be heard while the “reporter” actually made up why they were there in that classic elitist left wing fashion of mocking the rubes.

Whatever vitriol and contempt the CBC receives, let it be known that they earned every single bit of it, the way a 1900s era miner earned every penny in his cheque at the end of a month underground. What a shame their “mental health is too fragile” to be able to handle the fruits of their efforts. 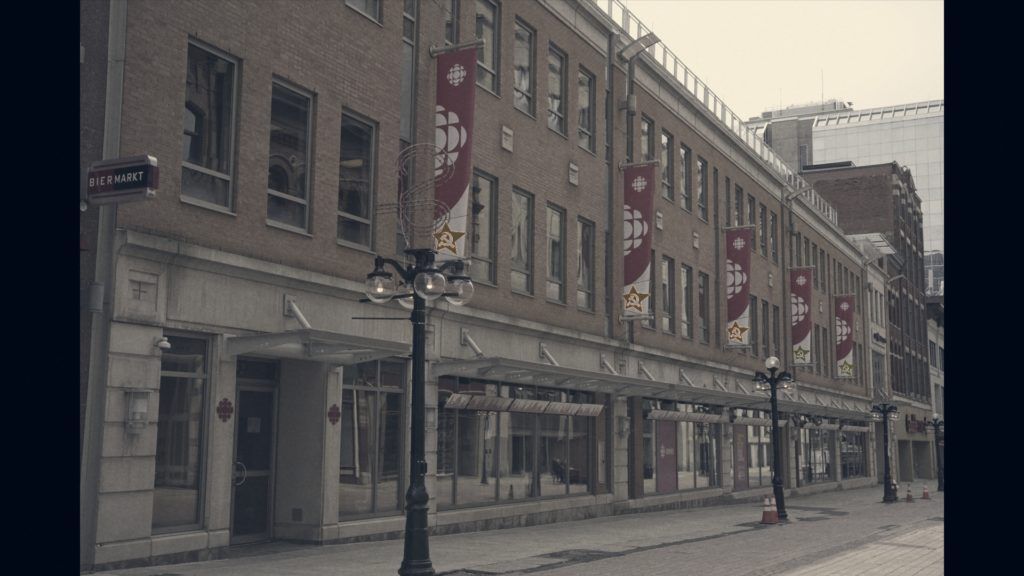 4 Replies to “According to CBC, no comments should be allowed because they are racist and white supremacist”