1. It is incomprehensible using available facts and classical logic, why a hospital would refuse court orders to administer Ivermectin for Covid to a patient who was all but dead.

2. So about this UFO report coming allegedly June 1st. One of my recurring complaints about the video so far released is that i have a hard time believeing that a multimillion dollar military aircraft, and a probably multi billion dollar carrier group, only has a 460i camera on board. The footage of these things looks like it was taken with a 90s era Motorola flip phone. This video makes some bold claims about whats coming when that exact complaint was raised:

3. Graphic designer, Patty Hajdu, the Canadian minister of health who said that vitamin D is fake news, is going to advise us all about vaccines to avoid a fourth wave. Interestingly, this graph 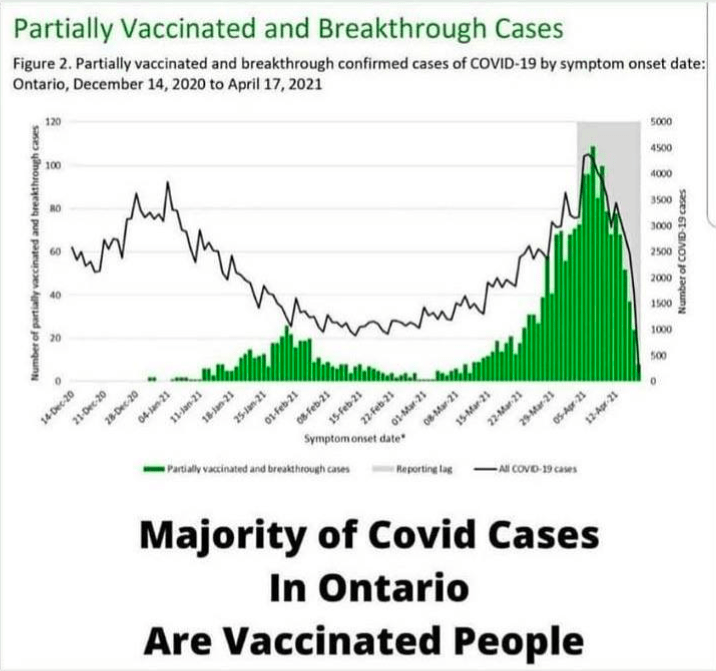 indicates that a majority of new cases are in fact people who have had the injection. (Currently looking for source of that graph)

4. Whats her name: CDC changing definitions of break through cases in order to report less of them for the injected

5. Chilling warning from Beijing to BOMB Australia with long-range missiles should Canberra support US military action in Taiwan

A Chinese propaganda newspaper has encouraged Beijing to bomb Australia if Canberra supports US military action in protecting Taiwan.

Hu Xijin, the editor-in-chief of The Global Times, which is seen as Beijing’s mouthpiece on foreign policy to the world, said China should retaliate with ‘long-range strikes’ if Australia gets involved in a potential military conflict over Taiwan.

‘I suggest China make a plan to impose retaliatory punishment against Australia once it militarily interferes in the cross-Straits situation,’ he wrote in an opinion piece.

‘The plan should include long-range strikes on the military facilities and relevant key facilities on Australian soil if it really sends its troops to China’s offshore areas and combats against the PLA (People’s Liberation Army).’

Mr Hu said it would be important for the Chinese government to send a strong message about the plan for retaliatory military action ‘to deter the extreme forces of Australia’ from ‘committing irresponsible actions’.

6. Doctor in Canada explains that there is zero evidence to justify lockdowns and a lot of evidence showing they do nothing positive.

Exclusive video: Dr. Dennis Modry, “There is no evidence right now to justify the lockdown. In fact, there is evidence to counter the effectiveness of lockdowns”. Watch ? pic.twitter.com/I1RhM6RcGm

Thank you Richard, M., Malca, Kim, Sassy, Paul A., Stefan, EB., Michelle, PC., and many more and many new people that left interesting and informative comments at this site today.

There are interesting videos in the works. I hope to get them to you early in the week. France is experiencing a massive spike in cases of people who are fully vaccinated. This needs to be known and spread.

13 Replies to “Interview with lawyer who had to FORCE hospitals to administer Ivermectin, UFO report news and more: Links 2, May 9, 2021”