1. Austria: Woman poured over with petrol and set on fire – Man with “Egyptian roots” arrested

Calm, as cold as ice. This is how a 47-year-old man allegedly stood in front of his ex-partner in her Vienna tobacconist’s at noon on Friday. He came to wipe out a life – that of the 35-year-old businesswoman. She was poured over with petrol and set on fire. The woman survived with serious injuries. On Friday evening, the getaway of the suspect ended, he was arrested by the special unit WEGA.

A deafening bang, flames and a huge cloud of smoke – a major operation for the rescue services, fire brigade and police in the Vienna district of Alsergrund on Friday afternoon. Passers-by had to watch as a burning woman staggered out of a tobacconist. It was Nadine W. (35), the owner – popular and respected in the neighbourhood. She ran, stumbled, screamed for her life. “The seriously injured victim ran into the street, where an ambulance of the Samariterbund just happened to be,” said Andreas Huber, spokesman of the Vienna Professional Rescue Service. The rescuers immediately rushed to the victim and extinguished the flames with blankets. The alarmed emergency services took the life-threateningly injured woman to the hospital in a speedy drive. On the way there, the tobacconist was able to mutter a few crucial words: the name of her alleged attacker.

2. So, this is not considered harassment. Some Muslim/Leftist trying to trick or con Jewish people in a Kosher grocer to say “Free Palestine”, that is not against Google’s rules on intimidation or harassment. Youtube allows this to remain on their platform. Just so we know what the rules are for the other guys.

3. One Ontario doctor has the courage to fight for science and the scientific method against scientism, the rigid dogma of Marxism couched in the jargon of science.

Earlier this week, Twitter removed one of my tweets; first time ever in my time on this platform. It contained too much truth for this illogical time we're living through. Ultimately, history will be the judge.

"Three things cannot be long hidden:
the sun, the moon & the truth" https://t.co/zmrgiRBqfv

She has decided to take legal action against her detractors. And let it be known, that even if she is wrong, and like all science, it will be shown to be wrong eventually, she is right to sue. Because science is a method that moves forward by disagreement. No concensus is EVER possible in science. Only agreement, not withstanding any new discovery that falsifies whatever is agreed upon. Consensus is politics. Not science.

When an Ontario doctor argued publicly that Canadians need neither a vaccine nor lockdowns to combat COVID-19 but should rely instead on a controversial malaria drug, some of the response was sharp.

At least one of her tweets was removed by Twitter, and complaints were filed to Ontario’s medical regulator. Those recently resulted in cautions for “irresponsible” and “indefensible” behaviour that could endanger public health.

But then the dialogue took a different turn.

Gill filed a $6.8-million libel suit in December against 23 of the detractors – including a former president of the Ontario Medical Association (OMA) – claiming they had maliciously sullied her reputation.

While the Danish government emphasised that its citizens remain in internment camps in Syria for the sake of the country’s security, several assessments pointed out that the risk of radicalisation grows the longer they stay in the camps, which have been deemed “radicalising environments” themselves.

Fionnuala Ní Aoláin, the UN Special Rapporteur on the promotion and protection of human rights and fundamental freedoms, has unleashed harsh criticism on the Danish government over the handling of its citizens in internment camps in northeastern Syria.

“Denmark has always been an advocate for tolerance, human rights and the letter of the law. But you can not just preach it, you must live by it – even when it is difficult politically,” Ní Aoláin said in an interview with Danish Radio, calling on the country to repatriate its citizens, including former jihadists, Daesh* brides and their children, from the Kurdish-controlled prison camps in northeastern Syria.

At least two men, seven women and 19 children affiliated with Denmark currently live in the camps. Of the 19 children, nine were born in Denmark, while ten were born in the conflict zone. The Scandinavian country has been put on the UN’s “list of shame”, which features 57 countries that have failed to repatriate their citizens.

(It’s funny how they keep referring to muslim jihadis who left Denmark to go fight for the Islamic State against all Western nations and cultures, including Denmark and its soldiers, as “Their citizens”. It is infinitely more likely that these are fake refugees that the EU forced Denmark to take, somehow got papers as Danish citizens, and at the first chance, went to fight against Denmark alongside their real nation, the Umma. The language of the Sputnik article feels like it was written by the DSA.)

5. Here is the BS explanation at Youtube for the video below:

Corona Demon on March 6th, 2021 in Vienna.
Shortly after 12 o’clock a large demonstration that had actually been canceled / forbidden began in downtown Vienna. The police were with over 1,500 police officers from Vienna, Nö, Bgld and Upper Austria were on a large scale.

The demo led across the ring, scattered again and again and also escalated. Some of the drivers, like the police, were overwhelmed with the situation! traffic chaos arose. In the Prater (2nd district) there was a counter demo on bicycles. There were several riots and arrests here.
The emergency services were on site with the special unit WEGA, the Be, the EE and the dog squadron (PDHE). A helicopter and a police truck, which are used as fences, were also used.

What it looks like for real, is that what would be a peaceful protest against the Austrian leadership and probably Wuhan Flu measures, was cancelled by authorities using the 4th Reich powers they took under “emergency-measures-which-last-forever” powers, but communists with ANTIFA flags and commie armbands cycling around screaming Nazi at people is perfectly alright.

Thank you M., Wrath of Khan, Johnny U., The JDL., Kalloi, Sassy, EB., PC., Richard, Wrath of Khan and everyone who knows which side of the fence has any remaining freedom. 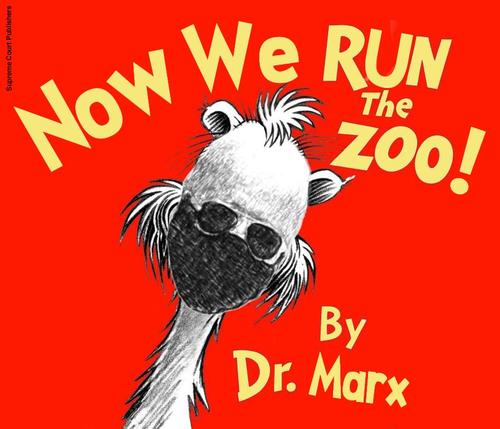 5 Replies to “It isn’t really a double standard. Its a single standard designed to destroy Western peoples and thought: Links 1, March 6, 2021”