1. Black Pigeon Speaks on the decline of Canada via mass immigration

(The left must find itself in a minor dilemma over this one. Is it still racist to contradict a black leader when his policies conflict with the agenda?)

Tanzania’s President John Magufuli has warned health officials against acquiring Covid-19 vaccines saying – without giving evidence – that they could harm the population.

“Vaccinations are dangerous. If the white man was able to come up with vaccinations, he should have found a vaccination for Aids, cancer and TB by now.”

BBC health reporter Philippa Roxby says vaccines are rigorously tested in trials involving thousands of people before being assessed by regulators, who look at all the data on the safety and effectiveness of vaccines before approving them for use on a wider population.

3. Indian news does a Cole’s Notes video on the Zuckerberg bust by Project Veritas

For the last decade at least, we at VladTepesBlog have watched our own channels taken down and usually with manufactured and outright fake reasons. We never monetized our work because we didn’t want to give Google the excuse to get rid of us for that reason. It made no difference anyway. But we have seen them demonetize anyone who goes against the COMINTERN narrative and is effective at it.

This story though, of demonetizing Epoch Times and with no explanation or warning, is the COMINTERN totalitarians showing their true faces. They don’t even need to spin together some nonsense to offset any potential pushback against their semi-hidden policies. Its just brute force now. And at the moment, its the softest possible end of what Brute force can look like. Remember, power corrupts, and absolute power corrupts absolutely. This isn’t a possibility, this appears to be a historical certainty. And if that statement is true, you need a whole other statement of magnitude beyond “absolutely” to describe Google, because Google has clearly achieved a level of power that would barely have been believable in the science fiction of the last century. And certainly more than has been achieved in history. Previous tyrants would use force to make you go along with their agenda. Google alters your whole reality, and if you still resist, separates you from the collective delusion. A kind of digital ostracism.

5. Gotta say, I agree with this muslim preacher for the most part.

#ICYMI: British Islamic Scholar AbdulRahman Hassan: Muslims in the West Must Return to Their Countries of Origin pic.twitter.com/tQHywRTHox

Thank you M., Richard, ML., Miss Piggy, ET., EB., Wrath of Khan, Tama, Johnny U., and ALL who contributed to the enlightenment of this community this week and this year.

This is a general purpose PSA for all who are interested in the Wuhan Flu and accurate testing.

As you all know, the PCR test has been wildly abused, and was never meant as a diagnostic test in the first place, and some expert doctors even claim that unless they specify which virus they are looking for, a positive PCR test, even when real, might be Influenza A or B and not the Wuhan Flu at all. And in a recent conversation with a senior civil servant for the Canadian government, I was told that a Covid test, I am assuming the PCR variety as the results take 3 days to get to you, is around $200.00 per test.

Also there is great confusion in terms of what symptoms define Covid 19, and doubly so, which ones differentiate it from seasonal flu or colds. From nearly a year’s worth of anecdotal evidence and even reports from front line workers with Kung Flu patients, the one common symptom, is lack of taste.

So how can we use this to help determine an infection, and maybe even the stage of that infection? 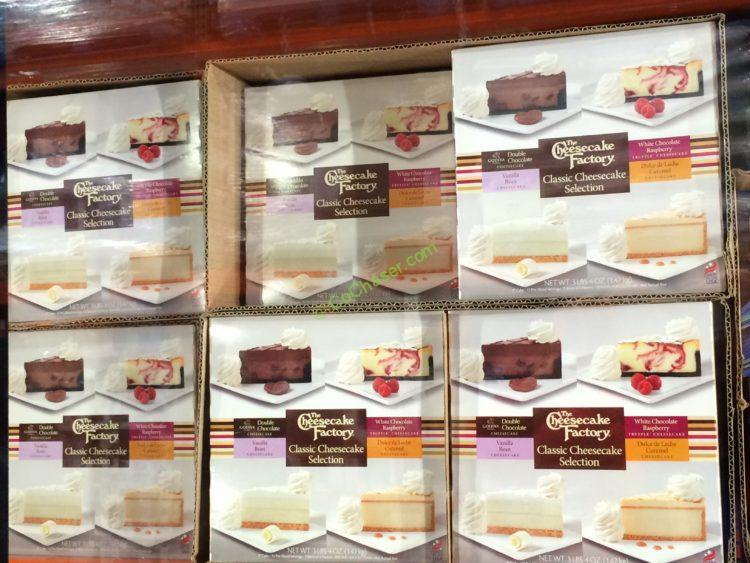 At certain Costco outlets, they have a selection Cheesecake wheel in a box with a couple of slices of 2 flavours each for a total of about 8 pieces of cheesecake with a total of four flavours, one of which is chocolate. (I don’t remember the cost, but its something like $20.00, or a tenth of the single use PCR. The Cheesecake is good for dozens of tests.)

If you want to know if you are Chinese Virus infected, this is a near immediate and only 2 step test.

Step 1: Take a bite from one of the slices of cheesecake. Can you taste it?

If yes, then you probably don’t have the Wuhan Flu.

Step 2: Take a bite from another of the flavours. Can you tell the difference? (Due to false negatives this step may need to be repeated once or twice)

If yes, you really don’t have Covid as most of the flavours are actually pretty similar except for the Chocolate. If worried, try one of the non-chocolate ones then the chocolate. If you really cannot tell the difference or taste the cake at all, its time to source some Ivermectin or Hydroxychloroquine + Zink + Z pac.