In the wake of the pushback against game rigging, and lets face it, flat out evil hedge fund people who destroy working businesses by putting both thumbs on one side of the scale and forcing values downwards with derivatives (mathematical inversions of buying stocks) the same crew who managed to score a partial victory against them, (only partial because the game riggers called a time out on the game as soon as their illegal or at least profoundly unethical trickery stopped working) are now trying to do a similar thing to the price of silver.

This is a whole lot of fun and something we can all participate in easily. Go to Kitko silver chart to watch what the “spot price of silver” is doing, and if you like, call one of the big bullion dealers and buy some physical silver and help push the price upwards.

There is a caveat though in our opinion.

The theory used to punish the hedge funds, is not fully applicable to silver as it was to Game Stop stores. The idea, as I understand it, (expect people who know a lot more than I do to comment under this post and read and consider those opinions carefully. They could be right, and I may be totally misunderstanding the situation like Power Line did on their short article on the Game Stop issue) that the price of metals like silver and gold are being kept artificially low by paper shorts. That for every Oz. someone thinks they own on paper, whether it be a pseudo-physical silver company like Sprott, or just buying some derivatives that attempt to predict a future silver price, there is only a tiny fraction of that amount in actual circulation. So a run on physical silver should drive the price up to what it should really be based on supply and demand.

The thing is, with Game Stop, as I understand it, the owners also called their brokers and told them not to lend shares to short sellers. This helped stop the downward pressure on share price while new buying drove it up, righteously punishing the vultures that had planned to push it into the ground and pluck its bones. If the Hedge funds could not borrow shares, they cannot push the price down then sell the shares back and take the difference. (Rumours after 911 circulated that Osama Bin Laden had shorted the airline used to crash into the WTC on Sept. 11)

So there is no way to stop the fed reserve or any other party interested in maintaining the value of the dollar from issuing as much paper silver, in effect a short, as it floods the market with non-existent supply. However if this was the only variable, then purchasing lots of physical silver from places that have to deliver your purchase theoretically would bring silver to a real supply-demand price. Which, according to the theory outlined above, would be very high indeed. Hundreds of dollars an Oz. troy.

There is however another variable that also was not in play with Game Stop.

When you buy silver from a bullion dealer, you are buying a product. So some of the signs that the attempt to push up silver is working, signs that also appeared during the first lockdown by the way, may or may not mean what they think it does. Remember, whatever it is you buy, is made by someone.

Imagine you sold snowballs at the side of a field. its just you and a pair of leather mitts and you can make about 3 decent snowballs a minute. Normally you sell just under what you can make for gangs of kids determined to snow each other under and can’t be bothered to make their own, or yours have better ballistics. Suddenly, there is a rumour that there isn’t enough snow, so people start buying your snow balls at 5X the rate you can produce them.

Well. The price will go up a lot Im sure. But it doesn’t mean there is a shortage of snow. Just of the ability to make it into a form they want their snow to be in.

This might explain the gap between the ‘spot’ price, or price the metal is thought to be worth, and the price per Oz. dealers are selling it for.

Normally most bullion dealers sell basic silver products for about USD $3.00 to $3.50/Oz over the spot. But during the lockdowns and now, its closer to ten dollars.

This doesn’t mean the price of silver is up ten dollars. It means that the dealers are taking a higher margin because of the demand for their inventory which is strained from massive buying right now. 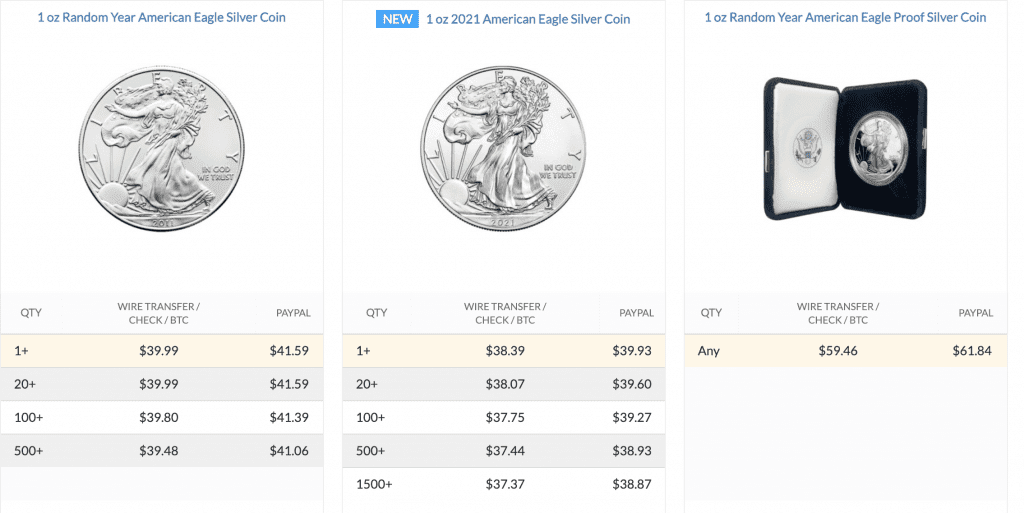 The actual spot is going up though. But it seems to have a ceiling at USD $30.00 Oz. at the time of writing, it has bounced downwards every time it gets close to that price.

(If Silver manages to substantially break USD $30.00/Oz that may be meaningful)

Now this still doesn’t mean either theory is correct. Its also possible, likely even, that experienced traders who buy large amounts are are happy with a modest profit, sell as soon as it nears $30.00 as the first rule of the day trader is “Don’t be greedy”. If enough people sell once these Reddit guys drive the price up for them, then the price will come down. This is all true even if there is ZERO truth in the paper metals theory that holds these commodities down in price.

It should be noted that it is pretty much universally believed that there is massively more silver and gold out there than physically exists, and this is why its cheap. And also, this is why the Reddit group has decided to target Silver to try and correct the price to market forces.

The thing is, it might actually be at market value.

Either way it will be really fun to watch and minimal harm is likely to anyone because if you buy silver and take delivery of it, (buy physical bullion instead of any kind of promissory note) you have the silver. And even if the price goes down, you don’t lose anything unless you sell it and it can still be used for things. Less so since digital cameras. But some things. Really big and cool looking belt buckles could be in our future.

11 Replies to “You’ve got the silver”