2. Moderna mRNA injection does not agree with everyone. (Restored) 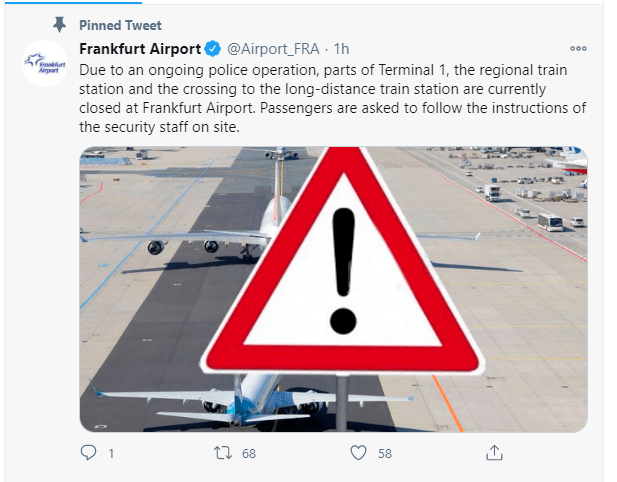 President-elect Joe Biden on Friday named a senior advisor for his incoming administration who had resigned from the Obama White House in 2009 after a clip surfaced showing her praising Chinese communist dictator Mao Zedong.

Anita Dunn resigned from her post as the White House communications director in 2009 after Fox News surfaced a clip of her praising Mao as one of her “favorite political philosophers.”

“The third lesson and tip actually comes from two of my favorite political philosophers: Mao Zedong and Mother Teresa—not often coupled with each other, but the two people I turn to most to basically deliver a simple point, which is, you’re going to make choices; you’re going to challenge; you’re going to say, ‘Why not?’; you’re going to figure out how to do things that have never been done before,” Dunn said in an address to the St. Andrew’s Episcopal High School in Washington in 2009, according to CNN.

After the clip surfaced, Dunn said the Mao reference was an attempt at irony which fell flat.

(Ask yourselves what organized crime is willing to do, to control distribution of some drug in a given area of a city. Then ask yourself what similar people would be willing to do, to control the most powerful nation and military in the world, which also prints the world’s reserve currency and makes the world’s stuff. The answer is all around us, and in the near future may well scale up to the organized crime proportions)

Parler’s CEO has gone into hiding with his family after receiving death threats, according to a new court filing.

CEO John Matze “has had to leave his home and go into hiding with his family after receiving death threats and invasive personal security breaches,” the filing in Parler v. Amazon states.

Parler sued Amazon Web Services (AWS) after the company refused to continue working with the social media company. Parler went offline on Monday as a result and continues to be offline.

Amazon asked the court on Tuesday to redact names, job titles, and descriptions from court documents.

“Redaction of the employee identifying information is necessary to protect their safety and security and to prevent potential harassment,” Amazon said. “These employees’ safety concerns are well-founded in light of significant and repeated threats of physical violence against AWS, its facilities, and its employees in the wake of AWS’s decision to suspend its cloud hosting agreement with Parler.”

The motion included screenshots of posts that appeared to be from Parler in which users threatened to carry out violence against Amazon workers, executives, and facilities.

6. Ontario municipalities do increasingly sh**ty things to their constituents for their own good. Of course. Cause it always is.

I think we have just found the worst government in Canada. Despicable. https://t.co/eWp3GMKMeW

7. BLM/ANTIFA activist was in CHARGE of the run on the Capitol building in DC on the 6th, according to his brother.

BREAKING: Brother of John Sullivan, the man arrested for storming Capitol said: “He believes his brother was not only involved in the Riots at the Capitol, but somehow in charge.” #JohnSullivan #antifa #cnn @jaketapper pic.twitter.com/3qSjKKQ9eu

Once again, this is the guy:

(What was that the gunman yelled? Was it something about Oktoberfest? Oh no it was…)

A man sparked a mass evacuation and armed response at a German airport when he shouted ‘Allahu Akbar’ after police confronted him for not wearing a face mask.

The 38-year-old man, from Slovenia, acted aggressively towards police at Frankfurt International Airport when police approached him for not wearing a face mask at around 5.16pm today.

The man shouted, ‘I will kill you all, Allahu Akbar’, before he abandoned his luggage and attempted to flee the scene.

Terminal 1 of the airport was evacuated and footage saw armed officers surrounding a suspect while all passengers were seen standing outside the airport with the regional train station also closed.

‘He immediately showed aggressive behavior towards the officers and said, “I will kill you all, Allahu Akbar”.

The most telling graph of the entire Covid19 pandemic is not a Covid19 graph, it is an influenza graph. Here it is. ?? pic.twitter.com/bppFH3Am6w

Thank you M., Xanthippa, Richard, Johnny U., Pym Purnell, MarcusZ1967, Wrath of Khan, Gates of Vienna, Marianne W. and MANY more who are keeping their eye on the ball even as it leaves the court.

Anyone know where there are Osprays over Washington DC? Aren’t those exclusive to the Marines?

Here is some speculation about the Osprays. Thomas Wictor confirms 100% its the Marines.

Probably its a huge show of force by Biden et al to justify why no one will be at his inauguration. but here is some hopium for those who want it.

8 Replies to “Guy shot for not wearing a mask in Frankfurt. He also yelled “Ill kill you all allah hu ackbar” but probably shot for the mask: Links 2, January 16, 2021”