1. Tucker discusses the Project veritas bust of Twitter for its bias

(What makes this an extra layer of infuriating authoritarian BS, is that the mRNA treatment mislabeled a “vaccine” does not confer immunity on anyone, nor was it meant to. It is alleged to mitigate the worst symptoms so fewer people die or suffer some of the horrors of Covid should they contract it. But if it doesn’t prevent transmission or reception to the disease, what does it have to do with travel?)

A coalition of big tech companies, including Microsoft is developing a COVID passport, with the expectation that a digital document linked to vaccination status will be required to travel and get access to basic services.

The group is calling itself the Vaccination Credential Initiative (VCI), and includes Microsoft, Salesforce and Oracle.

The US health provider Mayo Clinic is also involved in the project, which is being described as “the most significant vaccination effort in the history of the United States.”

The idea is now a familiar one. Anyone who has been vaccinated will receive a QR code that can be stored on their mobile phone in the wallet app. Those without phones will have access to a printed version.

We have previously reported on the development of this so called ‘CommonPass’, which also has backing from the World Economic Forum, and now more details have emerged.

(Remember. This mRNA tech is brought to you by the same people who made Windows Vista.)

3. Yet another mRNA injection is being called a “vaccine” which has nothing whatsoever to do with using an attenuated pathogen to train immunity)

Bill Gates, the fourth richest person in the world and a self-described nerd who is known for his early programming skills rather than his love of the outdoors, has been quietly snatching up 242,000 acres of farmland across the U.S. — enough to make him the top private farmland owner in America.

After years of reports that he was purchasing agricultural land in places like Florida and Washington, The Land Report revealed that Gates, who has a net worth of nearly $121 billion according to Forbes, has built up a massive farmland portfolio spanning 18 states. His largest holdings are in Louisiana (69,071 acres), Arkansas (47,927 acres) and Nebraska (20,588 acres). Additionally, he has a stake in 25,750 acres of transitional land on the west side of Phoenix, Arizona, which is being developed as a new suburb.

According to The Land Report’s research, the land is held directly and through third-party entities by Cascade Investments, Gates’ personal investment vehicle. Cascade’s other investments include food-safety company Ecolab, used-car retailer Vroom and Canadian National Railway.

5. Algerian Deliveroo courier is JAILED in France for refusing to deliver Jewish food and will be DEPORTED after four-month sentence

(Could we see a list please of foreigners in France who: Committed rape, murder, robbery, ran or was part of a child sex slave gang, arsonist, was in possession of and perhaps used an illegal weapon, discriminated against a Christian or native French person in an illegal way and or violent, and WAS NOT JAILED AND THEN DEPORTED? Not defending the delivery guy, but c’mon.)

A court in eastern France has convicted a Deliveroo driver of anti-Semitic discrimination for refusing to transport orders of kosher food.

Interior Minister Gerald Darmanin said on Thursday that the Algerian courier would be deported after he completes his prison sentence.

The conviction in the city of Strasbourg came two days after a regional Jewish institution, the Israelite Consistory of the Bas-Rhin region, said two kosher restaurants had reported that drivers working for Deliveroo refused to handle their food because they didn’t want to deliver to Jews.

The group and restaurants filed a legal complaint, the consistory said Tuesday, denouncing what it called ‘openly anti-Semitic discrimination.’ Only one deliverer was ultimately involved in the court action.

The interior minister tweeted that the Algerian man, who was in France illegally, had been convicted and handed a four-month prison sentence.

Thank you all for your contributions today, from MissPiggy, Richard, Malca, ML., M., Johnny U., Pym Purnell, Kalloi87, Wrath of Khan, and MANY more

For those of you using Signal app on your phones, no fear. Signal is still an excellent and secure way to communicate and call and send data. But thanks to the wisdom of crowds, they experienced 40 MILLION New sign ups on one day and its stressing their system a bit. They WILL be back and in perfect shape soon. And this also may mean a mass exodus from the dishonest spyware called, Facebook Messenger. Or to be perfectly accurate, the honestly spyware app, Facebook Messenger. So this brief intermission in Signal Service is a small price to pay. All of you with smart phones who don’t have Signal, please consider getting it from the app or play store within the next week. 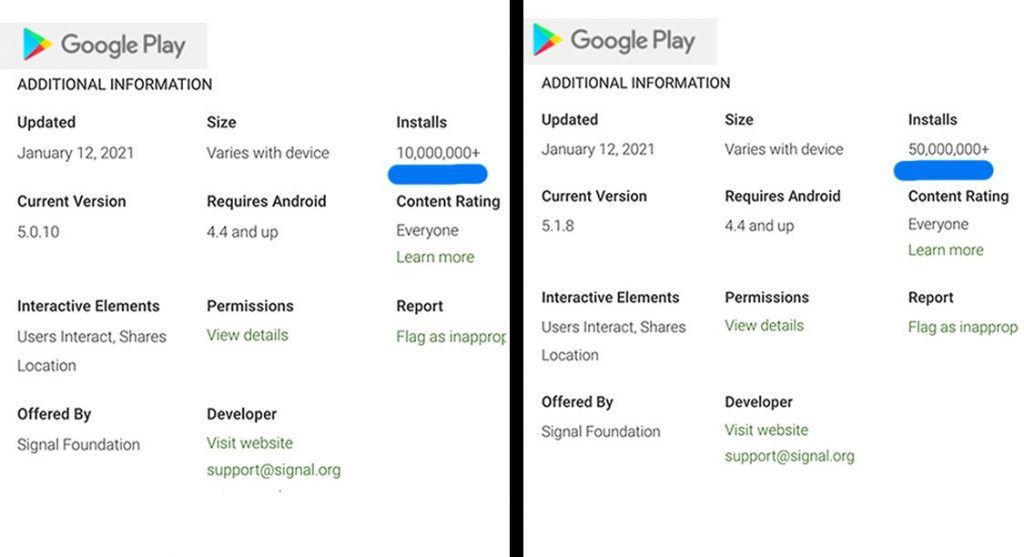