1. The man forgot to ask one important question. “What are you reporting about people who won’t be tested”. That is the question that matters. They clearly have some kind of pad to keep records.

2. Just some of the damage of government policies over Covid

These things do not fit THE narrative. If they are ignored, they do not exist. If they acknowledge that COVID is not Ebola, then they would have to own all the collateral damage.

Overdose deaths in Toronto in 2020 upper line vs 2019 lower line. Not as bad as in BC, yet. pic.twitter.com/SDZyCLftI6

3. Recording more Soviet like MSM enemy propaganda about who does what

This is an important data point – a person in Antifa dress is arrested, and is characterized as a "Sovereign Citizen," the preferred by guys. It's important to catch this early and record it because this type of evidence has a way of vanishing. https://t.co/kp8TzhcFxm

4. Another never made the news 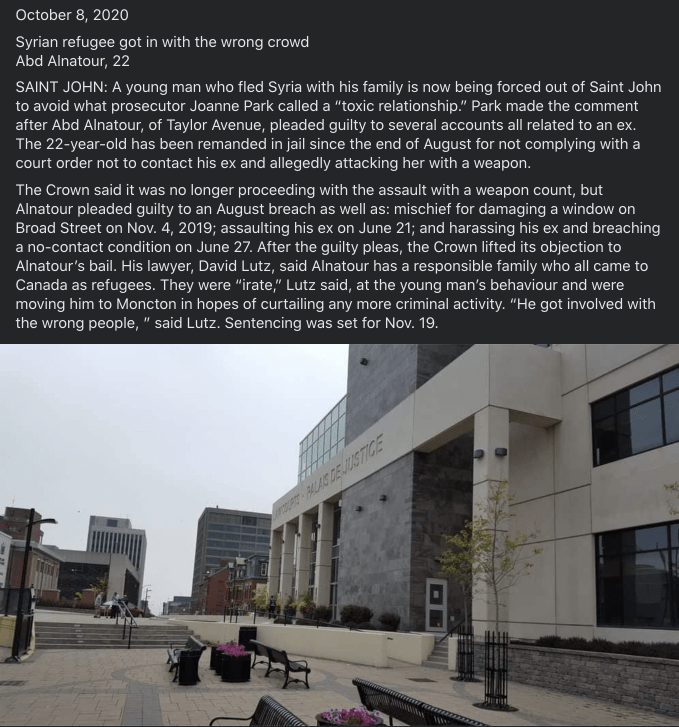 5. Another doctor on masks

6. How China is doing colonization today

7. Although Global News avoids saying it, other information I have received indicates that this cathedral shown at around 2:03 of this video, was deliberately targeted suggesting a jihadi or at least more Islamic nature to this war against Armenia.

8. Petition by epidemiologists and other medical professionals asking for specific changes in policies by governments in response to Covid 19. Please read this and if it makes sense to you, sign it and pass it on. It has already thousands of signatures by doctors and medical proffesionals and 130,000 members of the public have signed it.

On Friday night, Natalie was traveling by public transport in Stockholm when an immigrant gang of men spotted her. They started harassing Natalie by sitting on her, and when she asked for space, she was told, “What did you say you little whore?”

The gang then turned violent and attacked Natalie (pictured above) in front of about 50 metro train passengers who just watched without intervening.

The incident happened around 9:00 p.m. Natalie described the man who attacked her as three Arabs and one African in their 20s and 25s.

The Samhällsnytt online daily spoke to Natalie on Sunday, when she was still visibly shaken by what happened to her.

“I stepped on the metro, and just when I sat down, someone came and sat on me. I asked the person to move because he was literally sitting on half my hip. The person said, ‘Huh, what did you say?’ I said, please, can you move. Then the person said, ‘What did you say you little whore?’and slapped me in the face while laughing,” Natalie describes the incident.

Natalie says that she was shocked and withdrew to have more space. The person who started harassing her was then encouraged by his fellow friends who surrounded Natalie. She thought that they were about to rob her, but instead, they started humiliating Natalie and groping her.

Thank you Wrath of Khan, Richard, Johnny U., M., ML., PC., Yucki and MANY more who remain focused and clear sighted in times of increasing gaslighting and totalitarian information control.