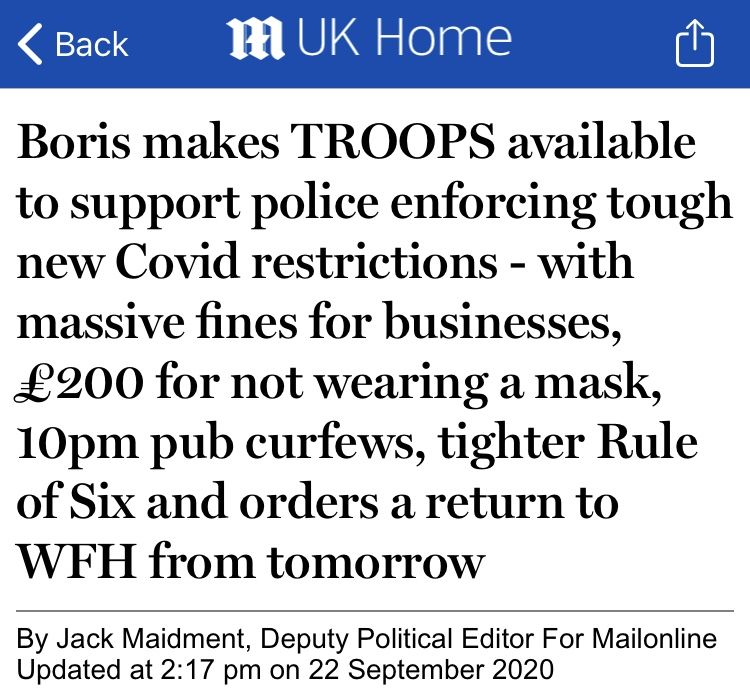 (UK Armed Forces are now to police the “domestic“ internal threat, of the non-compliant citizen, not the actual external — well-established, ISIS terrorist-conduit constituting — threat, on the nation’s frontier.)

With over four years to iron out the logistics of illegal English Channel crossings — by fortune-making people smugglers, quite obviously known in bulk, to both British and French authorities, as Facebook is routinely used to coordinate rally-points for maritime passage— migrant boat people landings are now so numerous, in 2020, across the UK’s southern coast, daily, that even Covid-emptied hotels are insufficient to house them all. (article from 2016)

Instead, army bases emptied by decades of defence underfunding are being pressed into service (no, their gates shan’t be locked). In the below army barracks’ case, it was first founded, in Napoleonic times, to resist rather than facilitate invasions from the Continent.

The backbone of daily live coverage, of the influx of illegal aliens, is chiefly provided by citizen YouTube journalists, frequently subject to arrest for “trespass” and police harassment; whose own exposés would get zero traffic, were it not for the almost unique heroism of Nigel Farage in bringing the ongoing scandal to national attention. (today alone)

And in a Britain now denied Freedom of Assembly, for more than six (with illegals clearly exempt), having state imposed curfews, and whose citizens now face £10,000 fines merely leaving their own homes — on the basis of Covid tests whose established statistical inaccuracy, ranges from 30-90%, or even merely being recorded as in close proximity to someone exhibit “symptoms” — the country’s press continues to ignore the grave warnings of its senior commentator Peter Hitchens:

Namely, that the statistically-unfounded Covid hysteria (see below), within which the nation’s media is being drenched by government: finds its core impetus in precisely 8 days time.

The Real Science of Covid

When, on September 30th — with the Westminster Parliament having been entirely written-out of consultation or decision-making — the provisions of the Coronavirus Act (2020), under which an executive Statutory Instrument-driven, rule-by-decree/regulation/& fines reality, has genuinely replaced legislative government in Britain — the provisions of this Act, itself hinging on a 1984 law to deal with nationwide radiological attack(!) — this fundamental piece of democracy-gutting law, comes up for expiry, and requires a House of Commons vote, that day, in order to be renewed.

With the above, a mere single example, of the sort of chilling five-to-midnight Statutory Instruments (SI) routinely being made law by government, several times each week now, thanks to the Coronavirus Act — SI’s are comparable to Executive Orders, in the US; a constitutional checks-and-balances based republic, however, instead of a supposedly sovereign parliamentary democracy — these facts, when combined with how the country’s pro-statist “Opposition,” have declared their intent to continue voting to award sweeping powers to government, without question…

Starmer Will Agree to any Further Restrictions Whatever they Are

…means that, there is genuinely just over a week left, to preserve the survival of recognisable freedom, in the United Kingdom of Great Britain and Northern Ireland, from its ongoing and open-ended extinction.

3 Replies to “Contents of an email From George I on the new Covid lock down rules for Great Britain.”