1. Brilliant short clip on the slippery slope of tyranny

Listen closely – you may have to watch this video a few times before it sinks in.

This video shows how easy it is to start the Slippery Slope To Tyranny#LeadRight#TWGRP https://t.co/jvrmXLRvr9

2. Canadian Journalist, Margaret Wente a recent victim of what is called Cancel culture but in reality needs to be called what it really is. Destroyed for insufficient obsequiousness to the communist narrative, or worse, daring to challenge any component of it. She was excommunicated for being a thought criminal.

“I thought Massey had just resolved to educate its members about racism and microaggression and do better to create a safe and welcoming environment for marginalised people,” one complainant wrote. “And then we invited Margaret Wente to join us? Seriously? How are my friends and colleagues supposed to feel safe sitting across from her at dinner?”

Dozens of scholars threatened to resign from the college if my appointment were allowed to stand. A few did so pre-emptively, in fact. They included Alissa Trotz, director of the University of Toronto’s Women & Gender Studies Institute. “Margaret Wente is someone who has demonstrated consistent and outright hostility to questions of equity, women and gender studies and anti-racism,” she wrote in her letter of resignation. Trotz claimed that she hadn’t been aware of my nomination—an odd claim given that she’d been a member of Massey’s governing council and sat on the governance and nominating committee.

(The language of course is what we have come to understand as the impenetrable hypocritical nonsense from which there is no escape. A tar baby where the facts of the issue mean nothing.)

3. Speaking of the dialectic 4D push to the left…

BLM BOARD MEMBER. She was convicted for the 1983 bombing of the United States Capitol Building, the U.S. Naval War College and the New York Patrolmen's Benevolent Assoc. @KerriKupecDOJ @ https://t.co/1tkLYHGnAj

4. Aside from the main point of the following tweet is the bigger issue of exactly how tied is the media with the deep state? The Roger Stone arrest was so staged, such blatant political theatre there should have been a revolution of sorts based on what we should have learned from that one event.

That when the deep-state wants us to see and think something they make damn sure we do by making sure all cameras are in place when needed. But when they don’t want us to notice what is going on, well notice that none of the Canadian media covered Trudeau’s black-face nonsense until a US paper, the Buffalo Chronicle, forced their hand. And then it was just to provide cover for him. Again, not that the black face thing should have been a crime or anything. It was not. But that we know how the left would have handled it had it been a ‘counter-revolutionary’ or ‘Conservative’ person who did it.

The various ethical violations and financial crimes of Trudeau are perhaps better examples although less visible. Which actually make them better examples.

One might test this theory by how the CBC will manage this crisis. If they follow practice, they will initially try and establish credibility by reporting on it to the degree necessary offering a little false hope that they have become journalists instead of propagandists, and then offer cover for him to minimize the nature of the crime, or even somehow turn it around so the rest of Canada is guilty and Trudeau is our great teacher like they did with the Al Jolson scandal.

pardon me but, where is Ghislaine Maxwell's mugshot photo? or any photos of her arrest? Roger Stone had CNN and SWAT show up to his house right, no cnn cameras for Maxwell? Did she really get arrested at all or are we being gas lit? #WWG1WGA

5. Why is the siege on Portland getting so little media?

The Melrose police chief has launched an investigation after one of his officers typed a message on a traffic sign that read, in part, “All Lives Matter.”

Mayor Paul Brodeur shared a photo of the traffic sign, which has since been changed, to his Facebook page on Wednesday. In that photo, the sign reads “The safety of all lives matter.” 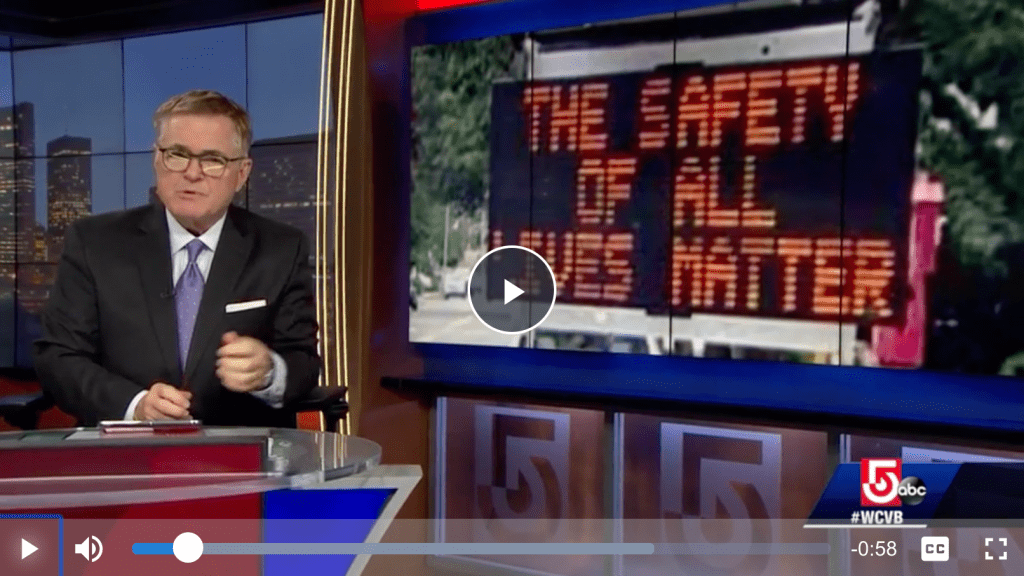 Thank you Ruth J., M., Wrath of Khan, Richard, Yucki, Johnny U., PePi, and all who sent in materials this week.

More to come including a fascinating look at what adults sound like doing politics. A meeting of three East European leaders who do not agree on major issues, but all show tremendous mutual respect, and speak to issues in an honest and adult way.

3 Replies to “When you see things in Revolutionary Vs. Counter-revolutionary terms it all makes a great deal more sense. Links 1, for July 10, 2020”