1. James Woods tweet shows a lotta shooting and mayhem at a peaceful protest in Louisville

Millions of Democrat voters support defunding the police and eradicating our constitutional right to bear arms. Louisville is home to many who think that way. Let’s visit with them and see how it’s working out! pic.twitter.com/hpnt7YMlpf

(I would like to take this opportunity to say that WW2 was also mostly peaceful. It isn’t like there were constant battles all over Europe. And for every man that both the Nazis and the Allies had on the battlefield, being again, a very very tiny proportion of the total surface area of Europe and the oceans involved, there had to be around 15 peaceful support personnel to make the ammunition and weapons, cook the food and do logistics for the troops. When you do the math, WW2 barely had any fighting in it at all! It really was nearly entirely peaceful.)

THE TRUE FACE OF COURAGE pic.twitter.com/XtiXO7JUyn

3. What about the homeless in San Fran?

4. Seattle police begin the push back

I take great pleasure in sharing this video of Seattle law enforcement taking their city back from thugs Pantifa & BLM.pic.twitter.com/UgS6v7MAfV

5. Some people seem to be getting a little fed up. This is a good start

6. So the way this works is, communists get to invent what everything means and who everyone is, and then we have to change everything based on that. ANTIFA calls people NAZIS who just believe in freedom of speech which justifies ANTIFA attacking them, and then they decide what the State flag of Mississippi means and now the state took it down.

7. Please read this thread. We are on our own now.

Yesterday, while praying for peace and unity in our city and the protection of the Saint Louis statue, Black Lives Matter protesters started to harass, berate, and assault the Catholics that were peacefully praying. We did nothing in retaliation

8. Lets compare Dr. Bostom’s view on the state of Corona in the US with Bill Gates’ view

US Covid19 7d average deaths down to just above 500 despite “reopening hysteria”. As noted earlier, past 24hr U.S. total hospitalizations, ICU bed occupancies, & ventilator usage are down as well https://t.co/Df4wIGq57N pic.twitter.com/QC0fuG3FTn

President Donald Trump announced late Friday that his administration would be enforcing federal provisions demanding that cities and states protect monuments paid for by the federal government and threatening those who pull down monuments with “long prison time.”

Trump tweeted about the executive order on Saturday, calling it a “strong” response to efforts, across the country, to pull down monuments deemed “racist” or “controversial.”

“I just had the privilege of signing a very strong Executive Order protecting American Monuments, Memorials, and Statues – and combatting recent Criminal Violence. Long prison terms for these lawless acts against our Great Country!” Trump tweeted.

10. Pakistani dance critic kicks dancer down while holding a pail of Fanta

Thank you Richard, M., ML., Wrath of Khan, Xanthippa, EB., ET., C., and all who sent in thoughts and links this weekend. 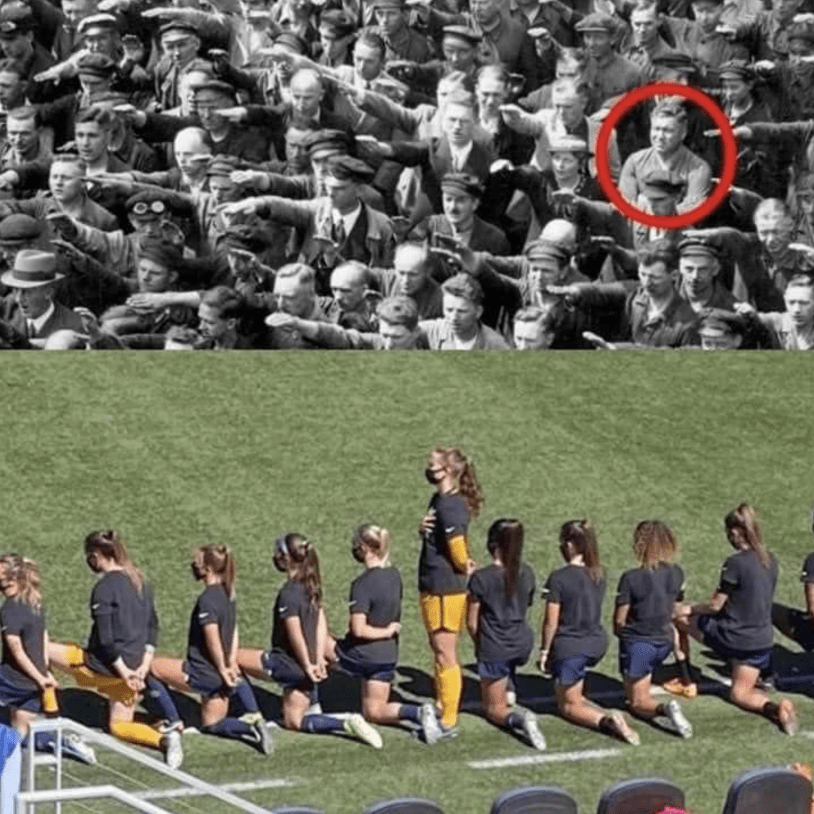