1. Canadians, including Trudeau voters, overwhelmingly want a halt to immigration. What a shame they didn’t listen to the man they voted for. Destroying Canada as a culture and a people by mass immigration was always the central pillar of his policies.

#EXCLUSIVE: Three-quarters of Canadians (76%) want a total ban on immigration.

This includes 67% of those who voted Liberal in the last election and 89% who voted Conservative.

Check out this exclusive report based on a poll commissioned by True North.https://t.co/jPZIqill2V

This is truly despicable & society should never accept such behaviour – we are here to protect you! The officers are safe, but clearly shaken & incredibly brave too. Arrests will be made… this must stop. BCU Cmdr Marcus Barnett https://t.co/WbVkfYEPHj

3. Sooner or later I hope someone notices that this is brought to you by the exact same people, ideology, groups who are waging a war to end borders altogether.

Capitol Hill Autonomous Zone in Seattle. 6 blocks retaken back for the people. “You are now leaving the USA” when you enter. Long live the fucking revolution. ?? pic.twitter.com/xgFVjA33mx

So their borders for their reasons, good. Ours, bad. Ok then.

4. Flattenthefear.com seems like an interesting site. Equally interesting is if you type “flatten the fear” into google you do not get a link to this site, at least not on the first page of results. And that despite Dennis Prager promoting this site and its contents on his massively large show. ***UPDATE*** It appears that the metadata of the site was not entered. Google WILL ignore a site that has nothing to say about itself, not even its name. Something even weirder about that than Google de-ranking. 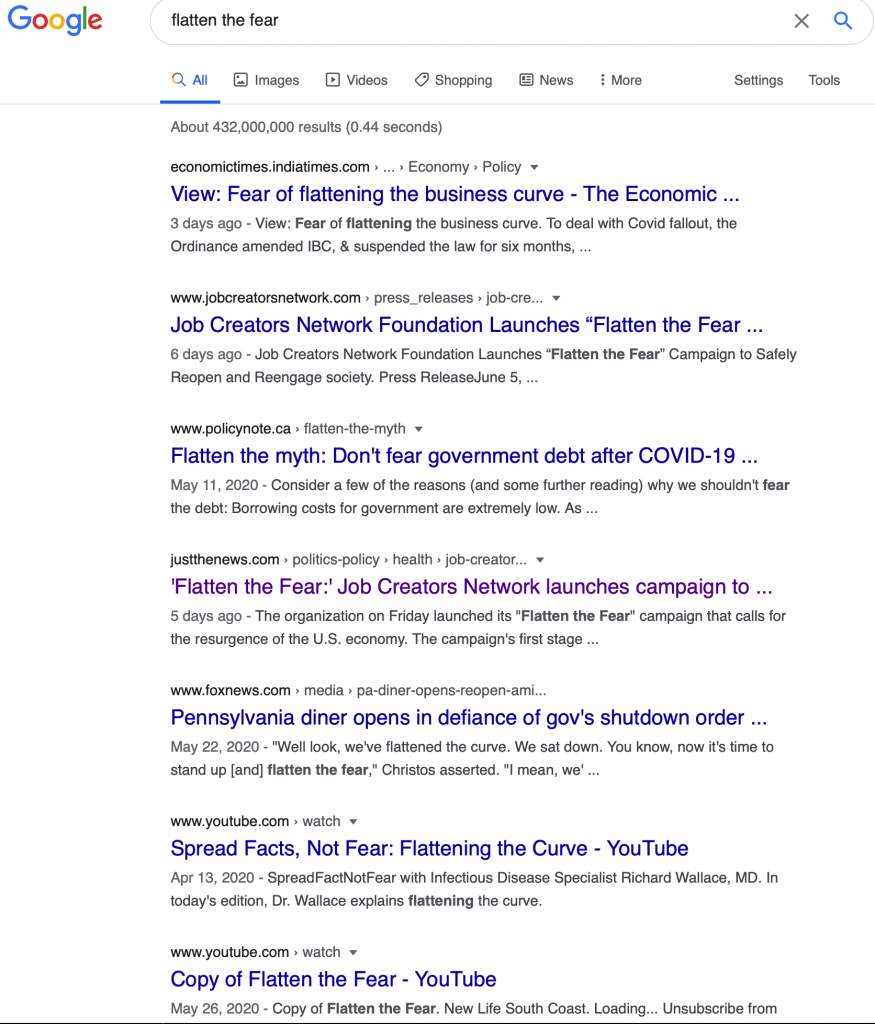 (Russia and Hungary has taken the same tack. Obviously all Islamic and some African non-Muslim states as well. Basically anyone who wishes to survive as a people and culture.)

7. This seems to fit the facts as we understand them

Thank you M., ML., PePi, Wrath of Khan, Richard, Yucki,  Chris Jones, and all who sent in thoughts, materials and help to the site.