Wouldn’t it be great to find out why? I know why I would. Will look for the explanation.

What the heck is the projectile in that twitter video that slams into the ground near the bikes?

Here is a screen cap of that moment: 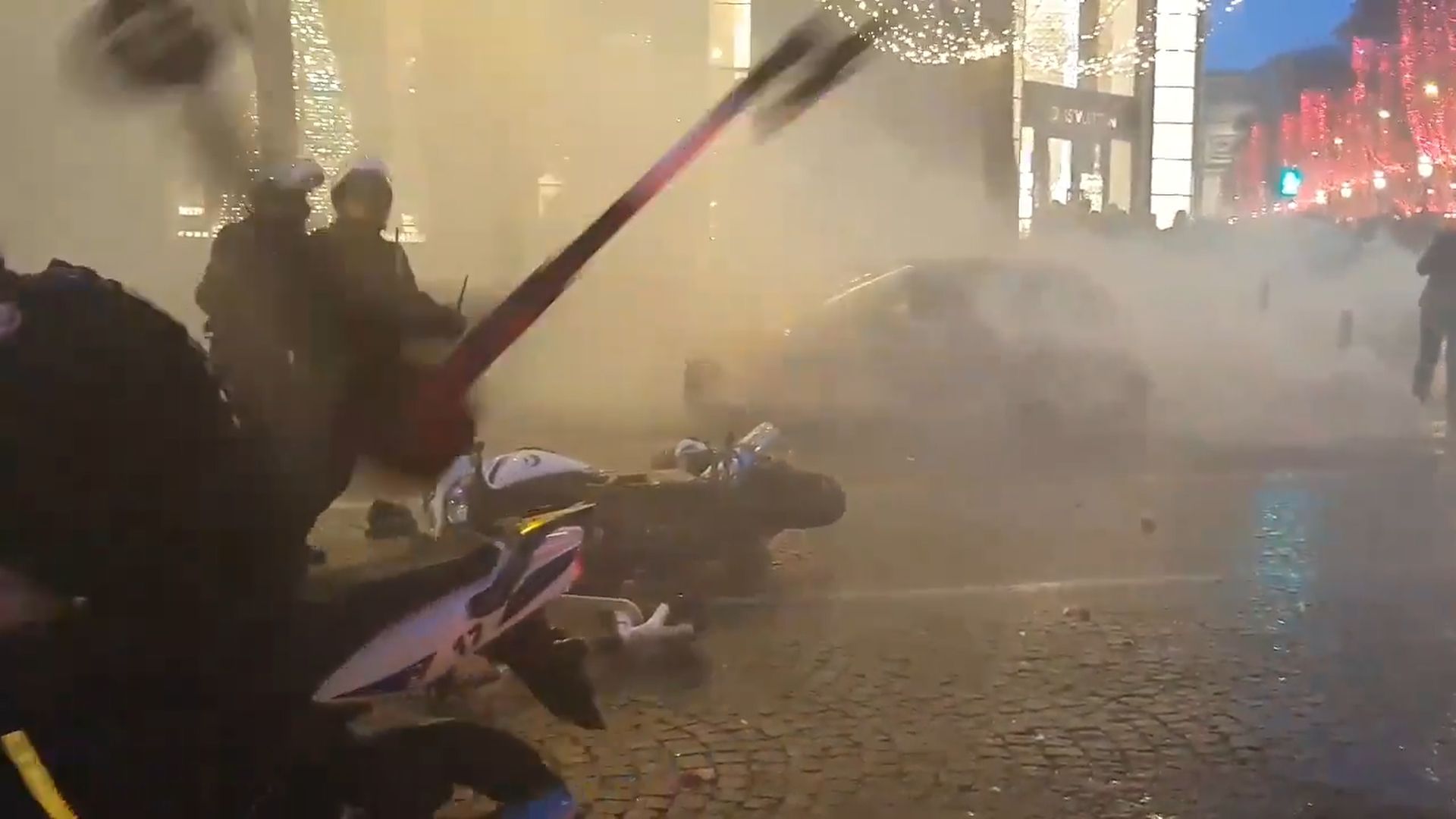 Here is a better video of that moment. Watch full screen. Looks like several scooters, a large potted plant and I dunno, an RC airplane?  crashes into the police.

UPDATE: I think I missed the point of this video. It actually shows a Paris cop drawing his firearm at protestors. If this gets well known, I cannot see this going well for the administration of France. 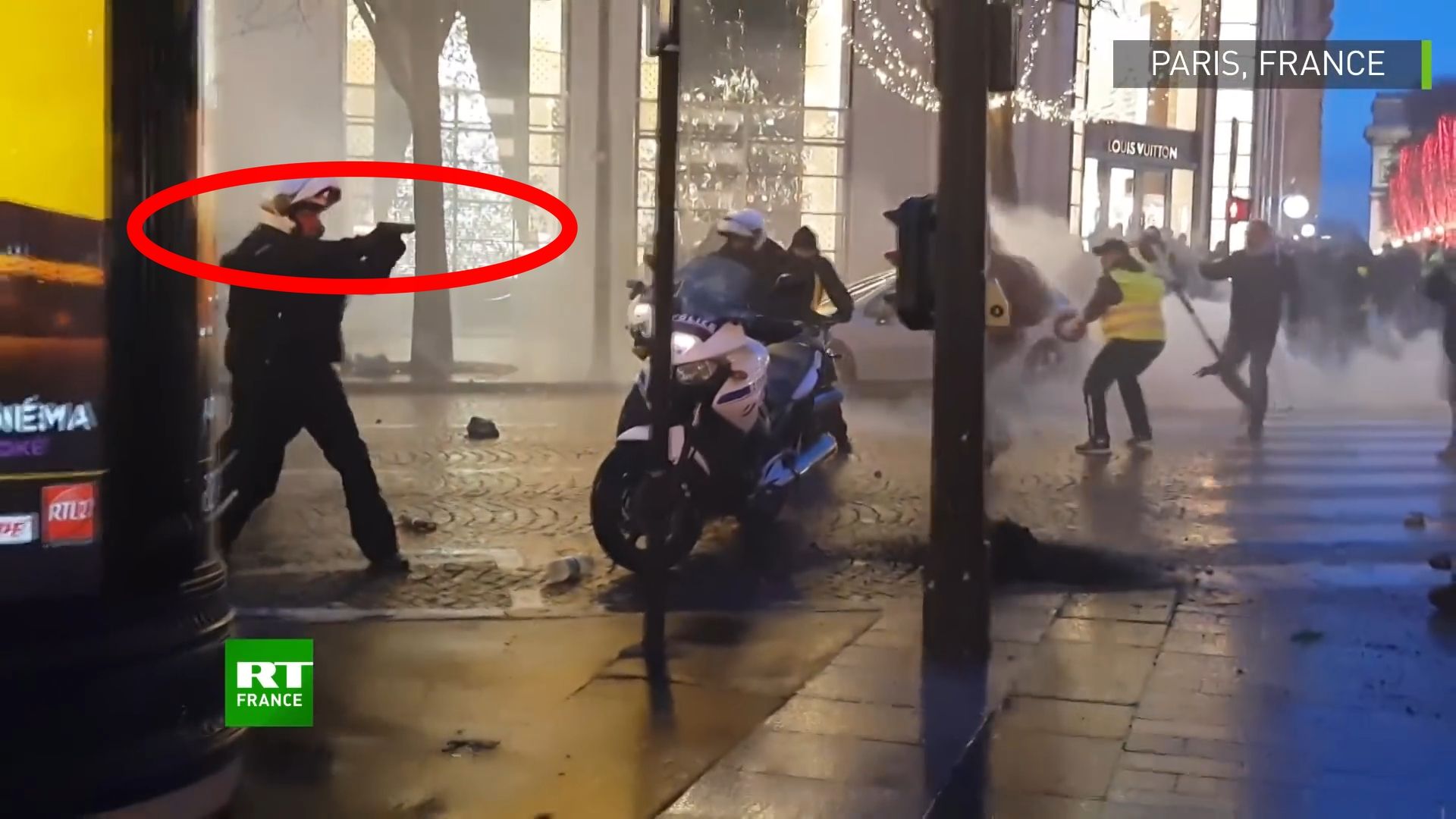 More to come of this today

13 Replies to “Paris: “Oh the weather outside is frightful…””