Authorities in a south-western French town are furious after Yellow Vest protesters beheaded an effigy of Emmanuel Macron with an ax, put its “head” on a stake and danced. Now the mock executioners face a very real criminal case.

Around 90 protesters dressed in yellow vests – the symbol of the recent wave of anti-government protests in France – gathered in a park in the town of Angouleme to stage the mock beheading on Friday evening. It’s not clear if the day was chosen deliberately, but on December 21 French President Macron celebrated his 41st birthday.

The macabre “performance” quickly spread on social networks and in French media, with photos showing the Yellow Vests literally cutting off Macron effigy’s head with a large ax. If that wasn’t enough, the mock head – with a mask of the president’s face – was then placed on a stake. The protesters then proceeded to dance around a burning barricade after apparently setting the rest of the “beheaded” effigy on fire. 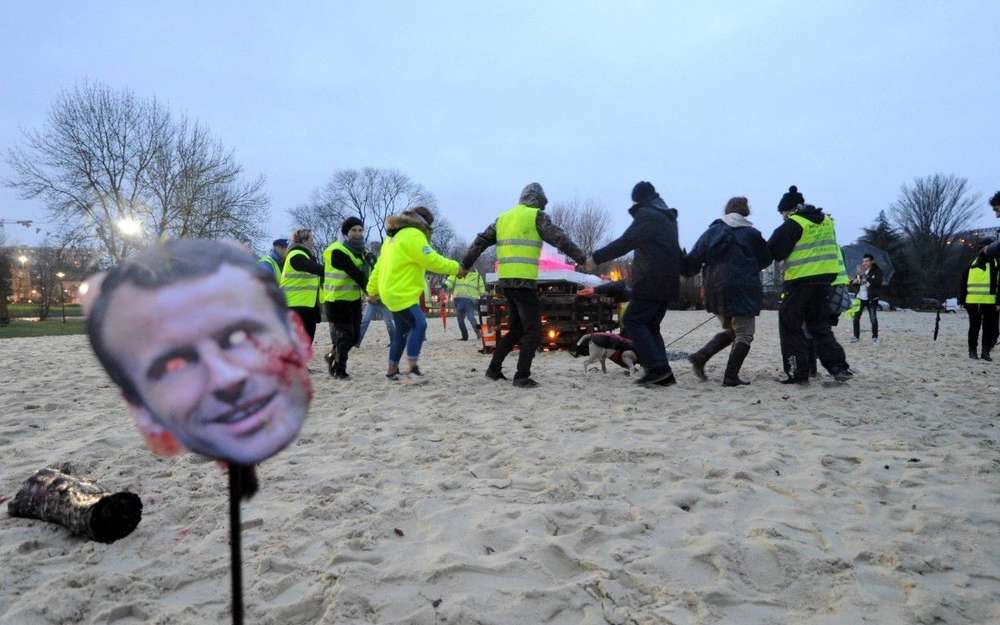 Is that a paper photo?

Ok so a criminal case is underway for people who attacked a piece of rubber and maybe cotton and maybe some wood.

A nativity scene has been “destroyed by idiots” outside the Christmas tree in the High Road.

The statues were installed and paid for by the British Pakistani Christian Association (BPCA) to remind residents about the real meaning of Christmas and while the Virgin Mary and Joseph were smashed, the infant Jesus got decapitated.

One resident, who is not religious, reported the crime to the Recorder and described the incident as “religious desecration”.

“It is three days before Christmas and this happens,” she said.

“Any other religion and there would be an outcry and it would have been fixed already.

“It is a desecration of a religious icon – I am disgusted.”

She reported the incident to Redbridge Town Hall but claims they refused to deal with it as it was not their nativity scene and were about to go to lunch.

Wilson Chowdhry, chairman of the British Pakistani Christian Association said he is shocked that someone would do this and all his organisation wanted to do was install a reminder in the town centre about the true meaning of Christmas amidst all the commercialism.

“Unfortunately we will not be able to get another one in time for Christmas but we won’t be stopped by some idiots,” he said.

And in this case, no criminal charge and the response by authorities was, “we are about to go to lunch”. Which is a very British way of saying what has probably become the most common 2 words in the english language, the second one starting with ‘O’.

Selective enforcement is the main tool of the tyrants. Maybe, just maybe if I say it enough…. Destruction of a macron Mannequin