1. Finnish news reports on repeated gang rape of children in Finland, but won’t say anything about convicted rapists other than “foreign”.

2. Paris in flames, Tunnels shut down, basically, regular non-political French people have given the far left what they wanted.

3. Harvard student subjected to the one kind of prejudice and discrimination, not to mention illegal search and consequences, that are not just allowed but encouraged by the contemporary fascists on the left.

‘A few weeks ago, I came back to my apartment from a weekend trip and was confronted by one of my roommates who asked if I had guns in the house,’ she told the Free Beacon.

‘After being told far too many lies to count, my roommates finally admitted that they searched my closet, under my bed, and all of my drawers in pursuit of finding my guns.

‘When I asked them why they were in my room to begin with, they each came up with completely contradicting stories (none of which made any sense), but one comment struck me in particular: “We saw that you had a MAGA hat and come on, you’re from Alabama… so we just kind of assumed that you had something”.’

Although her recently-deleted LinkedIn profile showed she was in Fairhope High School’s class of 2009 and graduated from the University of Alabama where she studied International Relation and Affairs, French and Political Science, her also vanished Facebook page said she was from Izmir, Turkey, reports Heavy.com.

4. Police appear to drop shields and detente with Yellow Vests.

5. This sign from a Yellow Vest protest in Orleans makes me suspect its about more than gas prices. 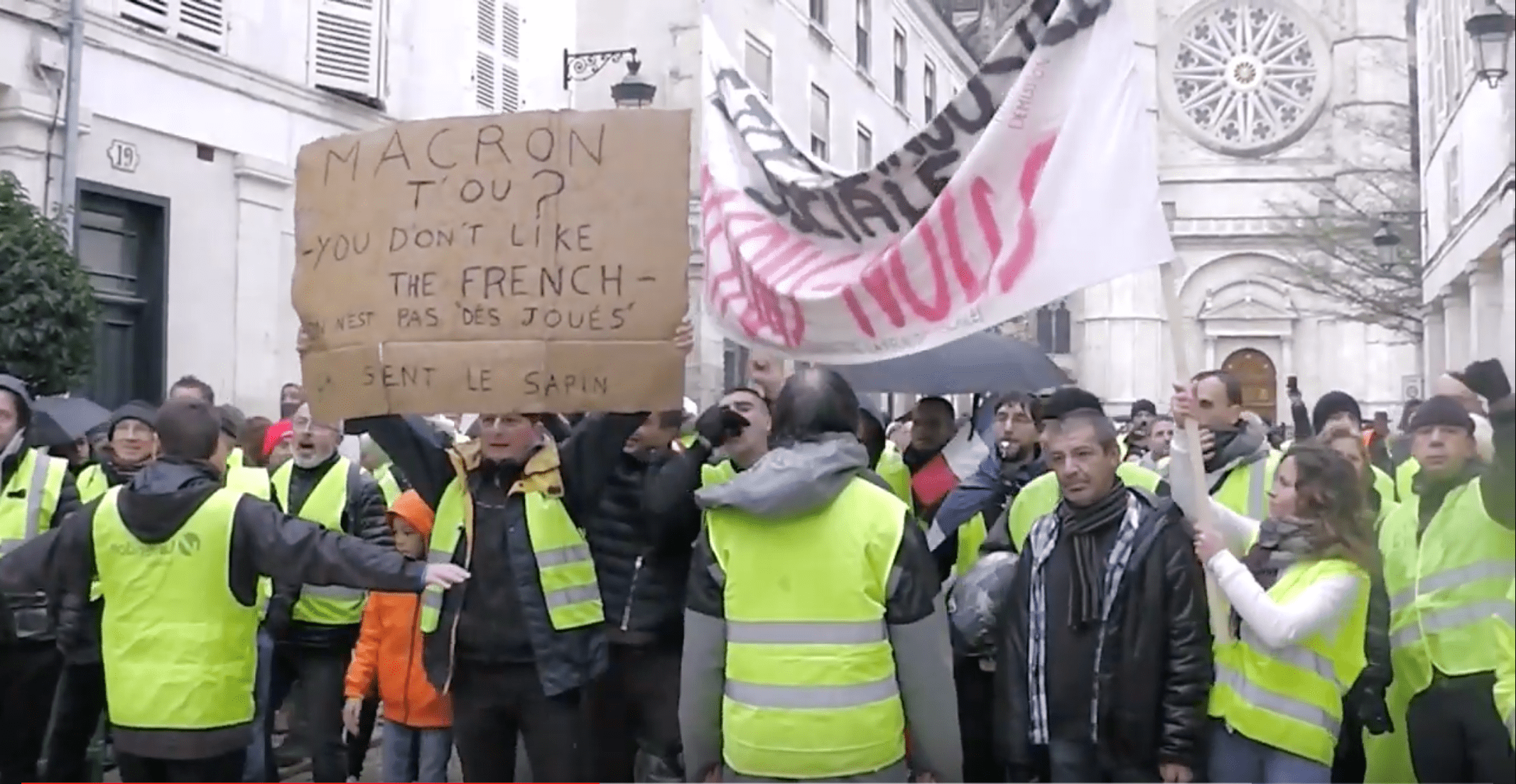 Thank you M., Sassy, Xanthippa, Wrath of Khan, EB., Tundra Tabloids, and many many more. Please do check the Reader’s Links post for a lot more news and videos of the Yellow Vest protests which are of stunning magnitude despite being nearly ignored by the BBC altogether.

The newest song to be banned by leftists:

Here is a little cartoon mocking critics of the AfD: