A huge armed police presence has responded to the incident.

15 police cars have swarmed York Road in Shenfield with officers said to be in pursuit of a vehicle.

Witnesses have reported a heavy police presence in the area with officers also near Chelmsford Road.

A police helicopter was seen circling above the area.

2. Tan does provocation at Speaker’s Corner in London.

Everyone is going to have a different opinion on this. But here is mine:

Speaker’s Corner in the days of rational liberalism, was a place that wasn’t really needed because everyone could say what they wanted pretty much anywhere and there wasn’t brutal reactions to it by those who didn’t agree. In fact when I visited it in the 70s, it was mostly religious freaks spouting Pythonesque levels of weirdness. Now however, Speaker’s Corner is dominated by muslims and Marxists who are exempt from all limits while those who are not leftists or muslims will be treated with a separate standard for which we are all now overly familiar.

The take home is, a place where Free speech is celebrated will only exist when it doesn’t matter. But the second, the SECOND it does, it will cease to exist, and has,

Tan, has found a way to provoke pretty much as many people as he can as quickly and efficiently as possible at Speaker’s Corner. And as much as it saddens me to say, this is urgently necessary. Provocation for its own sake is an unhealthy plan in rational times. But those are long gone. Now we have to push back to a cultural norm where if people do not like or agree with what they hear, they argue, or swallow their feelings about it. Instead what we get is being spat on and shrieks of allah hu ackbar, as we see in this video, and thats the best possible reaction. Its as likely you will face injury or a ginned up or selectively enforced law that will ruin your life for going against the Islamo-Marxist narrative.

Yesterday there was a video of an Italian man who filmed a muslim with a trussed up sheep in a pram. I remember thinking that if he had actually liberated that sheep and brought it to a shelter, or called police etc. in many Western countries he would be charged with theft and perhaps even mugging the muslim who was pushing him to his ritual and illegal slaughter. But had he stopped a non-muslim from say, torturing a dog I a similar manner he would be called a hero.

3. This photo is alleged to be from East London. 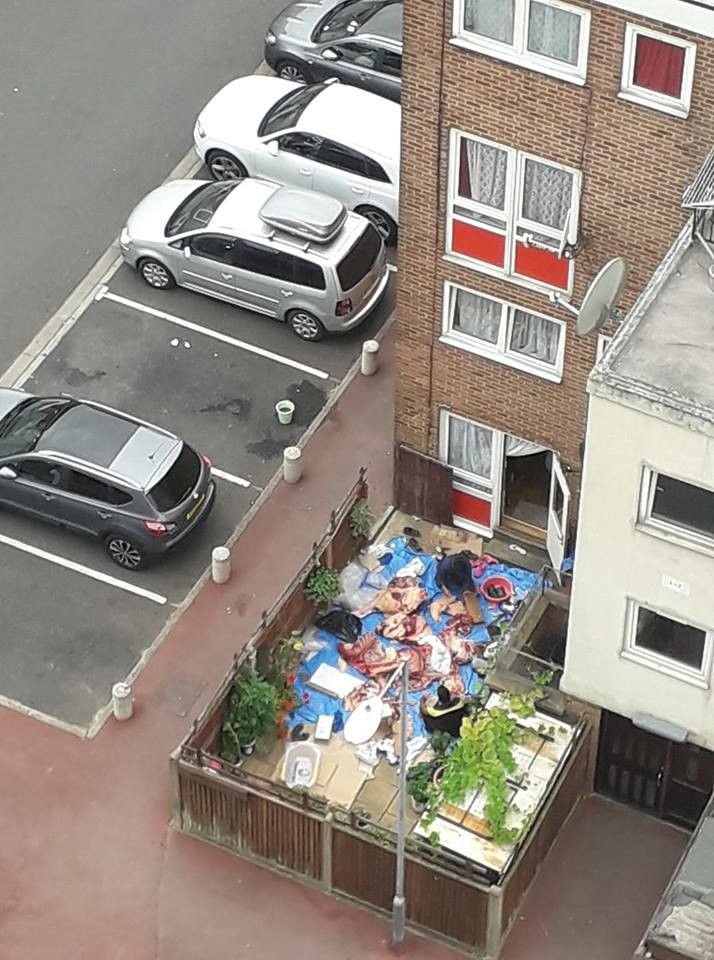 Thank you Johnny U., M., Wrath of Khan, MissPiggy, Gavin B., EB., and a long list of wonderful people who consistently supply us al with critical news and some fantastic opinion and analysis.

5. US cuts aid to Palestinians by more than $200 million

More to come. Also please remember to subscribe to and check, our Bitchute Channel and Youtube Channel, which do not always have the exact same content. So its worth checking both from time to time.

All politics aside, Faith Goldy asks some worthwhile questions in this video. I could ask another one. Why are hate speech laws and all the other commie BS that should not exist in a free society in the first place, never enforced against Muslims like the ones in this video?

I know. It was a rhetorical question really.

9 Replies to “Endless string of terrorism and what looks like islamic terrorism: Links 1, Aug. 24, 2018”