An original translation by Ava Lon with much thanks.

From this French news site:

It is in this church that Joan of Arc is honored every year with a religious concert.

Orléans: arson, destruction and heinous graffiti in a church 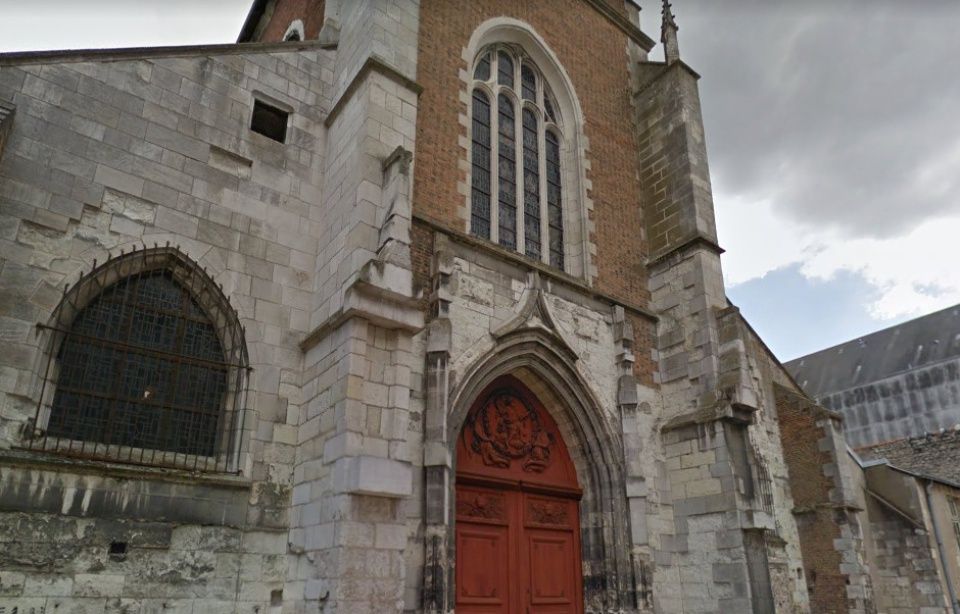 On Wednesday evening, a church in Orléans was partially set on fire. Graffiti “Allah ou Akbar”[sic] were found on the building…

The criminal nature of the arson leaves no doubt. On Wednesday evening, the Saint-Pierre du Matroi Church in Orléans was the target of a series of malevolent acts, according to police. The religious music sheets were set on fire, furniture was defaced, heinous graffiti were discovered on several walls of the religious building. In the middle of those graffiti, the investigators found the inscription: “Allah ou Akbar” [sic], the source specifies.

The fire, promptly tackled by the fire brigade, didn’t damage the structure of the building. An investigation was opened by the police station in Orléans.

[ed: According to Gatestone, The Christianophobia Observatory, a Paris-based Roman Catholic non-profit organization that tracks attacks against Christians, reported 128 incidents of church vandalism or other anti-Christian attacks in France during the first five months of 2018.]