A Human translation by Tania Groth with many thanks! 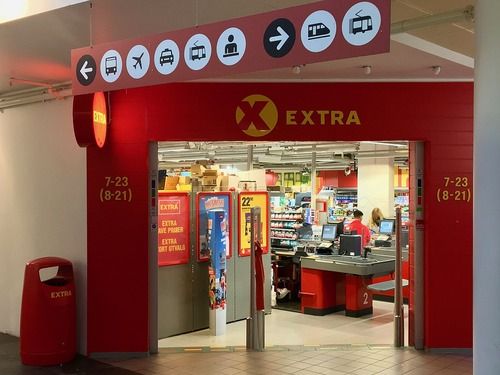 A so-called An unaccompanied refugee child from Afghanistan was arrested for a brutal assassination in Vadsø in Norway last Saturday, Norwegian TV2 reports. The detainee has a temporary residence permit and came to Norway in 2015.

Shortly after 22:00 on Saturday night, Finnmark police received an alert about a stabbing at the Co-op Extra store in Vadsø in northeastern Norway.

At the site, the 18-year-old Håvard Pedersen was found stabbed to death.

Although there was a doctor at the scene his life could not be saved.

The victim worked in the store where he was found.

An alleged 17-year-old has now been arrested for the deed. According to police, he is an immigrant with a temporary residence permit. Unlike in Sweden, Norwegian media are quick to announce the suspected ethnic background.

The detainee must have come to Norway as an unaccompanied refugee “child” during the wave of asylum seekers that originated in Afghanistan in 2015.

The police have seized materials at the crime scene that prove the man arrested is behind the stabbing. However, the police authority does not want to confirm whether they have found the murder weapon.

The Afghan was apprehended after a police helicopter had seen him run from the Co-op store. However, he was not arrested until nearly four hours later, when he tried to flee further by jumping into the water from a bridge. A civilian in a boat helped the police take him into custody.

“The motive for the murder is not known, so now we need to find out why it happened,” the police said according to TV2.

The suspect was already known to police for having harassed people, according to the Norwegian newspaper.