From this Dutch News site: 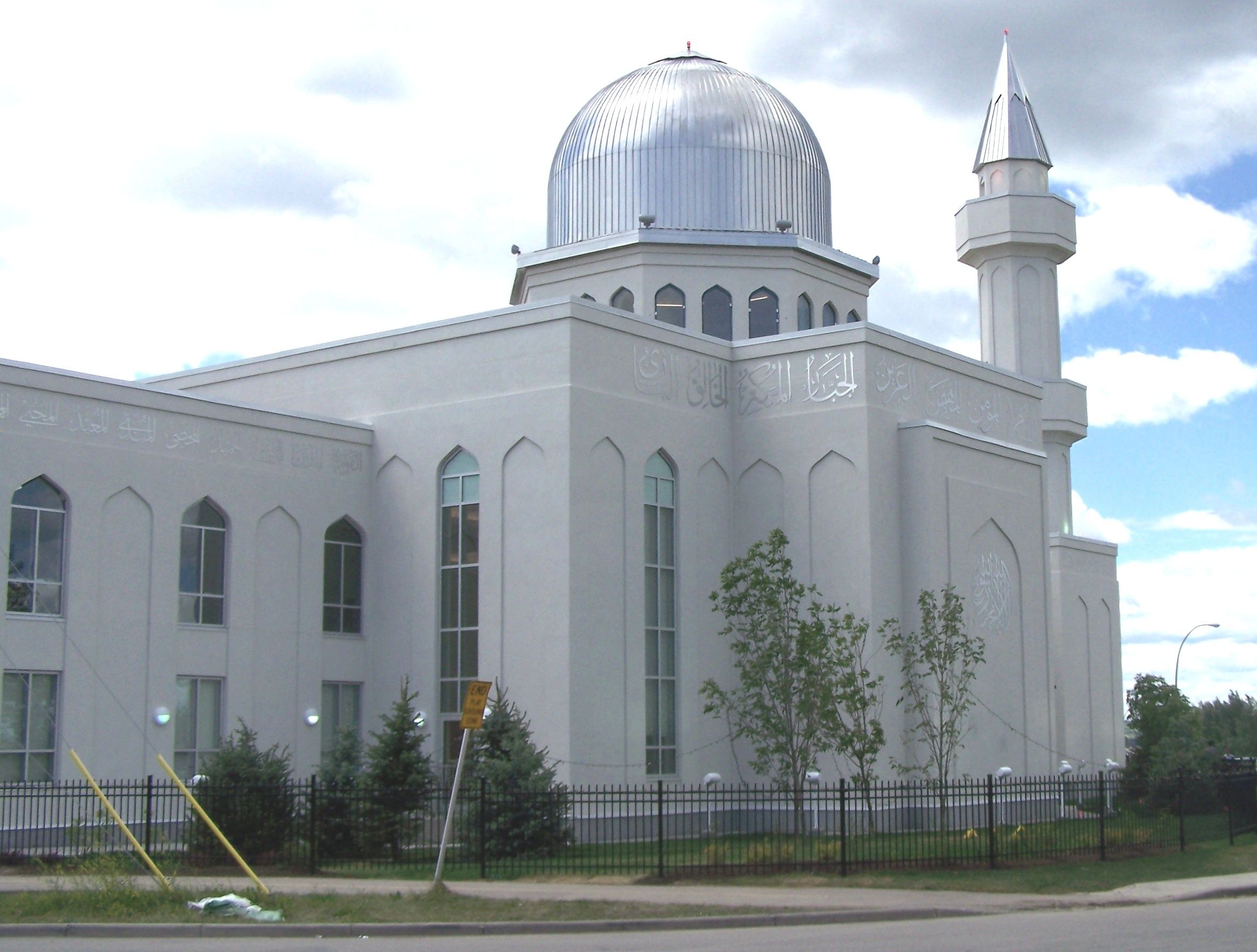 It is now certain that 30 Islamic organizations in the Netherlands applied for funding from the Gulf States in recent years or have actually received money from these countries. This involves millions of euros from Kuwait and Saudi Arabia. The evidence comes from information that the Dutch government has kept secret for years, but which the NRC Handelsblad newspaper and TV journal Nieuwsuur managed to get their hands on.

Financing from conservative Gulf states is controversial because of the concern that they are exporting their fundamentalist variant of Islam, Salafism, to Dutch mosques. The Dutch House of Representatives has been asking for transparency about the money flows for years.

The information concerns three lists of names of Dutch mosque organizations that have requested funding from Gulf countries. Kuwait and Saudi Arabia have been secretly keeping the Ministry of Foreign Affairs informed about this since 2010. One of the lists contains concrete payments to mosques complete with detailed amounts.

Combined with information already known about financing, it’s estimated that 10 percent of all Dutch mosques have asked for money from the Gulf countries or actually received funding from these countries.

The government has already asked the Dutch Scientific Research and Documentation Center (WODC) to map the extent of foreign mosque funding. That did not yield anything in 2015. Now it appears that the government already had information from the Gulf States, but did everything it could to keep this data hidden from the WODC researchers.

Partly as a result of foreign funding, fundamentalist Islam, Salafism, is growing in the Netherlands. While there were thirteen Salafist mosques in the Netherlands four years ago, now there are 27 – according to a confidential memo from the anti-terrorism coordinator NCTV, which is in the hands of the NRC and Nieuwsuur. The number of Salafist preachers also doubled: from 50 to 110.

It is remarkable that the NCTV has these figures, because Prime Minister Mark Rutte told the Dutch parliament earlier that it is not possible to provide an overview of the number of Salafist organizations.

Funding from Gulf States can impede integration, says Mohamed Ajouaou, Islamic theologian at the VU University, Amsterdam. According to him, financing is often accompanied by the influence of lenders who want to spread an Islam that is intolerant or at odds with the democratic constitutional state.

That is why mosques have to make foreign donations public, says Ajouaou. The Council of Moroccan Mosques has also called on Islamic institutions to be open about financing. The current Dutch government agreed in its coalition agreement that it would limit cash flows from ‘unfree countries’ but has not yet come up with concrete proposals.

In a reaction, the Dutch Ministry of Foreign Affairs said that it kept the lists secret because they were obtained from “diplomatic traffic”. The ministry fears that the Gulf countries will no longer voluntarily share information if the lists become public. 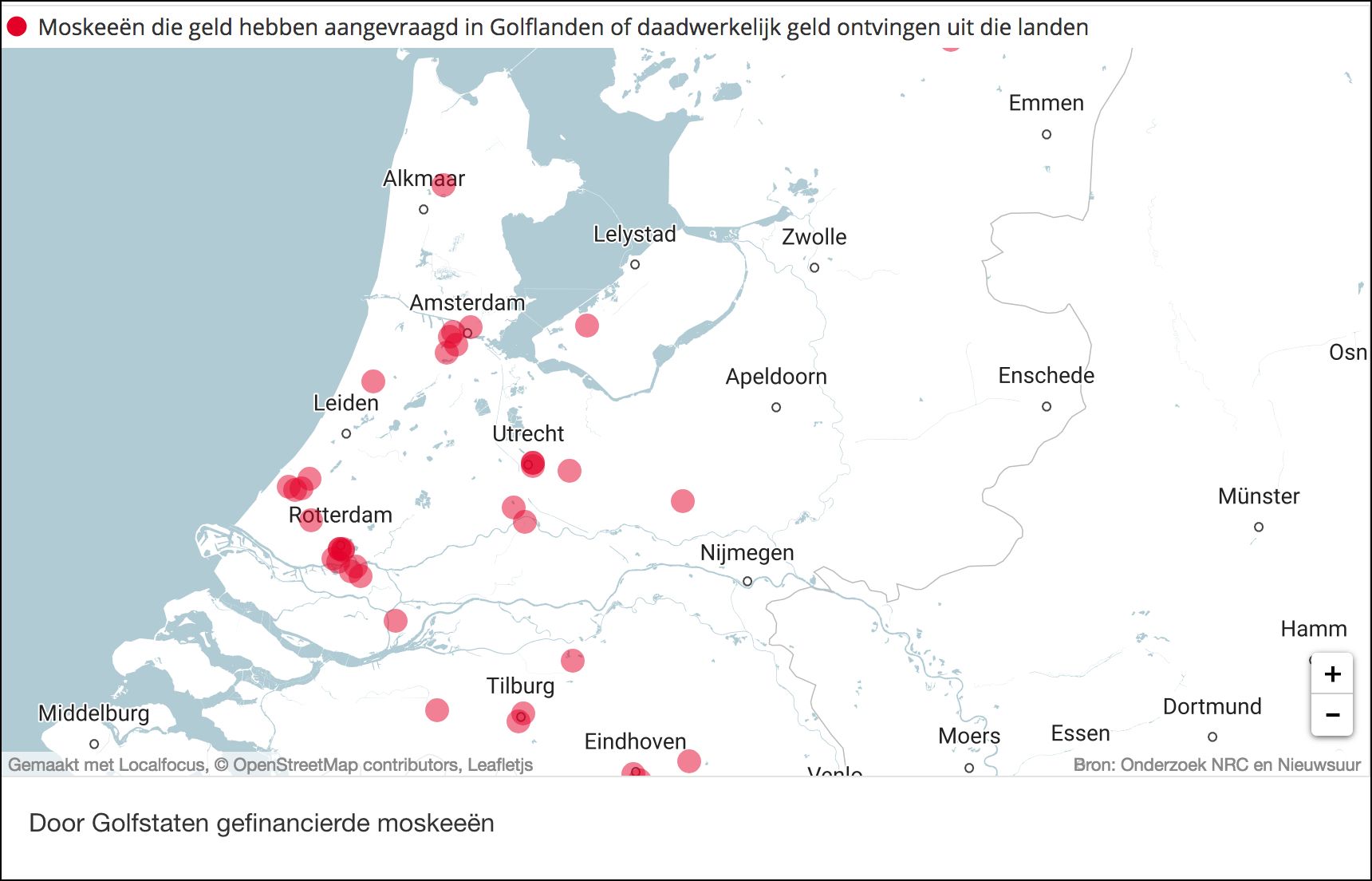 The map above shows 39 mosques financed by Gulf States or asking for funding. The names of the mosques come from three lists that Saudi Arabia and Kuwait have shared with the Ministry of Foreign Affairs. Mosques that were previously known to have financial ties with Gulf States have been added to the map.

It could not be ascertained from a number of names on the lists from Saudi Arabia and Kuwait which mosque was involved. These have been omitted. The reactions of the relevant institutions are visible when clicking on the dots on the map. The information is incomplete and therefore we would like to receive additions or reactions via [email protected] and [email protected]

We do not want money from non-free countries going to religious organizations.
Gert-Jan Segers, Christian Union

Dutch MPs Gert-Jan Segers, Christian Union, and Sadet Karabulut, Socilaist Party, were surprised by the the revelations. “We have not progressed a millimeter in recent years,” says MP Karabulut. “At first they denied there was a list, then it was a secret list, now it has finally been made public.”

According to Segers, the Gulf states are exporting unrest through their influence in the mosques. “It’s about the freedoms we have here: there is an ideology of non-freedom to our rule of law,” says Segers, who lived in Egypt for seven years and who has experienced the lack of freedom. His party’s position – which is also included in the coalition agreement – is that money flows from non-free countries to religious organizations. “There has not been a government official who has taken up this issue,” says Karabulut. As far as she is concerned, the Dutch Ministry of Foreign Affairs should now take the lead. “Because it’s an international problem, it’s about the Gulf states influencing our country, it’s no longer a religion, it’s politics, ideological influence, political indoctrination.” Karabulut wants all information about salafist organizations and money flows to be made public and for the government to pass legislation. Segers thinks that the Dutch Ministry of Justice should now take the lead.

Three lists contain dozens of institutions. One list concerns Saudi Arabia and two concern Kuwait. In the Saudi list, one mosque in Dordrecht received a concrete amount of $88,888.00 dollars. An attached letter states that the Saudi embassy was also planning to sponsor the other organizations on the list. The two Kuwait lists consist of a list of financing requests, and a second list of amounts paid out totaling nearly € 6 million. For example, for the construction of mosques, but also for publishing Korans, for imam training and Islamic meetings.