„Veiling little children is something that should definitely have no place in our country“, said Austria’s chancellor Sebastian Kurz. With this, he wanted to prevent discrimination at a young age.

In the will of the Austria government, in the future, girls won’t be allowed to wear a headscarf in kindergarten and elementary school any longer. „Veiling little children is something that should definitely have no place in our country“, said chancellor Sebastian Kurz on Wednesday in Vienna.

It was about granting the same opportunities to all children. „And this also means that there isn’t any discrimination at a young age“, said Kurz. The new law will be titled „Child Protection Law“. „All children should have equal opportunities, girls and boys“, said Kurz.

The respective motion is to be formulated no later than the beginning of summer. To elevate the law into constitutional status, the government, conservative ÖVP and right-wing FPÖ, will have to convince one oppositional party of their plan. FPÖ-chief Heinz-Christian Strache wanted to combat „undesirable developments regarding political Islam“ with his headscarf ban for girls.

50 people charged for veiling their faces
It is unclear how many children are affected. There are no figures. „It is certainly a symbolic gesture“, said education minister Heinz Faßmann (ÖVP).

In Austria, a general ban on veiling the face came into effect half a year ago. The anti-face-curtaining-law means that in public spaces and in public buildings, clothes or other items shall not disguise or veil „the facial features in such way that they aren’t recognizable anymore“. Dressing up in the context of halloween is not affected by this law, the decree specifies.

Since then, approximately 50 people have been charged. The law specifically aims at veiling with a burqa or a niqab, and it is meant to promote integration of Muslims. According to the law, it is punishable with up to 150 Euros, if the face is made invisible between chin and brows. 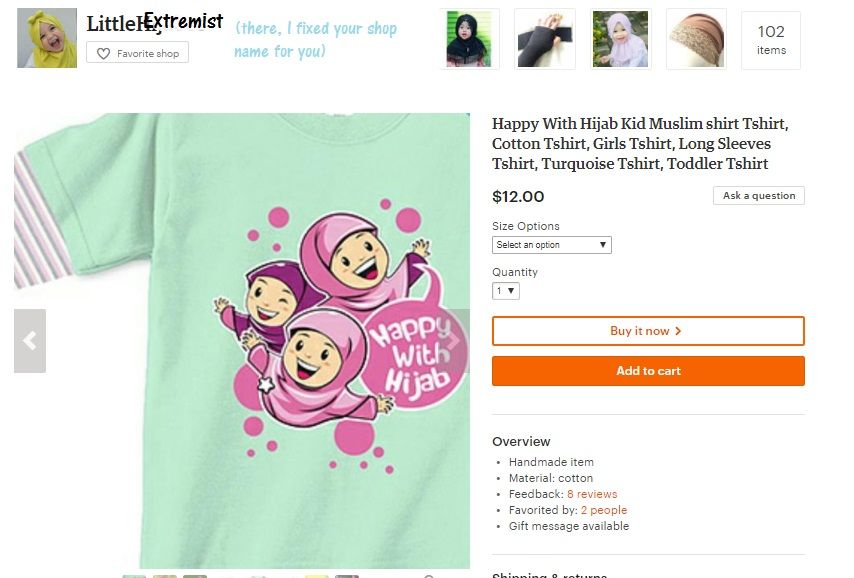 But look how happy they are! – Seen on Etsy.

7 Replies to “Austria To Ban Headscarves At Kindergartens And Schools”