As we reported, a Syrian refugee set fire to an apartment house in Leipzig in the early morning hours of Good Friday, wounding 16, and killing one woman.

The Federal Prosecutor confirms to Bild newspaper that the man was arrested and charged with particularly grave arson, murder, and attempted murder. Police think that the arson was intentional. The man had set fire to a rubbish bin at the rear exit, so that the entire stairs and hallway caught fire within minutes, from the ground floor to the roof. The house’s entrance appears to have been blocked with a sofa.

According to neighbours, the Syrian regularly fought with his wife so bad that police came to intervene several times.

The woman who died in the flames is not yet identified, but is believed to be tenant Sandy B., 40 years old; while a yet unidentified man, who is in critical condition with utmost severe burns, is believed to be her partner.
The two who had to jump from the roof into the firefighters’ cushion, a man and a woman, suffered broken bones, but are otherwise fine.

What was left of the staircase collapsed Saturday night. 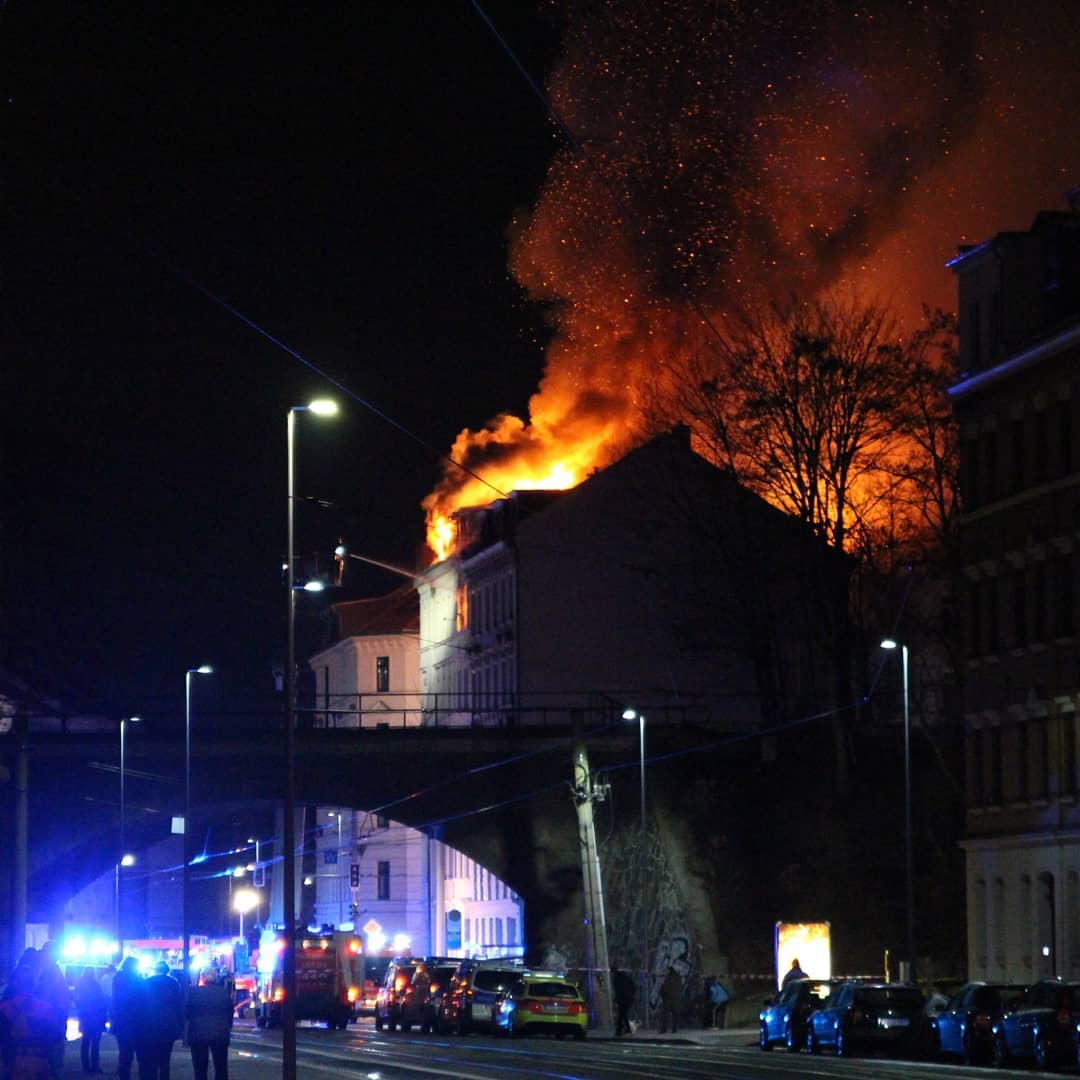 The fire spread through the hallway from the ground floor to the roof within minutes. Photo: Einsatzfahrten Leipzig 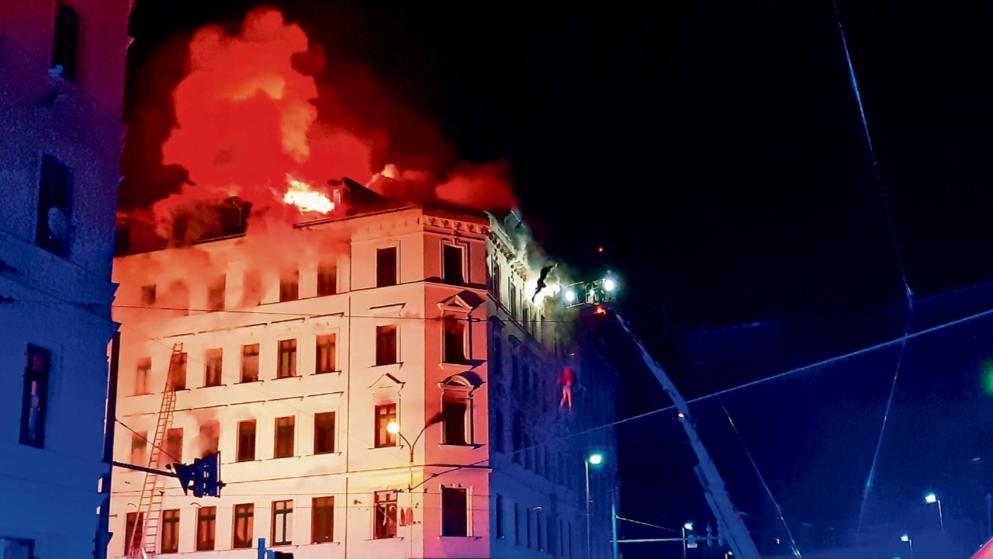 People locked on the roof jump down into the firefighters’ cushions. Photo: Silvio Buerger 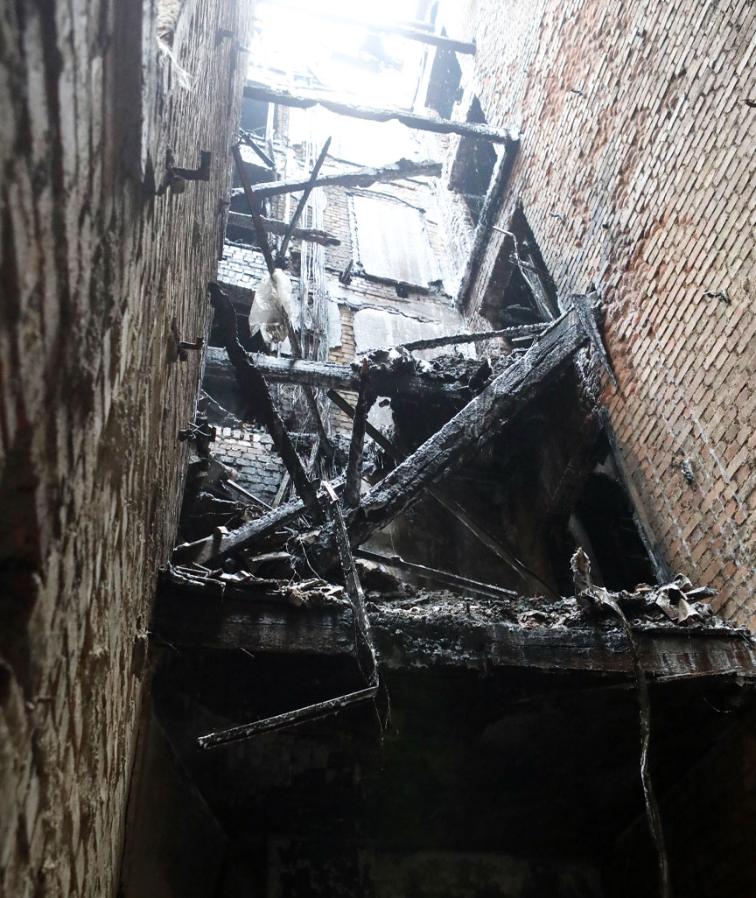 The hallway collapsed the next day. Photo: Silvio Buerger 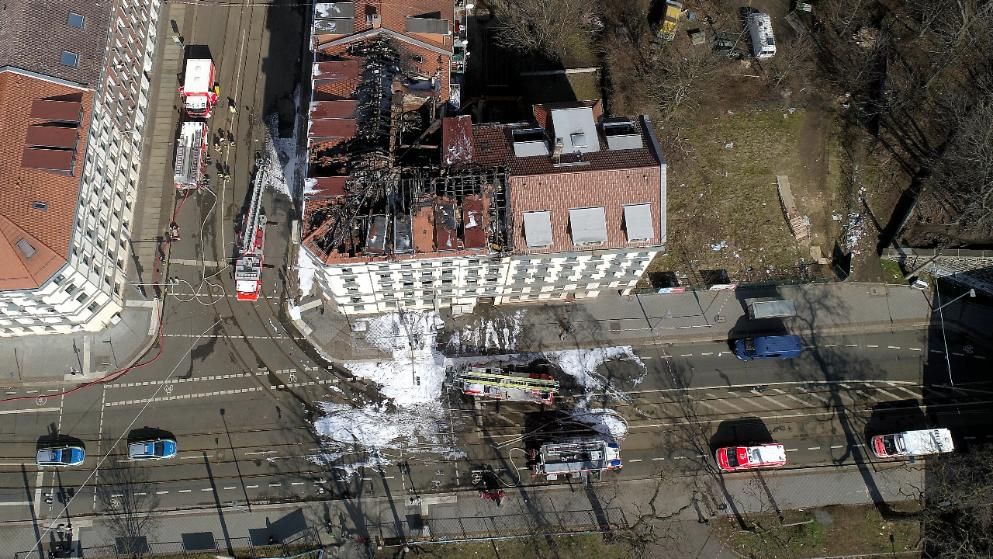