The new normal in Germany. An original translation from Bild: 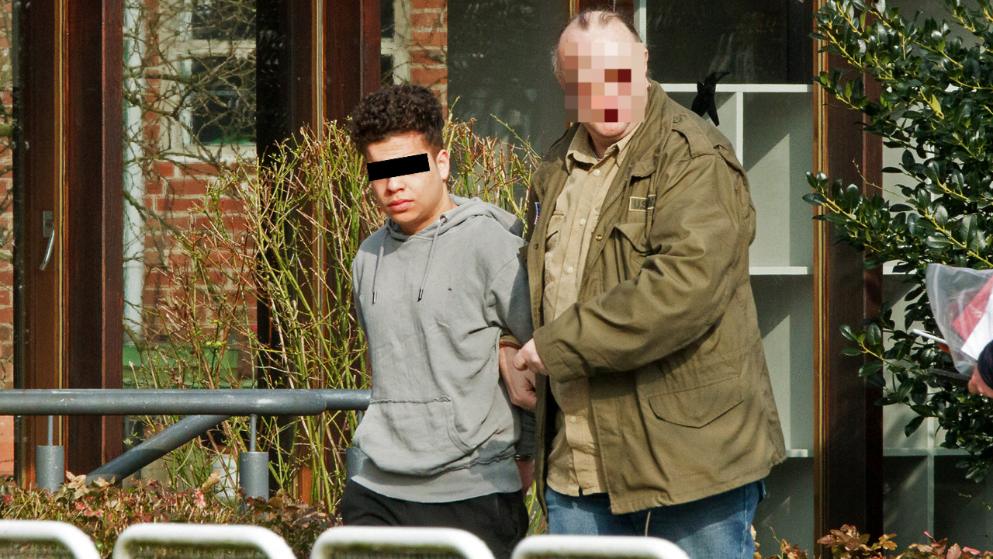 Sunday afternoon: the handcuffed suspect (17) is taken to the committing magistrate at the Burgwedel District Court. Photo: Kai Zaengel

Knife attacks on the rise in Germany. Bild document the incidents of just this weekend alone.

Knife rammed into upper thigh
Berlin – Nine men chase a man (26) after visiting a club. One rams a knife into his upper leg – hospital!

Children threatened, youth critically wounded
Hannover – Two attackers spray pepper spray into the face of an 18-year-old, then stab him. His life is in danger! In the same night, three masked men stab a 17-year-old in the leg, because he refused to hand over his mobile phone. It appears that prior, the three, who spoke German without an accent [Hochdeutsch] had threatened two children (14) with the knife.

Neighbor attacked with hunting knife over loud music
Nürnberg – As a woman was complaining over the loud music of her neighbor (51), he attacked her with a hunting knife, with which he also attacked the police. No one was injured, the perpetrator was overpowered.

Knife fight at the station
Hamburg – A German-Tunisian (36) attacked a Tunisian (35) with a knife in the subway station Barmbek. He fought back with a knife, too. Both were wounded.

Pupil stabbed down in mass fight
Bochum – A Syrian (16) appears to have stabbed down a 15-year-old in a mass fight near a school. The boy was critically injured, the perpetrator fled.

Knife attack over „trivialities“
Wiesbaden – At the main train station, a knife-stabber wounds three persons out of a group of eight. According to the police, it was about „trivialities“. The perpetrator fled.

Large families in a brawl with knives and machetes
Nordhorn (Niedersachsen) – Approximately 40 men from two Iraqi and Lebanese large families attacked each other with knives, machetes, clubs and baseball bats. Only a large police force was able to part them.

Boy (17) stabs woman (24) in front of supermarket
Hannover – Saturday evening in a German small town: there is blood on the pavement, officers in white protective suits secure traces. The traces are from an incomprehensible attack, which shows how quick even youths in Germany now draw a knife and stab.
Crime Scene: Burgwedel in Lower Saxony, an idyllic small town of 20,000 people near Hannover. Early Saturday evening, a woman (24) and her partner go shopping in an Edeka supermarket.

Around 19.30 they meet two brothers, both of them Syrian refugees, according to police, 13 and 14. An argument ensues – it is still unclear why. But everything seems over after a short while, the couple leave the supermarket with their groceries. 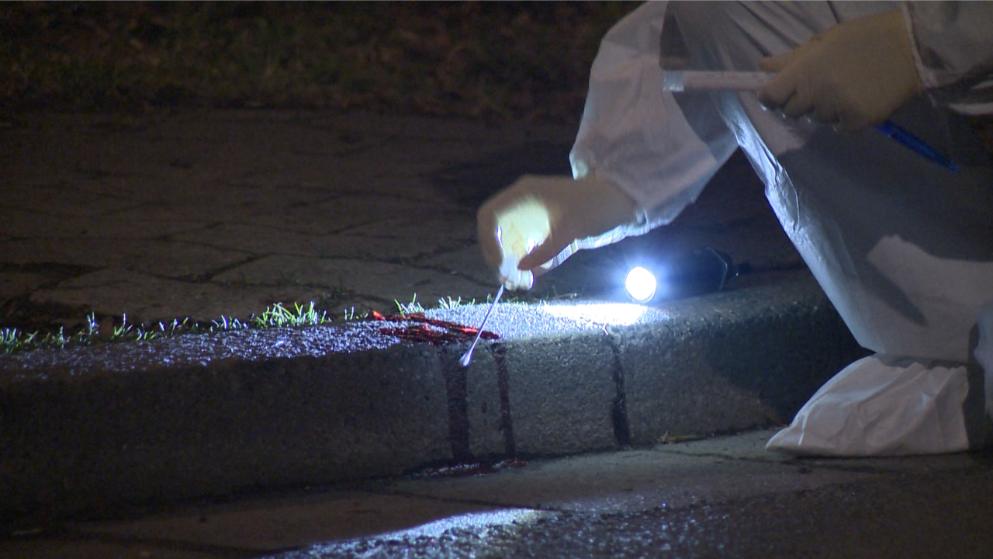 An investigator is carefully securing blood with a Q-Tip. Photo: Aktuell24

But on their way home, after 100 meters, they suddenly find themselves facing the youths again. They fetched their big brother (17) – and a knife.

The argument flares up again. Then, one of the brothers stabs – the 17-year-old, according to the Federal Prosecution. The young woman is wounded, collapses on the open street, critically injured by a stab into her abdomen.

The attackers flee. The victim is taken to a hospital. The doctors manage to save the life of the woman in a dramatic emergency surgery, but her condition is still critical.
A manhunt is started, after a short time, police arrest the youths. An arrest warrant for the oldest brother is issued, the two younger ones walk free.
An investigation against the 14-year-old for dangerous battery is started. The exact motive of the bloody deed is still unclear.

10 Replies to “Bloody Weekend – Knife Attacks All Over Germany”