It all started Monday, three weeks ago. That Monday evening, Uta Ogilvie, an ordinary woman from the suburbs of Hamburg, went downtown, to the posh Hamburg shopping street Jungfernstieg. She held a pink sign, “Merkel must go”, and just walked the street in silence. She was all on her own. 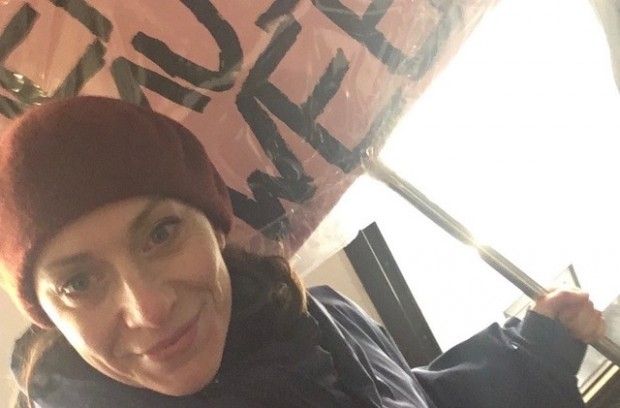 Uta Ogilvie has no political affiliations, she is a practicing Buddhist, and no organization whatsoever was involved in this. It was just one woman’s personal protest.

After a while, some passers-by joined her.

The next Monday, two weeks ago, about 60 people joined her in silence. 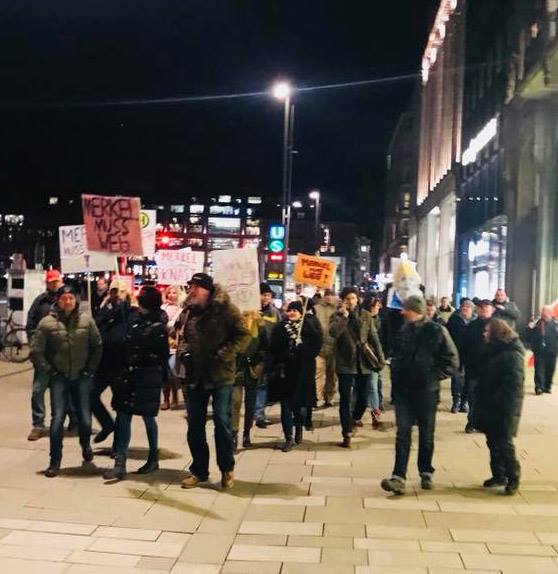 From then on, Uta started receiving threats. She asked police for protection of her house, which was denied.

In the early morning hours of this – the third – Monday, she and her family woke up to their house being vandalized. 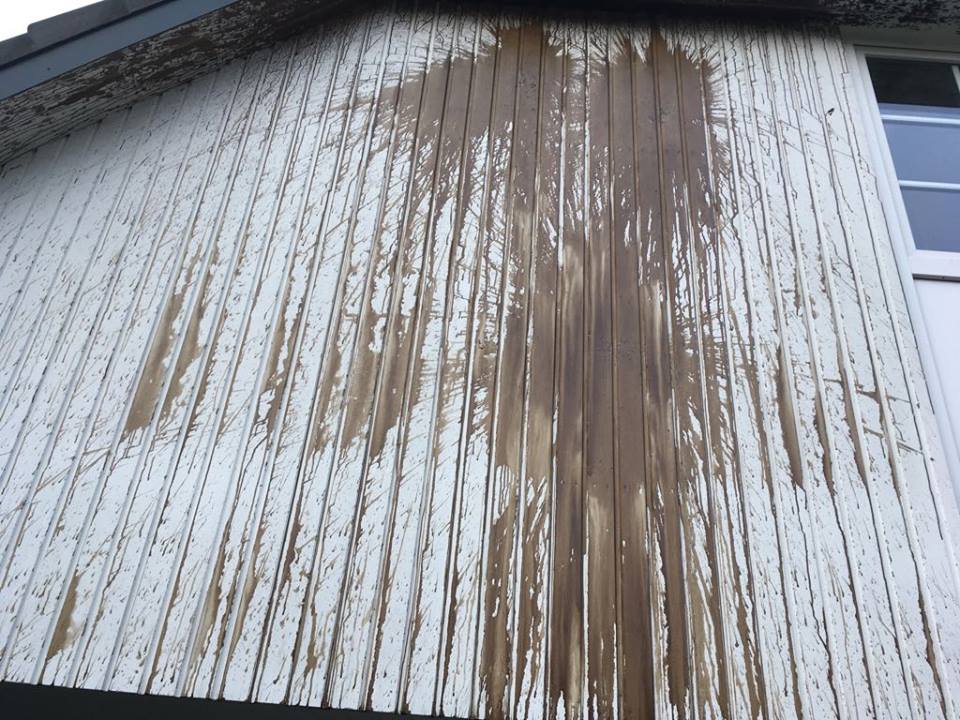 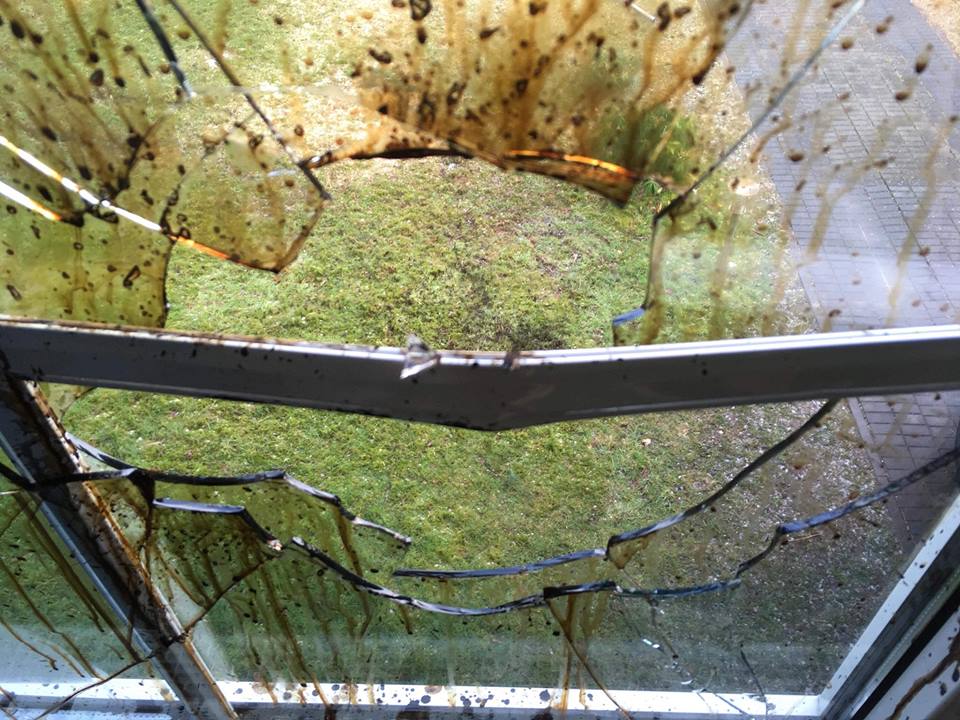 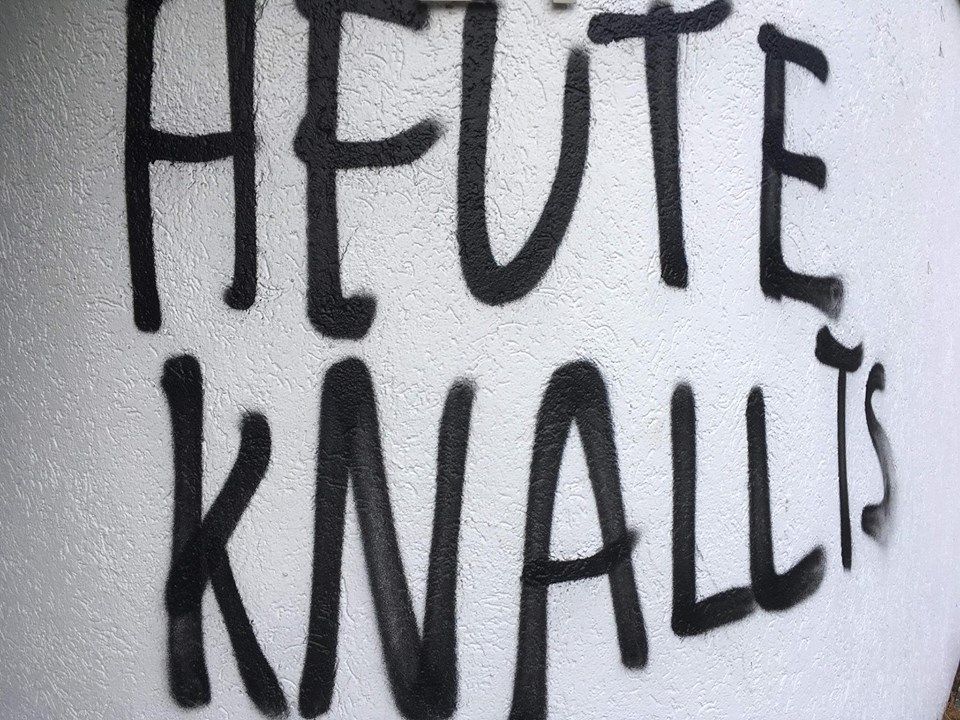 Antifa called to attack the next, third, protest, and called for a counter protest. Police were there with a massive presence of 1,200 officers to protect the about 150 protesters against 500 Antifa. 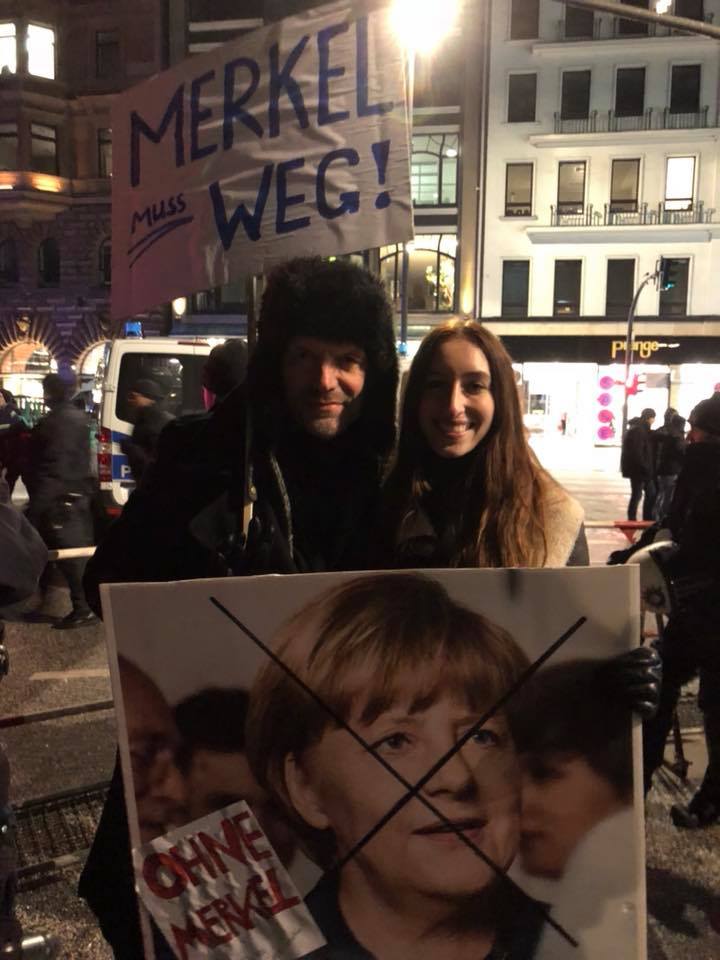 signs: “Merkel must go!” and “Without Merkel”. Photo: Matthias Matussek 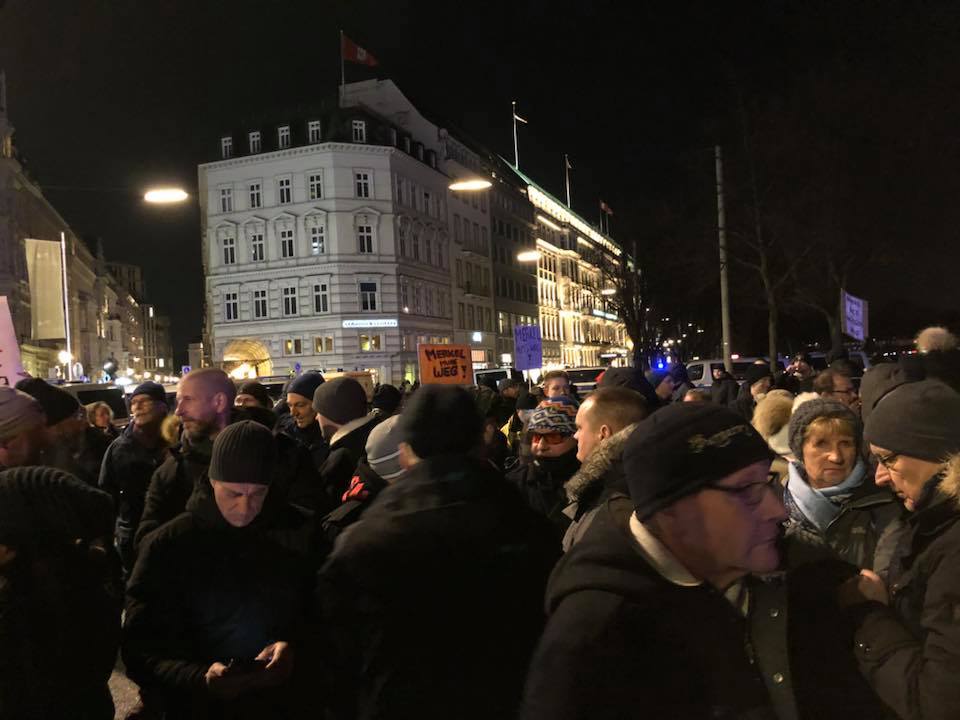 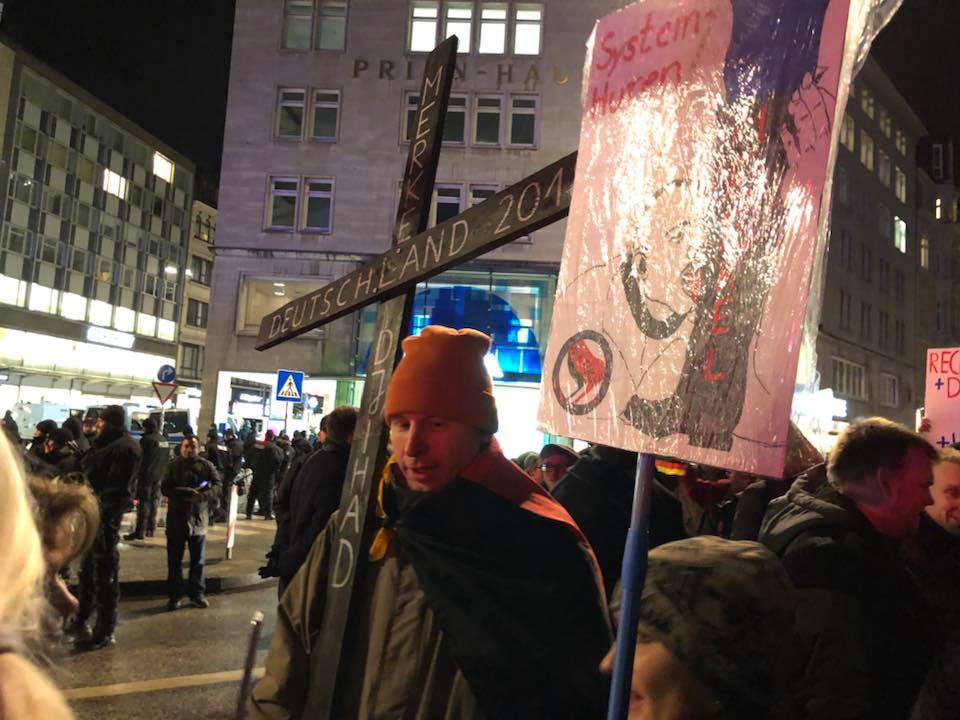 “There is no getting through, and I am already too late. The city of Hamburg is in lockdown. Blue lights, police cars, large deployments with batons. Why? Because two weeks ago, a lady from the suburbs started walking Hamburg’s Jungfernstieg with a sign. Her pink sign said “Merkel must go”. Last week, about 60 people joined her. Tonight, this is the estimate when I arrive, it is about 200. Blue lights flashing around the Inner Alster. Familiar faces in this group of winter coats and anoraks that gathered here.

A photographer whom I know from the gospel service in St. Pauli. A university professor, a psychotherapist and his wife, a lawyer with silk scarf. They surround the petite woman with large brown eyes, who initiated this. Uta Ogilvie, she is with her old father.

She is nervous, and for a good reason. Last night her house was attacked, slogans were spray-painted, a stone came through the window of the children’s bedroom. Tonight, her husband is taking care of the kids, a security company is hired, and she is protesting.

There are yelling chants from beyond the police cordon. Antifa has mobilized. Shortly before, I hear, the [leftist] activists stormed the Social Democrats building at the Berlin Gate and hung a banner with the slogan “Blood on your hands”. This isn’t fiction, this is reality, a police spokesman confirms to me.

Uta Ogilvie tells me that she and her father had to run the gauntlet, when the anti-fascist battle troops saw her and her old father with the poster. “Merkel must go” – clearly, a Nazi slogan. They fled.
While we are standing there, at the level of the Nivea flagship store, someone passes the headline of the Hamburger Morgenpost around. It says, in all seriousness, addicted to violence, inhaling and slurping violence: “Troubles today in Hamburg? 300 Leftists peacefully protest – right-wingers about to start soon.”

This is German reality: a woman is unhappy with the government and protests by holding up a sign. Then, the leftist goon squads show up, who are subsidized by several anti-right-funds by different ministries, with their hoodies, and riot-loving stupidity in their empty stares. And the boulevard paper MoPo’s headline that has the audacity to speak of “peaceful leftists” and “right-wingers” and “Neo-Nazis”. (…)

If I had not been there first hand, I would not believe it. This whole thing is such a brazen twist of truth, such an unashamed lie, that the term Lügenpresse is not enough. This is almost an incitement to violence. (…) Why is the boulevard paper lying so shamelessly? What drives their editors? What is in it for them, for the twisting of truth? To have their world view reaffirmed? A pat on the shoulder from the head of department? And what is his ideology?”
(the full text, in German, at Tichys Einblick).

13 Replies to “Hamburg: It Started With One Woman”