First, the link, special thanks to https://twitter.com/RedPillTweets who answered my request for the original post, after a fruitless couple of hours with a friend trying to track it down.

The idea is this update will show more news from sources that are broadly trusted across the community and not only by those who read them directly. For example, take the Wall Street Journal or New York Times. Even if you don’t read them or don’t agree with everything they write, most people have confidence that they’re high quality journalism. On the flip side, there are blogs that have intense followings but are not widely trusted beyond their core audience. We will show those publications somewhat less.

Preventing false news, hate speech, and other abuse is another important area of focus for us. In order to protect the security and integrity of our platform, we’re investing in both people and technology. We now have around 14,000 people working across community ops, online ops, and our security efforts. That’s almost double where we were a year ago. We’ve also built new technology to detect suicidal posts that has helped first responders reach more than 100 people who needed help quickly, and we’ve built AI systems to flag suspicious behavior around elections in real time and remove terrorist content. Thanks to our AI systems, 99% of the ISIS and Al-Qaeda-related terror content we take down is now removed before anyone flags it to us — and in some cases, before anyone sees it.

We’ve also made progress demoting false news in News Feed, which typically reduces an article’s traffic by 80% and destroys the economic incentives most spammers and troll farms have to generate these articles in the first place.

So what YOU find meaningful or credible, will be downgraded and what HE finds important and what you should think, will be upgraded. Just to be clear on what all that bulls*t means in his post.

Below, screen caps of the whole thing: 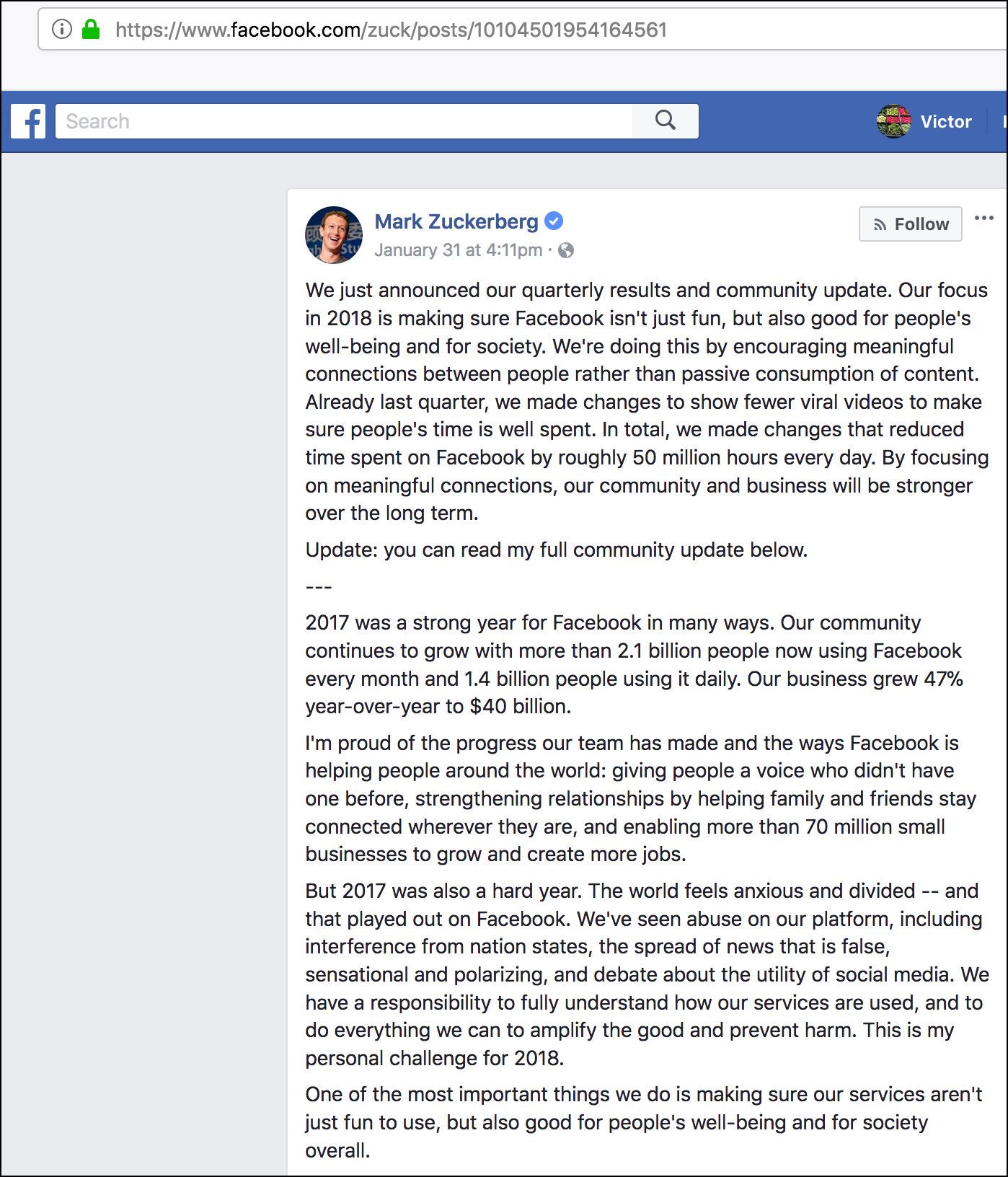 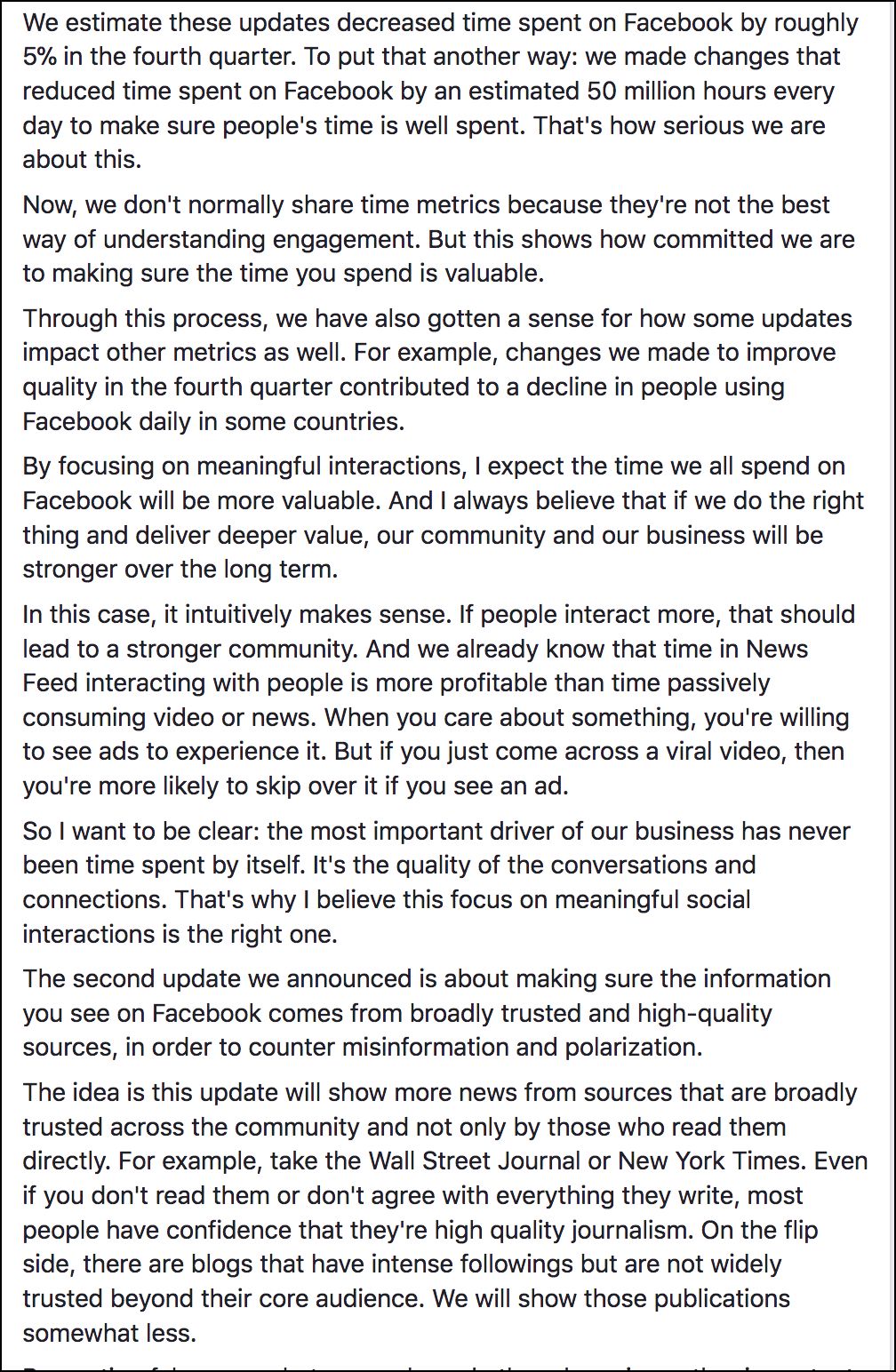 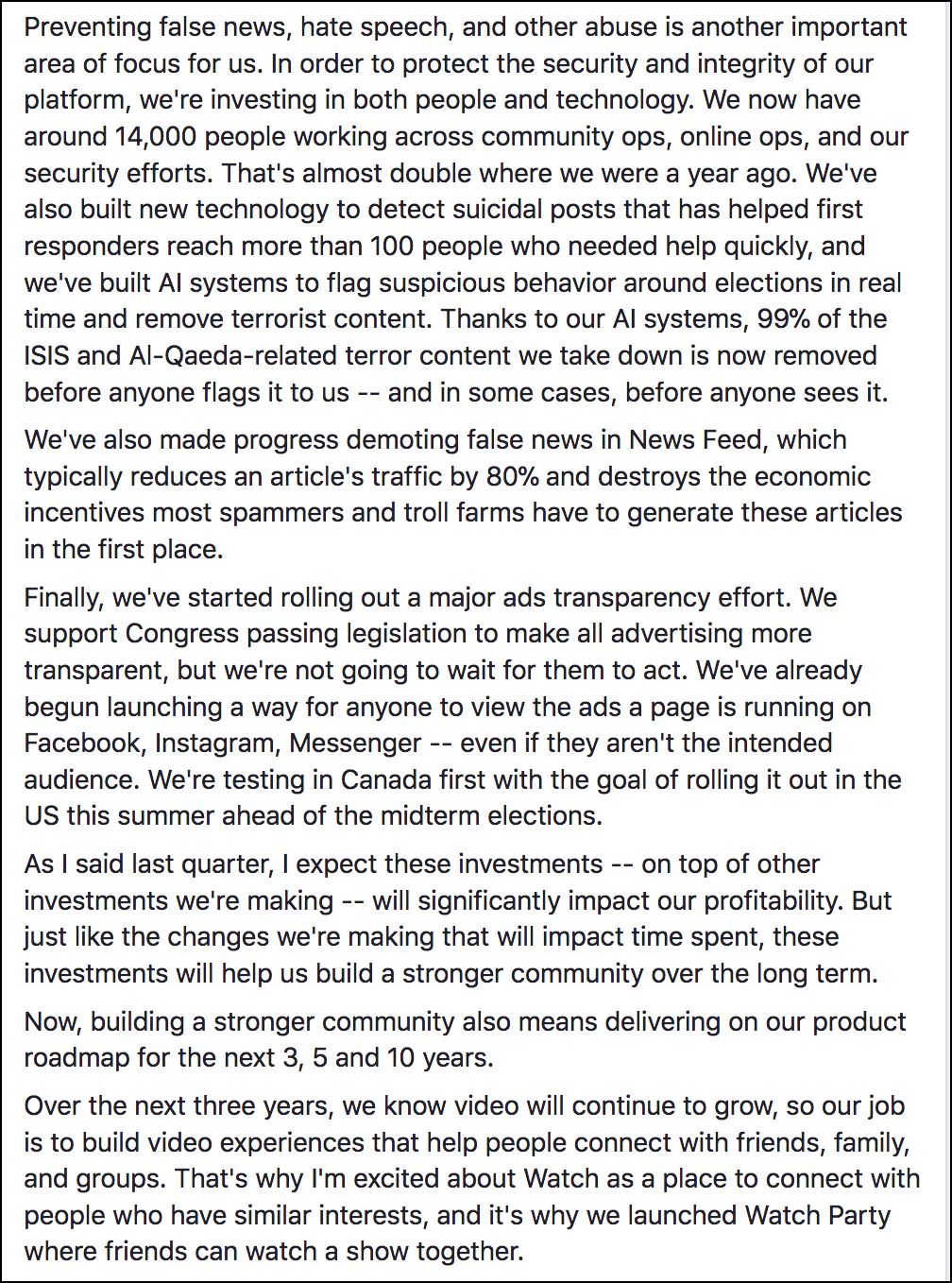 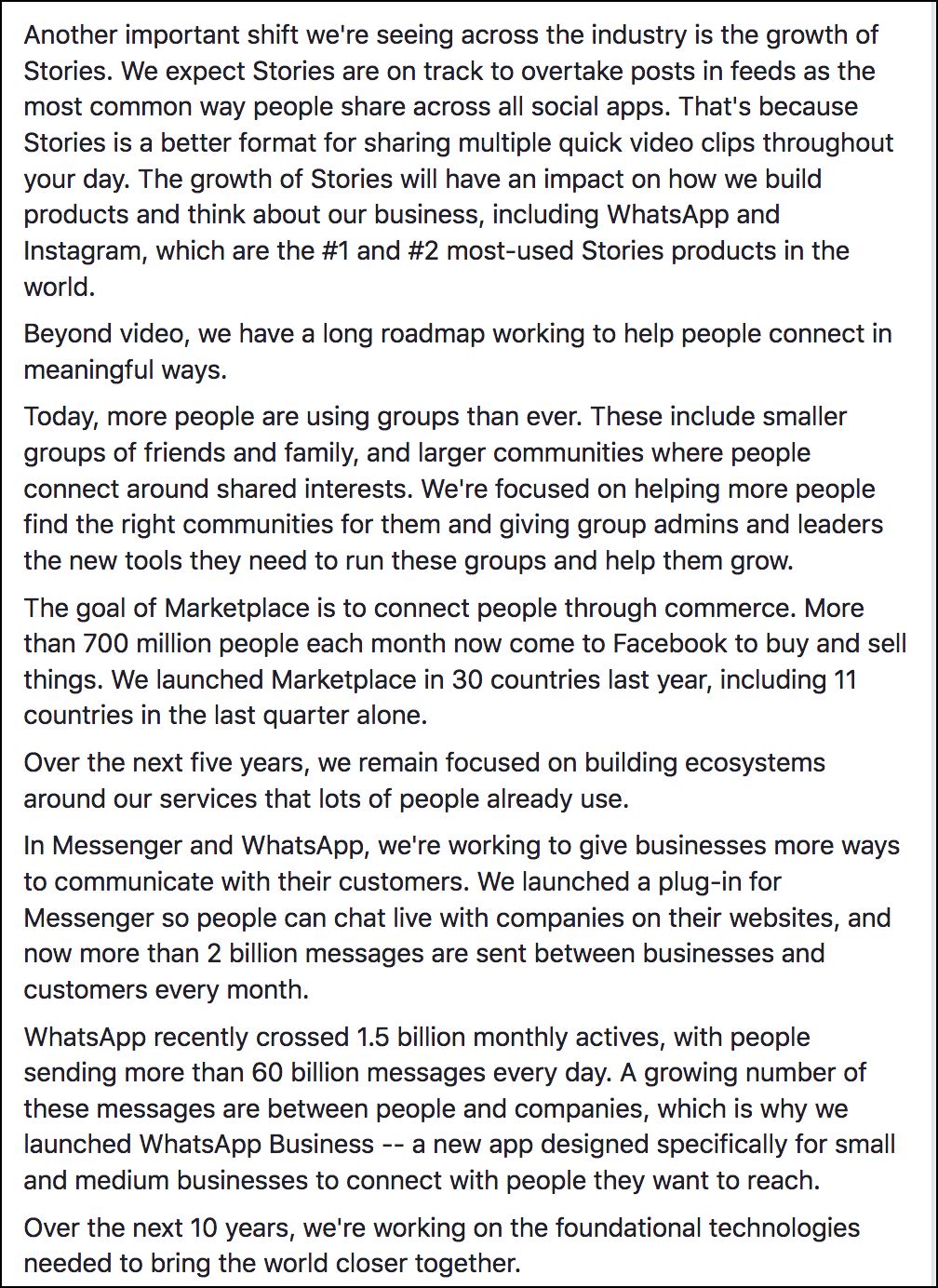 6 Replies to “Facebook owner posts his intentions to force left-leaning, often fake news on its users”