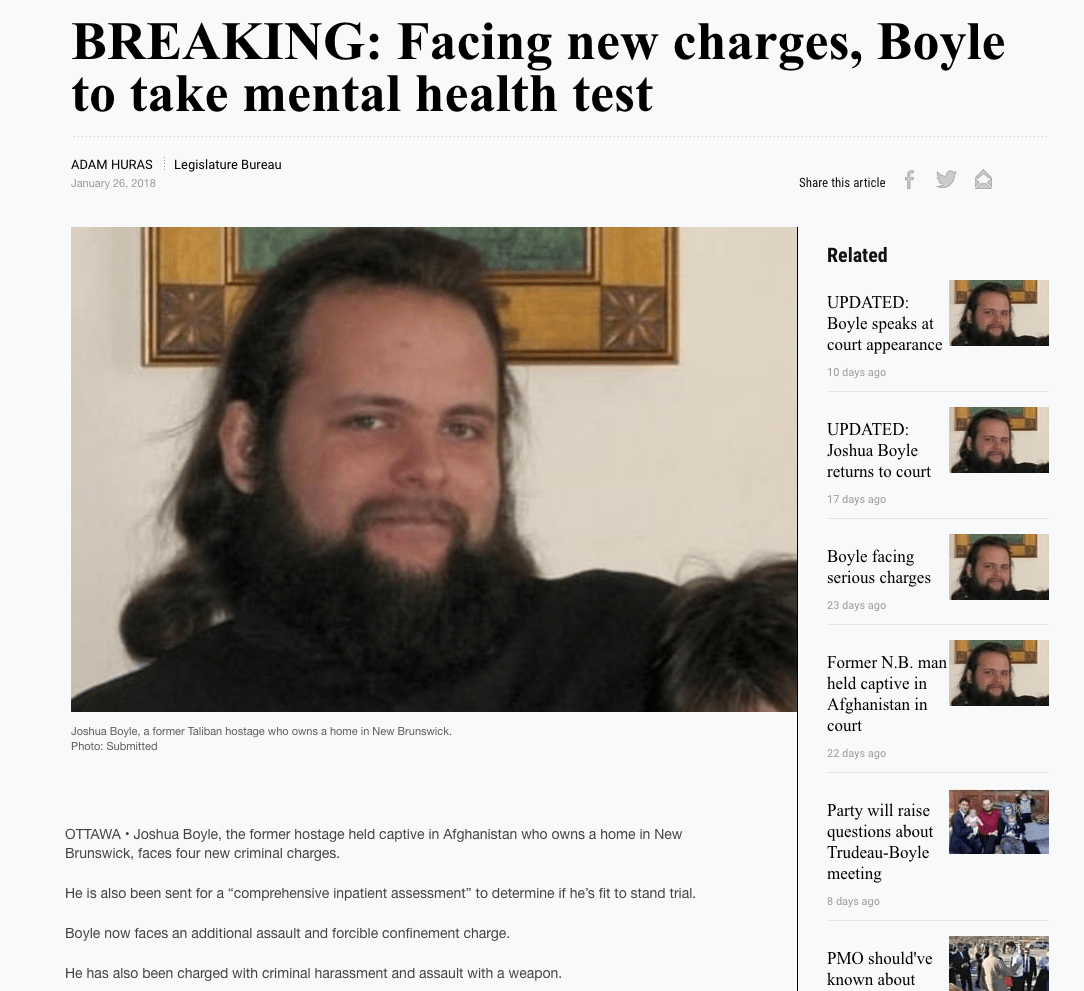 In the near global disinformation campaign, the government-media complex is waging on the public, one thing is reasonably consistent.
When Islam motivates someone to grotesquely antisocial acts, they must be represented as mentally unwell.

This is so consistent that often we read a story in the news mere hours after an attack where the jihadis lifetime psychiatric records are somehow available to the press to show his ‘true’ motivations as those of mental illness. This despite the fact that doctor-patient privilege usually makes those records pretty sealed and only a lengthy court process can get them opened even to the police as a rule.

Now it is poor logic to work that process backwards. But it isn’t impossible to see where the process can work in reverse.

When a man voluntarily goes to the hub of Islamic conservatism, and where the longest war in US history is waging, and takes his pregnant wife, not the previous one who he married, that was part of Canada’s most notorious jihadi family, the Khadr’s, but another one who converted to Islam for him. And the they spend five years with the Taliban (they claimed as prisoners but together and allowed to have kids) and then refuses a ride home on an American jet, well, we can maybe guess that they are calling in to question his mental health to cover for his jihadi sympathies. Add to that his major connections to Canada’s prime minister, Trudeau, and you can see why they might want to call him insane.

I wonder if the fellow who allegedly shot up that mosque in Quebec had this test and if they will find him insane. Quite a convenient tool that sanity test is.