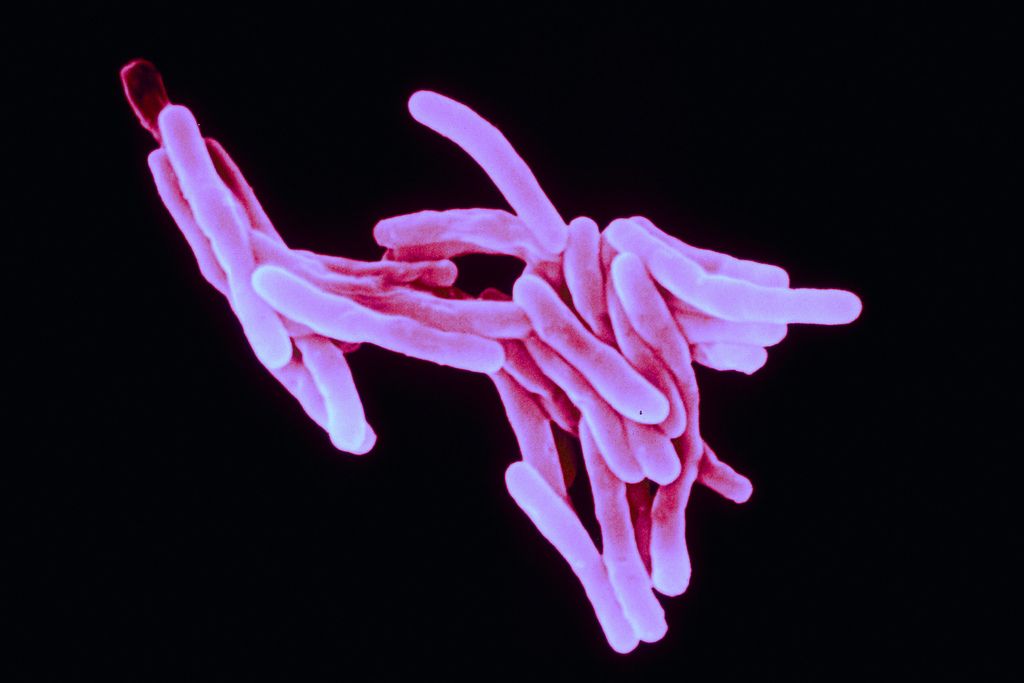 Scientists substantiated the outbreak of a multiresistant strain of Tuberculosis. It was discovered in 29 refugees who had come to Germany via the Horn of Africa.

The tuberculosis trend which had been declining for many years has turned around. This is what the Robert-Koch-Institut (RKI) in Berlin had announced at World Tuberculosis Day 2017, pointing out a relation with current migration movements. Scientists at the National Reference Centre (NRZ) at the Borstel research center pat(district Segeberg) managed to substantiate a Europe-wide outbreak of a multiresistant strain of Tuberculosis with 29 refugees. The strain showed a remarkable combination of resistance to four different antibiotics.

The increase of cases with persons with migration background caused the NRZ scientists to conduct further research. In general, newly arriving refugees are screened for transmittable diseases in the entry exam according to paragraph 62 of asylum law (AsylG). This includes an x-ray of the respiratory tract, which can determine a tuberculosis infection. But only ten percent of the people who are infected with the pathogen become ill – half of them in the first year after infection, the other half even later.

Since the law for protection against infection (IfSG) was introduced in January 2001, numerous characteristics of each tuberculosis patient are recorded and, in anonymised form, transferred by the 400 health offices in Germany via the 16 land offices to the Robert Koch Institute.

Refugees came over Horn of Africa
The research center Borstel now announces in a publication in the professional journal „The Lancet Infectious Diseases“ that the researchers from Schleswig-Holstein and their colleagues of the National Reference Center for Mycobacteria (NZM) Switzerland identified a hitherto unknown Tuberculosis pathogen in 2016.

The moleculobiological examination in combination with patient interviews enabled the scientists to partially reconstruct the chain of infection. The data pointed to the infection to have occurred before the arrival i Europe, in a Libyan refugee camp at Bani Walid.

It is likely that the strain developed from a clone of a tuberculosis strain that is common at the Horn of Africa, and developed the critical combination of resistancies. All 29 patients from seven European countries were refugees who had migrated to Europe via the Horn of Africa.

There were no refugees from Hamburg, Schleswig-Holstein or Lower Saxony [i.e. northern Germany] among the 14 cases in Germany, according to the statement. „The patients are mainly unaccompanied underage refugees who registered in Baden-Württemberg“, says Dr. Katharina Kranzer, chief of the NRZ at the research center Borstel. But as the outbreak was still ongoing, more cases might surface.

In September 2015, in what has been the largest influx of refugees to Hamburg until now, nine people were precautionally taken to the University Hospital Hamburg-Eppendorf (UKE). A paramedic had noticed, in a tent at the main strain station, symptoms of the highly infectious disease with three refugees who were waiting to continue their journey there. They could be released from the UKE only hours later.

70 percent of those fallen ill are foreign nationals
“It was only through analysis of the genome that the strain of the outbreak was unambiguously identified”, says Professor Stefan Niemann, author of the study and leader of the research team molecular and experimental mycobateriology at the research center Borstel, and of the tuberculosis department of the German Center for Infection Research. “But in order to be able to fully benefit from the advantages of this technology it needs to be incorporated into routine screening and monitoring for tuberculosis.”

Niemann refers to himself and his colleagues as genome detectives, having been analyzing the genome of the tuberculosis bacterium. “In order to be able to determine the tuberculosis strain, we developed a quick test,” says Niemann. Additionally, in Borstel, in a pilot project, all laboratory samples from tuberculosis patients from Hamburg, Hannover and Frankfurt are being analyzed. “We have material from Hamburg from 1996 on”, says the researcher, hoping that other cities will join in on the project.

According to RKI, a total of 5915 cases of tuberculosis were registered in 2016, meaning 7.2 newly falling sick per 100,000 inhabitants. The analysis by nationality showed visible differences in the risk of illness: The incidence with foreign nationals was 42.6 per 100,000 inhabitants and thus was 19 times higher than in the German population (incidence 2.2).

This discrepancy has increased, compared to the previous year (factor 16.6). The difference was especially notable in young adults. Altogether, 30.9 percent of those who had fallen sick had German nationality; 69.1 were foreign nationals..

The analysis by country of birth shows that the number of foreign-born patients steadily increased over the past years, and constituted three quarters or 74.3% of all registered cases in 2016. The most frequently stated countries are Somalia, Eritrea, Afghanistan, Syria and Romania. “But it would be wrong to assume that you can’t become infected by tuberculosis in Germany, and that it is always transmitted abroad”, points out Niemann. “30 percent of the cases occur via transmission in Germany.”