Family trafficks more than 100 Syrians to Germany via Poland

On Wednesday, police arrested a person in Berlin during a raid. Investigations against a Syrian-Polish gang are ongoing.

Berlin. German and Polish investigators are proceeding with raids against nine suspects from a family clan. Two persons were arrested in Germany. There is a search ongoing for another person. The charges: organized trafficking of foreigners. By Andreas Blaser 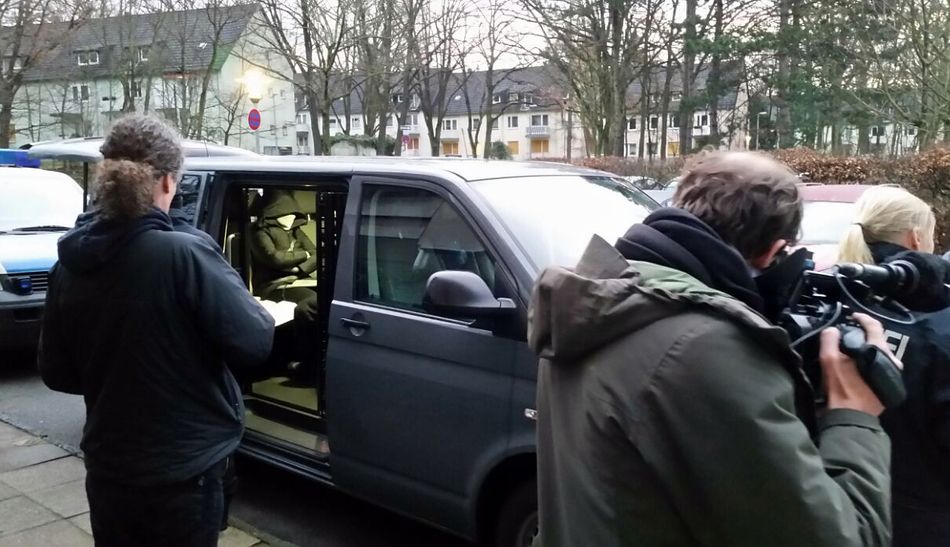 It was still dark when police chief Markus Pfau gave the mission order to more than 170 officers of the Federal Police. Their target was a Syrian-Polish gang of traffickers, who allegedly trafficked more than 100 persons from Syria to Germany. As Pfau, leader of the investigating Federal Police office for crime fighting in Halle says to Rundschau, two people were arrested in the Germany-wide raids. It is a 26-year-old female Polish national of Syrian ethnicity, and a 40-year-old Syrian. They have been brought before the committing magistrate and are now in custody. A search for a third person is still ongoing, as well as for three more Polish nationals. There are a total of nine suspects, but not all of them are wanted with an arrest warrant. The members of the gang are organized in a family-like structure, according to Federal Police. Head of the traffickers, who seemed to have been organizing the operations, is the 26-year-old female Polish national who was arrested in Germany. She is the main accused.

Most of the accused are from Syria, but have migrated to Poland already years ago, and have grown up there. Some of them married Polish citizens and therefore hold dual citizenship. According to investigations by Federal Police, the gang of traffickers begun approximately in the second half of 2016 trafficking Syrians to Germany. Their method: The Syrians, who hadn’t been living in their homeland anymore, but in the meantime in the Gulf region in the United Arab Emirates, some of them for quite a long time, organized Polish tourist visas – but with false details and with the help of the traffickers. From the Gulf region, they flew to Poland – very likely to the capital of Warsaw – and then travelled on overland to Germany. The large Autobahn transits in Frankfurt at the Oder, Görlitz-Ludwigsdorf, but also Guben, Forst and Podrosche in Saxony were probably used. Once in Germany, the Syrians applied for asylum, in order to be able to claim the benefits associated with it.

The investigations of Federal Police and Polish Border Protection might be able to shed new light on the repeated cases of trafficking in the border regions of Brandenburg and Saxony. Over the past months and years, large groups of refugees have repeatedly been apprehended who apparently illegally crossed the  border. Most of these were Iraqis and Russians from Islamic Chechnya though.

According to Federal Police’s statements, the traffickers received about € 8,000 per person, which means that, according to the current state of investigations, the gang made about € 300,000. But if the police’s estimate of about 100 trafficked persons turns out correct, the gang’s earnings will be remarkably more. The profit explains why the traffickers issued strong pressure to receive their margin. The current investigations of police end in the first quarter of 2017, which suggests more cases in later activity of the gang.

Even when the current police action of wednesday was focused on Berlin, the officers were busy until afternoon in almost all German states. There, and in Berlin, mobile phones, digital storage devices and a large sum of money were seized. Police spoke of “significant assets”.

According to police and judiciary, the accused are charged with the professional and gang-like trafficking of foreigners. In addition, there are investigations against several accused for the suspicion of social fraud and fraudulent application for asylum. Even some of the members of the Syrian-Polish family are suspected to have applied as politically persecuted asylum seekers in Germany.