A good friend of the Counter-Jihad had spent some time as a fine arts major in a German University.

She informed me that there is, it seems, a curious tradition in German classical art that many of us may find quite intriguing,

The term for it is “Mondsichelmadonna” which means “sickle moon Madonna.”

The images are of the Virgin Mary, usually holding something like a scepter, and standing on a crescent moon.

The moon, I am told, must also have a specific feature.

The moon must have a face, and that face must look unhappy. 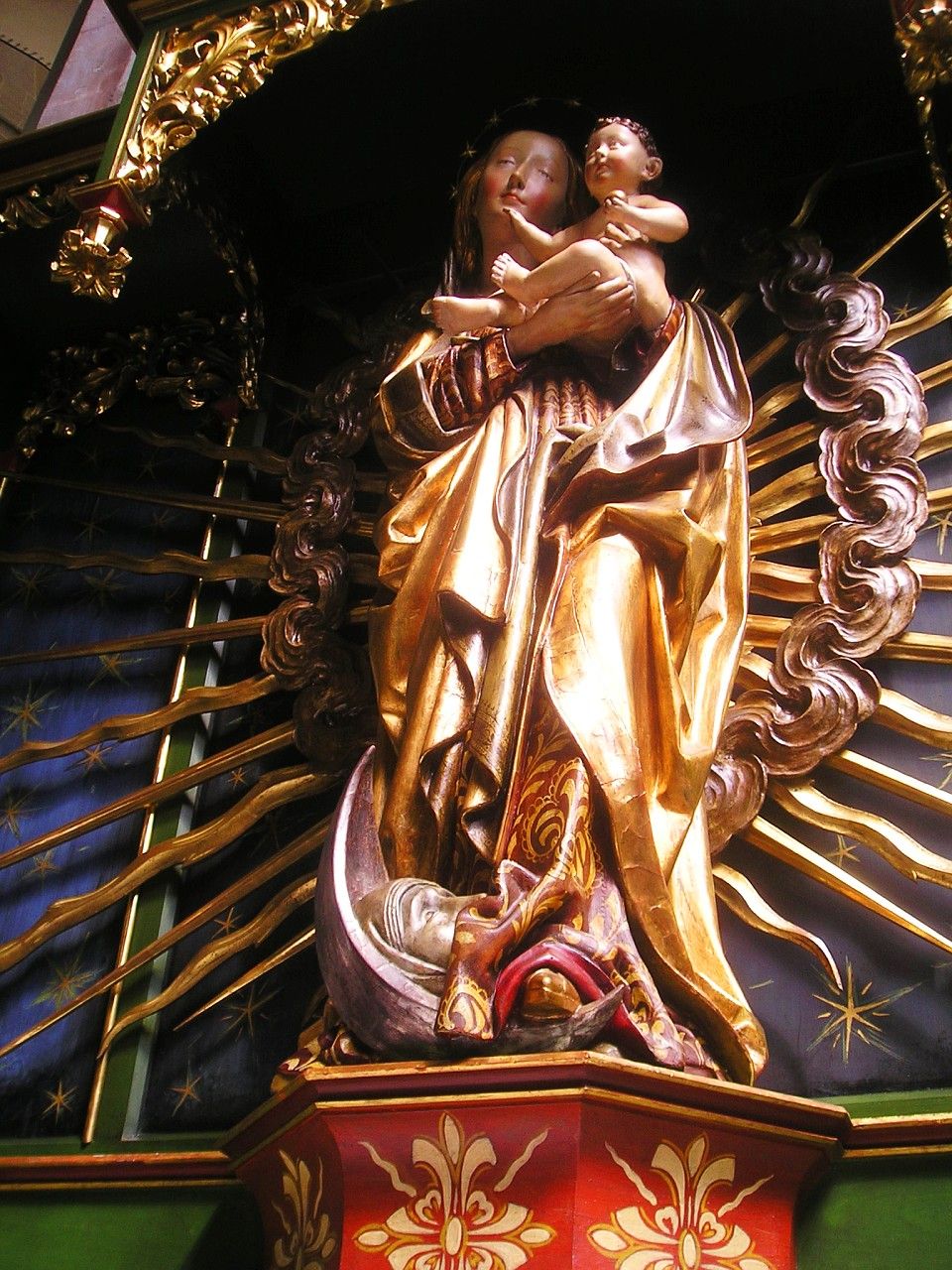 The icons can be seen all over Germany, although they are not so common as perhaps once, they might have been.

Many date back to the late 1600s like this one, which is right at the center of München. 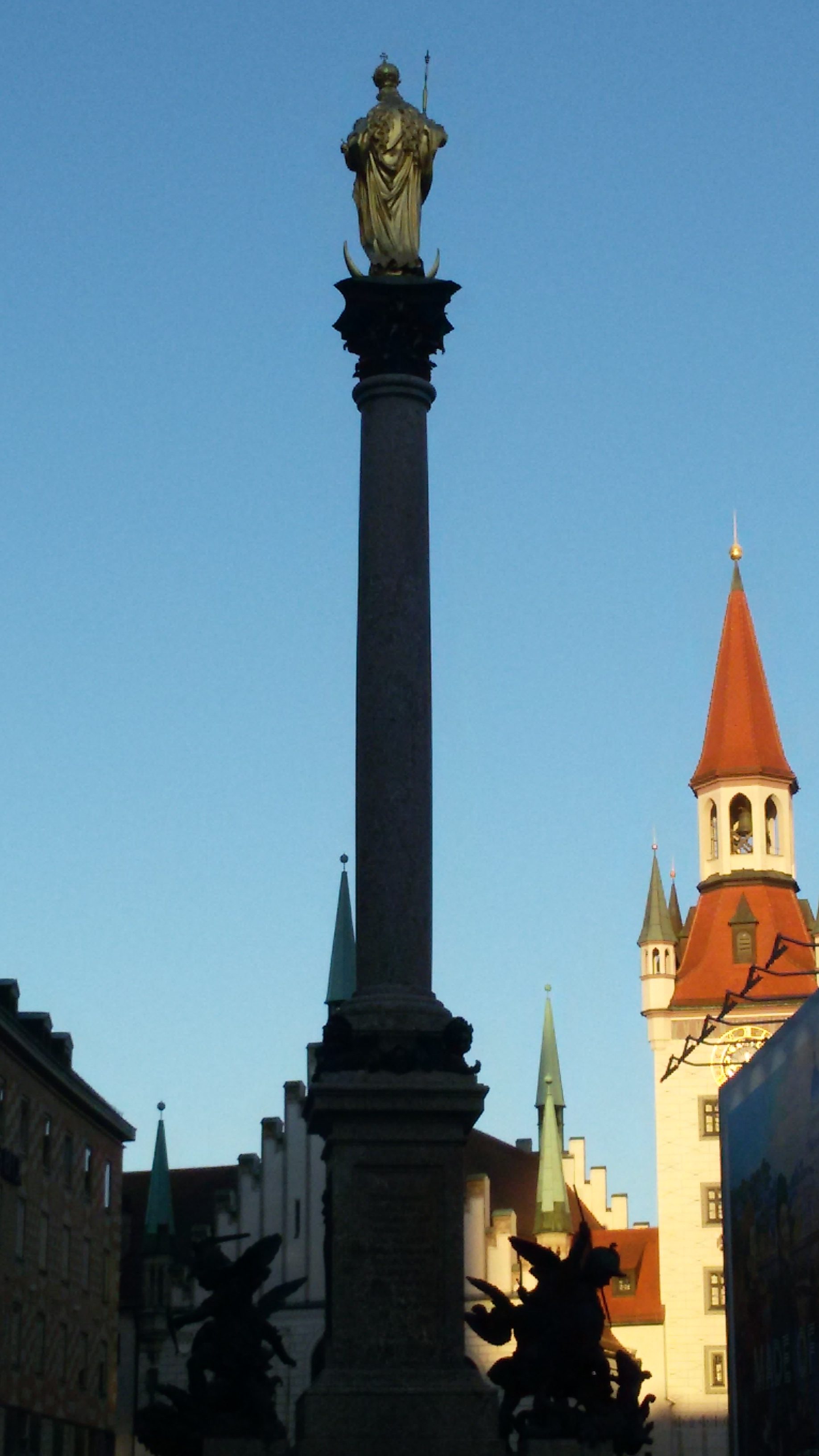 If you zoom in on the statue, you get a better idea. This one is said to be at the geographical center of München and all roads lead away from this point.

Axis of symmetry was reversed in this enlargement

An interesting set of features. The Virgin Mary, a baby Jesus, a scepter of some kind and standing on an unhappy crescent moon.

Our friend tells us that no one knows what any of this means anywhere. not in the usual literature and certainly no university prof. or purveyor of the narrative has any idea what these things means.

I suppose that means they will be removed soon, despite having been there since the 1500s.

I suppose in a way, this can be thought of as the German equivalent of the classical tradition of iconic art  known as The Pietà, except with the added element of the scepter and the unhappy crescent moon.

One wonders why a solidly iconic figure would be portrayed as standing on an unhappy crescent moon’s face in and around the 1500s and 1600s in Germany.

It may be impossible to figure that out. There is, as German art profs insist, “there is simply no way to know.”

The moon face on the top image seems to be wearing a cap of some kind.

But that cannot possibly have anything to do with the meaning of the imagery. 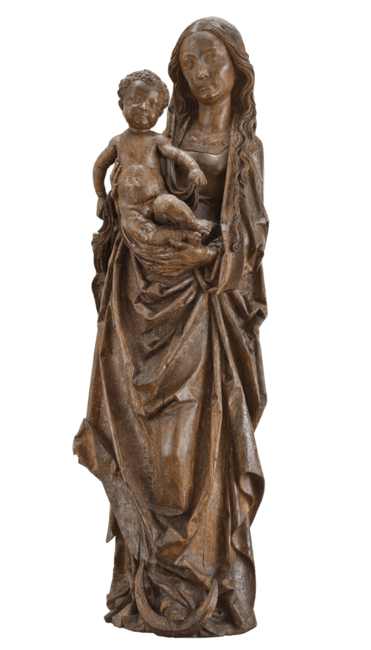 No doubt just an ancient teutonic custom from the renaissance with no actual meaning whatsoever to be discarded ad abandoned with last week’s milk. The cost of making these must have been the ransom of a Sultan though, if Europeans where the sort of folks who took Sultans hostage and ransomed them. So it must have meant something to them at the time.

Perhaps if enough grant money is found, and all arts schools can be funded enough to destroy all the research, its possible that the meaning of the unhappy crescent moon with a sad face and a sort of cap on can be forgotten forever in case the facts of history may offend those people currently in the process of rewriting it all. 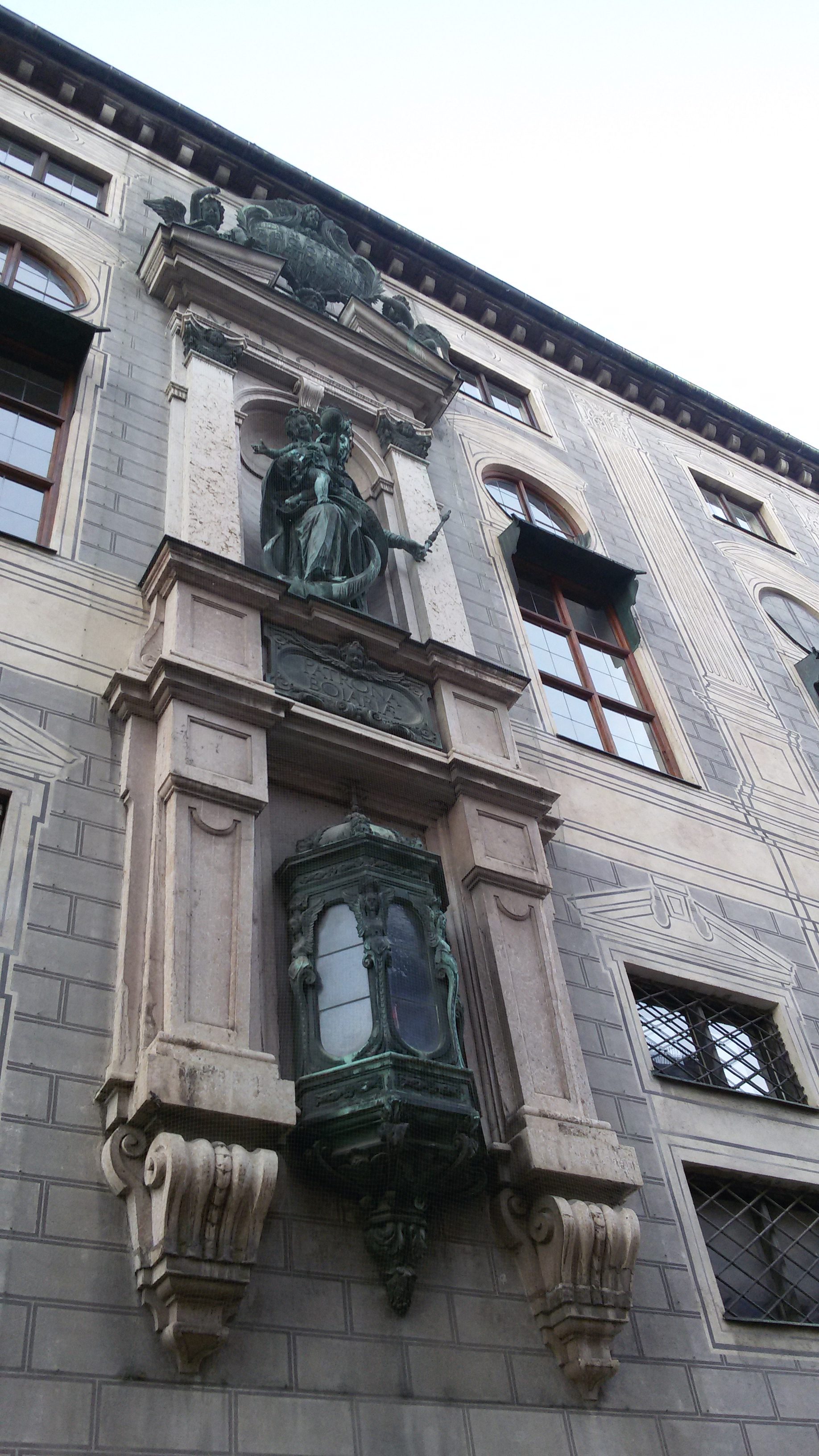 26 Replies to “German-Christian Iconography. What does it reveal?”