1, According to Israel national News, Canadian PM Justin Trudeau managed to give the usual public statement on the Orlando massacre and not mention Islam or Muslim once.

I have not found the video of it yet, but I’m sure it will be as infuriating as it is amusing.

3. Reddit, the popular news aggregator proves once again that there is no such thing as “social media” as they censored all news of the Orlando shooting on their site and letterally BANNED regular contributors for posting fact based links on the Islamic nature of the attack and Islamic identity of the killer. Here is their excuse. But it sure feels a lot like Facebook and Twitter to me. Regulars who post to Reddit noticed it right away and alerted  us here at Vlad early to it, which leads one to suspect that they may not be 100% correct in their reasons.

4. The Culturally Marxist left wasted no time in gathering lots of people who either are gay, or willing to pose as gay, to try and make sure the anti-civilizational policies of Clinton et al. do not suffer because of the results of said policies and that Trump gains no ground.

In the comments to today’s Daily Links post, there are many similar videos from all over the country where an attempt to deflect blame and cause away from Islam, and towards guns and right wing people is in full swing. Its quite something to see. In the 70s we had to take LSD to get this far from reality.

So much for all the bilge we hear about him on CNN etc.

6. Slovak art piece looking like a Muslim terrorist set up in street in center of Bratislava.

Slovak police are investigating the case of a mannequin dressed in black clothes holding a mock weapon, which was placed in front of the St. Martin’s cathedral on Sunday morning. The mass in the cathedral had to be closed down, as the police also had to look for explosives in the area. No explosives were found, though. “The investigator has started criminal proceedings concerning an offense restricting freedom of religion,” stated the regional police’s spokesperson Lucia Mihalíková, adding that the police call on the public for cooperation. 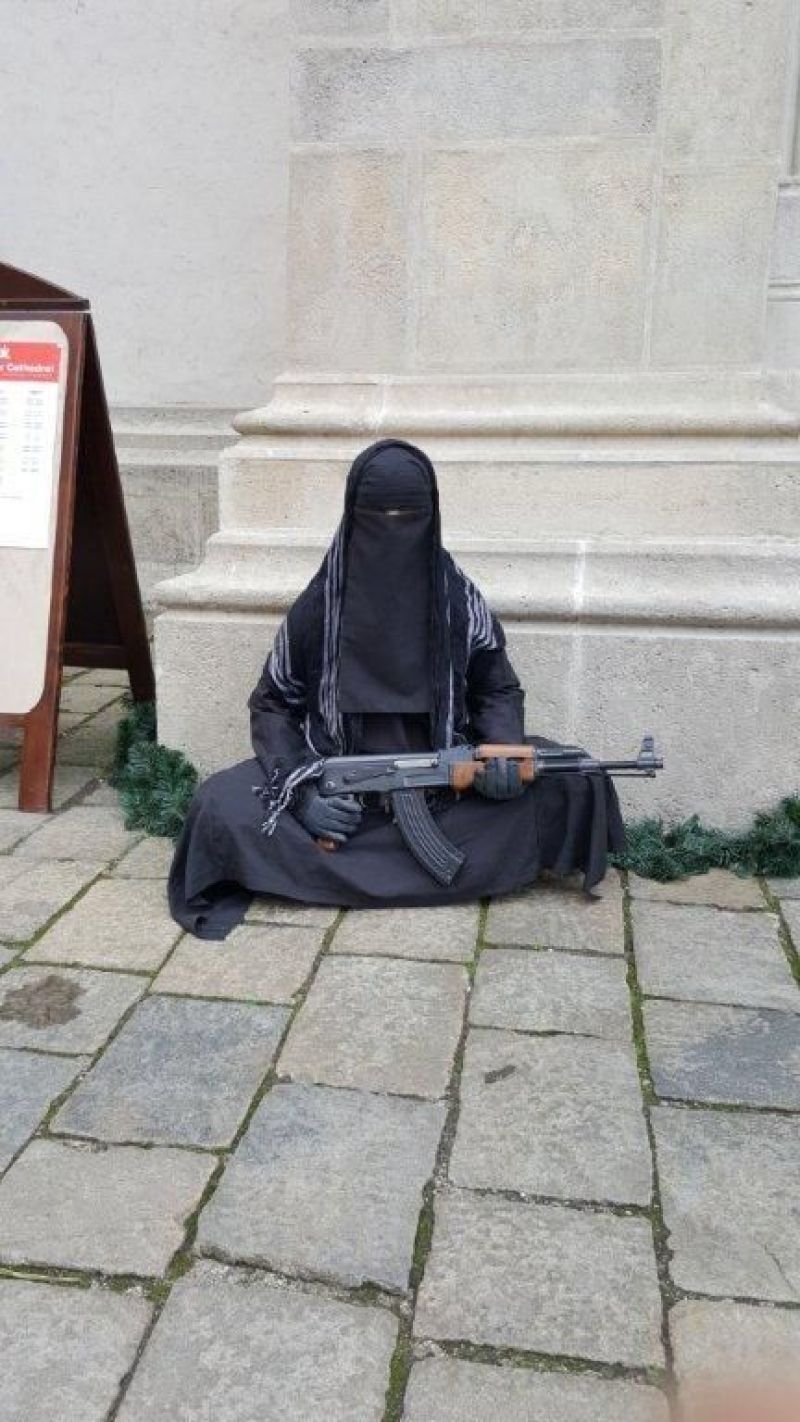 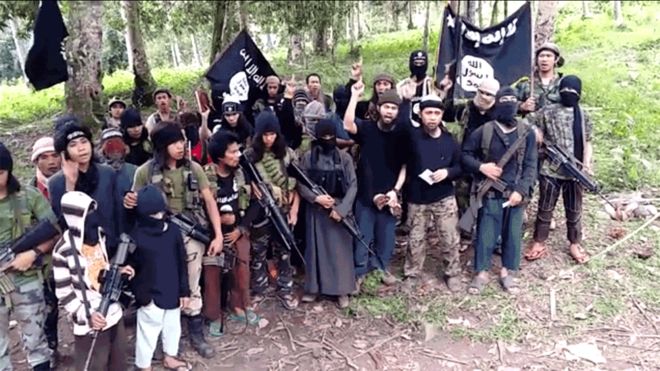 (They probably should have waited till the anti-backlash campaign settled down or the blood was drained off the floor of the Pulse gay bar, but they went ahead and killed another Canadian hostage)

A Canadian held by the Islamist group Abu Sayyaf in the Philippines has been killed, media reports say.

Robert Hall was kidnapped in September along with three other hostages from Canada, the Philippines and Norway.

Canadian Prime Minister Justin Trudeau said he believed it was “likely” that Mr Hall had been killed by his captors.

“It is with deep sadness that I have reason to believe that a Canadian citizen, Robert Hall, held hostage in the Philippines since September 21, 2015, has been killed by his captors,” Mr Trudeau said in a statement.

(I have deep misgivings about Mr. Trudeau as PM. But it is truly an excellent and even somewhat brave thing he is doing, to NOT pay the ransoms to these groups. It would be easy for him to look like a hero to his less deep-information supporters by using tax money to ransom them home. But that would indeed put all non-Muslims in the Philippines, and especially Canadians everywhere in Muslim lands from Afghanistan to Calgary in great danger)

Thank you Xanthippa, M., Richard, Wrath of Khan, ML., and many more.

The comments on this site are always good but the past 24 hours or so especially, including some interesting disagreements. So please consider checking those as well.