1, Venezuela self destructs, sends shrapnel of antisemitism across the world as it does

(“How can you be a socialist and not be an anti Semite?” -Adolf Hitler)

“What does Israel plan to do with the Palestinians?” asked the Venezuelan ambassador to the UN, Rafael Ramirez. It was, of course, a rhetorical question.

Speaking at an informal session of the Security Council this month, the representative of a despotic, corrupt and militarized regime — one that has bankrupted Venezuela, hijacked the judicial system to throw political dissidents in jail, and counts Iran and Syria among its closest allies — rained down anti-Semitic rhetoric upon the State of Israel.

Ramirez went on to flatly ask whether Israel was “trying to impose a ‘final solution’ on the Palestinians in the West Bank.”

In making the obscene comparison between Israel and the Nazis, the Venezuelan delegate engaged in the ultimate blood libel — accusing the survivors of the Holocaust of having turned into the same monsters who exterminated 6 million Jews and millions of others. Even UN Secretary General Ban Ki-moon publicly rejected such a disgusting comparison, as did other UN member representatives including France, the United Kingdom and the United States.

(Ramirez has since apologized privately to Israel’s UN ambassador, but has yet to do so in public.)

The Venezuelan remarks, of course, were meant only to fuel hatred. Ramirez never had any intention of addressing the subject of the meeting: the protection of civilians affected by the ongoing conflict between the Palestinians and Israel.

Even worse, arguably, is the fact that these comments were made under the auspices of a process that is designed to increase dialogue and understanding, rather than boosting hatred and polarization.

The United States, European Union and Canada are protesting a move to block gay and transgender groups from attending a high-level United Nations conference on AIDS.

A U.N. diplomat said a group of 51 Muslim nations asked that more than a dozen groups not be allowed to attend next month’s conference. The diplomat spoke on condition of anonymity because the communications have been private.

In a letter to General Assembly President Mogens Lykketoft, U.S. Ambassador Samantha Power said transgender people are 49 times more likely to be living with the HIV virus that causes AIDS and their exclusion will impede progress in achieving an AIDS-free generation.

(Isn’t Al-Nusra front a pretty much a 100% US financed an created institution?)

According to a judicial source in Beirut, 106 people were sentenced to death for membership in extremist organizations Daesh and Al-Nusra Front, kidnapping and attempting to kill Lebanese soldiers and policemen, and attacking the town of Arsal near the Syrian border.

The source said that those sentenced to death include 73 Syrians, 32 Lebanese and one Palestinian. Only 77 of those are currently in custody.

(Personally I think the name ‘Junebug Zoom’ would have been better. Then he could blame it on the theme song to Oklahoma, possibly the worst song ever penned by a biped)

6. REVEALED: French police FLEEING Calais after more than 300 are attacked by migrant mobs 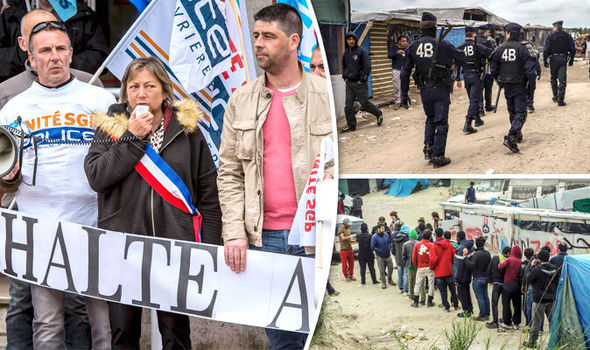 Police are under unprecedented strain in Calais

Officers fear it is only a matter of time before one of their number is killed by rampaging asylum seekers, who are becoming increasingly violent in their attempts to reach Britain.

Today more than 100 local police protested in Calais town centre against a lack of resources and “cop hater” left-wing activists amid mass resignations and plummeting morale.

A group of Tunisian migrants set fire to the main pavilion in a Lampedusa refugee welcome center Tuesday night, causing severe damage, after learning they would be repatriated to their home country, according to reports.

The fire enveloped the first aid and reception center of Imbriacola in Lampedusa, which presently houses some 530 asylum-seekers, though no injuries have been reported. This is not the first time that migrants have set the pavilion ablaze. Similar acts of arson occurred in 2009 and then in 2011.

A MUSLIM faith school was not inspected properly by Ofsted because officials were “prohibited” from speaking to pupils or staff, the regulator has admitted. 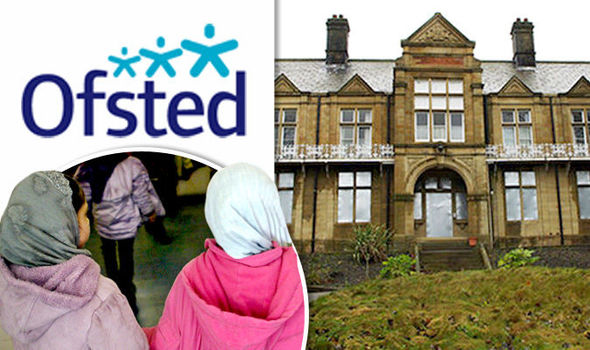 The child safety inspection fell on the same day as the Islamic festival of Eid and inspectors were allegedly told they could only speak to senior managers.

The private Zakaria Muslim Girls’ High School, in Batley, is run by the secretive Deobandi sect, which often shuns contact with non-Muslims.

It is believed the sect controls around half of all Britain’s private Islamic schools.

Thank you Wrath of Khan, M., Malca, Yucki, and many more. It has been a busy day and will be for the next couple as well, so I may have lost track of some of you, but that does not mean less appreciation.

At what point might one suspect you have a child for a national leader?

I think the real story here is that the CBC published something that makes Trudeau look less than perfect.