1, Article on the state of German and British democracy at this time.

This comprehensive article at The Rebel is worth the time it takes to watch the videos and read the translations of the Facebook posts. Get a fresh coffee and read this over. It culminates in a video of the Vice President in Germany stating things that should make all real liberal’s hair stand on end. Very reminiscent of past socialists in Germany, Italy, Russia and China. The victim was killed then burned in a Suzuki van on the orders of the village jirga PHOTO: EXPRESS

PESHAWAR / ABBOTABAD: A woman was drugged, strangled and then her body set ablaze because she helped her friend elope, police said Thursday, announcing the arrest of 14 people in a twist on the grim practice of “honour killings”.

Ambreen, believed to be around 20 years old, was killed then burned in a Suzuki van on the orders of the village jirga (council) in Makol on April 29, District Police Officer Khurram Rasheed told AFP.

(Ahh Islam. The religion of “we set you and your car on fire if you help someone to elope”)

(I actually made my own submission for this contest. granted, its not a cartoon and its not about the Holocaust but I want to enter it anyway)

(words fail me other than Merkel really has lost her mind)

5. Donald Trump refuses to back down on Muslim ban as he claims ‘Islam ruining Europe’

(Anyone care to argue with that?)

The presumptive Republican nominee first proposed the idea in the wake of the horrific California shootings in December, which left 14 dead.

The shooters were believed to be radicalised Muslims inspired by evil terror group Islamic State.

But the billionaire has not backed down on his controversial policy, saying: “They’re destroying Europe, I’m not going to let that happen to the United States.”

(The language this paper used is profoundly biased against Mr. Trump. But what caught my eye was the mustache. I suspect they airbrushed on a light colored nearly invisible Hitler mustache. I know this site is brutal for asking readers to do homework but hey, we are all in this together right? So I am asking readers to look at other pictures of Trump and see if anyone can find any other images of him with that mustache. There is some disagreement about the extent to which this is deliberate already) 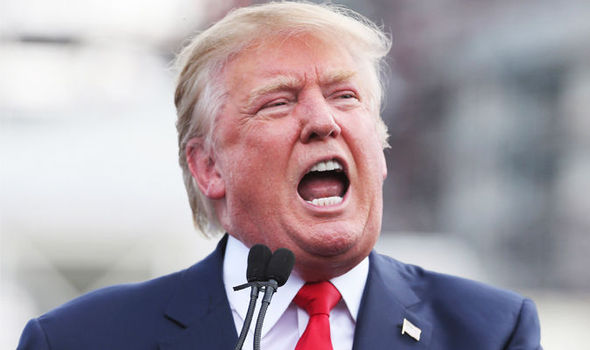 7. University students being indoctrinated with religious like, repetition of chants, and creating violent animosity towards whoever the leaders choose to direct the vitriol they create.

Maybe South park has it right.

8. Yazidi survivors of Islamic genocide question Trudeau’s refusal to label it as such

9. Please look at the photos of this funeral in Manchester UK of a Muslim. It could be my imagination, like Trump’s Mustache, or it could be that only people with a Y chromosome are allowed to attend. How bad is it in Venezuela? Soldiers are stealing goats

That’s right. A nation that was oil rich is now so broke its own soldiers are stealing livestock to eat. This is purely from mismanagement. The country was doing fantastically well in the 80s.

What is a Social Justice course?

7 Replies to “Socialists advancing the cause of increasing human misery and destroying individual rights via Islam: Links 1 on May 5 – 2016”