1. No More Mosques in UK march

The US has imposed fresh sanctions on Iranian companies and individuals over a recent ballistic missile test.

The new sanctions prevent 11 entities and individuals linked to the missile programme from using the US banking system.

The move came after international nuclear sanctions on Iran were lifted as part of a deal hailed by President Barack Obama on Sunday as “smart”.

Four American-Iranians were also freed in a prisoner swap as part of the deal.

Among them was Washington Post reporter Jason Rezaian – whom President Obama described as “courageous”. A fifth American was freed separately. 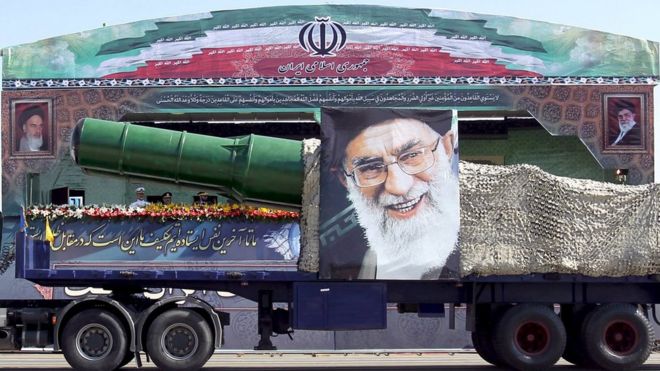 Is smiling ok in islam? I guess if its pasted to a nuclear missile

3. Danish clubs use language rules to keep refugees out

After growing reports of male refugees and asylum centres harassing female guests, several nightclubs are now requiring that all patrons be able to speak Danish, English or German in order to come in.

Women in at least three Danish cities have reported in recent days that they feel uncomfortable at night because of the way refugees and asylum seekers behave in bars and nightclubs.
As a result, some drinking establishments have implemented new procedures to keep harassment to a minimum. Some have turned to having extra security guards while others have started a new policy to keep out guests who are unable to communicate with staff.

4. Hungarian refugee center cam catches migrants hurling rocks at everyone and everything

5. Geert Wilders on the rape, Rob and molest epidemic

The Party of Freedom (PVV) demands that male asylum seekers be locked up in asylum centers, as long as the Dutch cabinet fails to close the Dutch borders for all asylum seekers and for all immigrants from Islamic countries. PVV leader Geert Wilders says this in a video message which was released today.

Geert Wilders: “The Party for Freedom is very clear: We have to close our borders for all asylum seekers and all immigrants from Islamic countries. But as long as this does not happen, as long as our women are endangered by the Islamic testosterone bombs, I propose that we lock the male asylum seekers up in the asylum centers. For them the asylum centers have to be closed institutions, so that not a single male asylum seeker can still go on the streets and our women are protected.”

The seizure of Infidel girls and their use as sex slaves is sanctioned in the Qur’an. According to Islamic law, Muslim men can take “captives of the right hand” (Qur’an 4:3, 4:24, 33:50). The Qur’an says: “O Prophet! Lo! We have made lawful unto thee thy wives unto whom thou hast paid their dowries, and those whom thy right hand possesseth of those whom Allah hath given thee as spoils of war” (33:50). 4:3 and 4:24 extend this privilege to Muslim men in general. The Qur’an says that a man may have sex with his wives and with these slave girls: “The believers must (eventually) win through, those who humble themselves in their prayers; who avoid vain talk; who are active in deeds of charity; who abstain from sex, except with those joined to them in the marriage bond, or (the captives) whom their right hands possess, for (in their case) they are free from blame.” (Qur’an 23:1-6)

7. Meanwhile, in the Netherlands:

8. Civilian defense groups on the rise in Germany

(Whatever a person may feel about the issues presented on this site and however they may view our analysis of them, the fact that a law abiding country like Germany and a fairly conformist population like Germans would be flocking to form and join vigilante groups to save the rule of law, says a great deal about the facts on the ground in Germany. It also likely implies that conditions there, and frequency of law breakers and degree of cover ups by government and enforcement is likely much higher than makes its way to English media)

In the wake of the New Year’s Eve attacks on women in Cologne, small groups of civilian vigilantes have emerged. But some security experts warn that, in some cases, they’re a cover for right-wing extremism.

The initiatives range from neighborhood watch groups to far-right groups that aren’t afraid to use violence. They don’t always call themselves civilian defense corps – perhaps because it sounds too militaristic and would soon rouse the authorities. After all, the police are responsible for maintaining security in Germany; civilians aren’t allowed to start playing sheriff when they feel like it.

But the Cologne attacks seem to have created a new, threatening atmosphere. Some civilian defense groups, such as a Düsseldorf initiative, even reference the attacks directly. Thousands of people have joined the Facebook group “One for all, all for one… Düsseldorf keeping watch.” According to the information on its page, the group says its mission is to watch out for “our women” in places where danger might lurk. The group plans to patrol together on weekends or at special events. “I don’t think that free people should have to be intimidated because they’re scared,” organizer Tofigh Hamid told German broadcaster Sat.1, adding that the group is non-violent and non-racist.

9. Company says Muslims can pray on scheduled breaks only or find another job

When a Wisconsin manufacturer changed its previously liberal policy on Muslim prayer times, dozens of Somali Muslims claimed they were forced to walk out of their jobs.

Before Thursday of last week, Muslims employed at Ariens Manufacturing were permitted to leave the production line two times per shift to pray two of their daily prayers to Mecca, according to local ABC affiliate WBAY Channel 2 News. A spokesman for the company said they were forced to change that policy, however. His statement said:

We are open to any of the employees returning to work under the new policy or will look for openings in shifts that do not coincide with prayer time. We respect their faith, and we respect their decision regardless of their choice to return to work or not.

(Interesting that its the left that seems the first to move things into violence in most cases. I am reminded of ANTIFA’s hammer attack on a BNP politician some years ago in the UK. Threats of violence and death are of course as common from the left wing activists as they are from muslims. But action has been more rare up to now)

The group were on their way home from a march commemorating the 71st anniversary of the British bombing of Magdeburg, now capital of the federal state of Saxony-Anhalt, on January 16th 1945, which left large parts of the town destroyed.

Commemorating the victims of Allied aerial bombardment in the Second World War is a sensitive topic in Germany, as the far-right often seek to politicize such anniversaries.

The men had attended a demo by far-right groups which gathered by around 240 people and were travelling home by train..

As they exited the train in Oschersleben a group of around two dozen people who police believe were from the far-left scene attacked them.

The assailants were masked and carried baseball bats and metal poles.

Thank you M., PePi, Nicolai Sennels, Yucki, Richard, Maria J., and many more. Much more to come shortly including a segment of a significant speech by the Czech President yesterday. (Thank you Xanthippa!)