1. Independent UK does typically dishonest piece on a planned PEGIDA rally in response to the mass rape, molestation and robbery of German women NYE

A. Anti Islam is not anti muslim per se

B. “Cologne mayor Henriette Reker previously said it was “completely improper” to link the attacks to refugees” except they were grossly disproportionately, ‘refugees’ by their definition. The ones who were not, appear to also be migrants from mainly muslim nations.

C. it gives motives for the migration not in evidence and also flatly contradicting known facts such as the ones making hijra, or migration to spread islam, from countries not in war or famine.

D. it actually says that it wasn’t migrants who did it and if it was, it musn’t be thought of that way.

In fact the entire thing is what Stephen Coughlin might refer to as, ‘The CVE’

2.  The Airbrush is Mightier Than the Sword

As Kate McMillan says, the Canadian Press is in “particularly fine form” this Charlie Hebdo morn. Your uneducated, uncredentialed amateur would probably write something like:

On Jan. 7, 2015, two Muslim brothers killed 11 writers and artists at Charlie Hebdo for publishing cartoons they didn’t like, as well as a policeman outside. Over the next two days, an accomplice shot a policewoman to death and then stormed a kosher supermarket, killing four Jews.

But if you’re a highly trained J-school graduate you know that the trick with journalism is to identify the who-what-where-why – and then remove it all. Thus:

Whoa, wait a minute. Weren’t these guys born in France? Why, then, the salient fact about their identity is that they’re citoyens, Frenchmen, as French as Edith Piaf with frogs’ legs hanging out of each nostril:

3. EXPLICIT PICS: Nude Cologne Protest: ‘We Are Not Fair Game, Even When We Are Naked!’

(I am somewhat surprised. I did not expect a ‘Slut Walk’ reaction to the mass molestation from Europe. One wonders if this was independently organized or if this was set up by a leftist purveyor of the Narrative. My suspicion at the moment is its not connected to, or sanctioned by the usual suspects. As it is just one woman, I think my assumption is safe) A performance artist has taken to the very same square in which dozens of women were sexually assaulted, stolen from, and raped, in a bid to remind Germany and the newly arrived migrants that women are “not fair game” even when naked.

Milo Moire was photographed completely nude, holding up a poster reading “Respect us! We are no fair game, even when we are naked!!!” near Cologne’s landmark Cathedral on the morning of January 8, 2016.

(A few more uncensored photos are at Breitbart link above)

4. Migrant rape fears spread across Europe: Women told not to go out at night alone after assaults carried out in Sweden, Finland, Germany, Austria and Switzerland amid warnings gangs are co-ordinating attacks

(It is almost as if the various Western Governments are knowingly letting in millions of culturally hostile aliens to our nations in order to get legitimacy for creating ever more and more totalitarian policies to protect the indigenous populations from the consequences of their immigration policies. When you add Merkel and other nations anti-free-speech laws to the mix it becomes true even if it wasn’t intentional at all levels)

Security authorities are growing increasingly concerned by the rising number of sex attacks by gangs of migrants which appear to be spreading across Europe.

Finland and Sweden today became the latest European countries to issue warnings to women to be wary of the threat of sex attacks following fresh reports of sexual assaults in the last week, while the Viennese police chief adviced women not to go outside alone in Vienna.

The warnings come as reports emerged that Austrian and German police tried to cover-up the issue over fears of reprisal attacks on asylum seekers and damage to the countries’ tourist trade.

Dozens of arrests have been made today in connection with the wave of recent sex attacks across Europe.

(Of course, the answer in a rational Enlightenment society is to get rid of the threat, and not live your lives in a twisted manner allowing the threat to go unnamed and unchecked. This realization must occur as the consequences of repairing this perception is orders of magnitude less violent and problematic than its continuance)

5. This is interesting. British citizens stage a ‘Free Raif’ demo in front of the KSA embassy in London E. While its easy ti support the cause of an arrested Saudi blogger who’s crime is basically suggesting Islam and Saudi Arabia are hostile to life, its interesting that this is taking place amongst the Iranian propaganda push against the Saudis. Iran kills a lot of people for trivial reasons as well and quite spectacularly. This was an Amnesty International demo quite similar to the AI one in Aug. in Ottawa Canada

6. Iran enjoys the geopolitical tool of a roughly 10 to 15% Shiia minority in th Sunni country of the KSA which they rattle like sabres in a scabbard when needs be, and needs be now.

(sacrificed on the bloodthirsty alter of political correctness. It must be tough being a police chief in a politicized force. Much like the US armed services after 7 years of Obama) 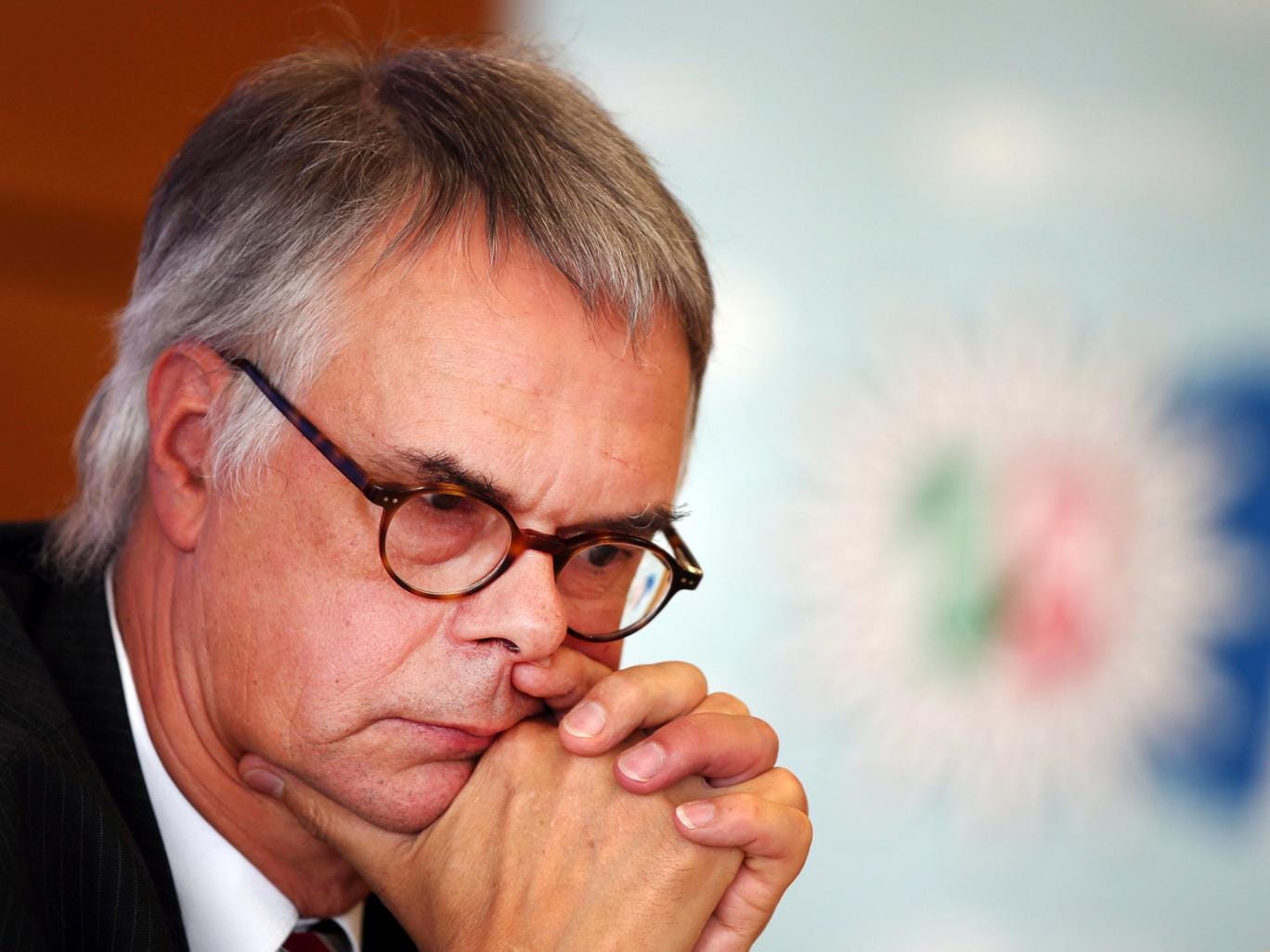 Wolfgang Albers, 60, was ordered to temporarily step down on Friday by Ralf Jäger, the interior minister for North Rhine-Westphalia (NRW).

He has been forced to defend his officers repeatedly in the past week after an estimated thousand men, believed to mainly be migrants and asylum seekers, sexually abused, raped and robbed scores of women in a city square.

A leaked police report said officers could not prevent or even record all the crimes as there were “just too many at the same time” by Cologne’s famous cathedral and main railway station.

An initial press release described the evening as “relaxed” before stories of the chaos emerged in local media, and Mr Albers later admitted the “statement was incorrect”.

“We do not and will not accept North Korea as a nuclear armed state, and actions such as this latest test only strengthen our resolve,” declared Secretary of State John Kerry.

Mr. Kerry is a bit late with his declaration. North Korea has had an active nuclear arms program for nearly a decade and has conducted three of its four nuclear tests during President Obama’s time in office. None of the sanctions contained in the Security Council resolutions have stopped North Korea from thumbing its nose at the so-called “international community” and conducting as many nuclear and missile tests as it wishes. Kerry’s declaration begs the question – “resolve” to do what? Pass yet another Security Council resolution with a few more symbolic sanctions and some additional travel restrictions on senior North Korean officials?

9. Daily Mail link on the shooting in the USA of a policeman in defense of Islamic precepts

He said there was no indication from Edward Archer, of Yeadon, that he was involved in a conspiracy.

(Stunning how fast one can contradict oneself in a press conference. Shooting a police officer for enforcing ‘man-made laws’ is a direct consequence of islamic belief and enforcement of the sharia. If that isn’t being part of a world wide conspiracy then it can only be because it is so blatantly out in the open that one can’t call it a conspiracy because there is no subterfuge, other than what we add by denying the facts. As an aside, I write ‘man made laws’ in scare quotes because sharia is every bit as man made as secular law is, they just pretend they are from Mohamed’s god allah)

10. German phrasebook found on asylum seeker sex attack suspect in Cologne included lurid phrases such as ‘nice breasts’ and ‘I want to have sex with you’

Officers found a note on one of the men containing Arabic-German translations for phrases including ‘nice breasts’, ‘I’ll kill you’ and ‘I want to have sex with you.’

Twelve more people are being sought in connection with 121 complaints from women attacked on the last night of the year.

Federal police, as opposed to Cologne city officers, were responsible for security inside the besieged train station. They say they quizzed nine Algerians, eight Moroccans, four Syrians, five Iranians, one Iraqi, one Serbian, and one US citizen following reports on the night.

(Commercially available phrase book I wonder? Or a George Soros published one?)

While we can’t see the beard we can see it was a full on, ‘Wee Willie Winkie.’

This means the name the press is giving is not the name he uses, which is likely a classic Islamic one, but as the CVE and rules for minority reporting command, the name he was born with in order to delink islam from this obvious act of jihad. 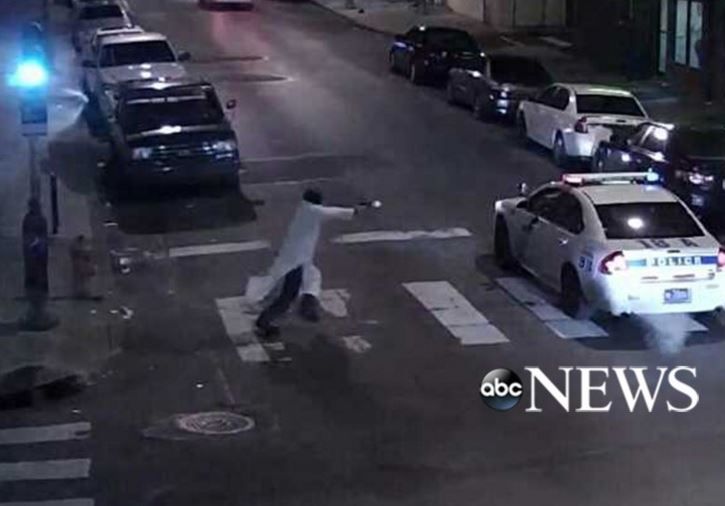 Slight detail enhancement on that photo of the shooter. Just photo enhancement, no additions