(At the time of posting this stunning story, the BBC has not written anything on it at all)

Nigel Farage fears he has been the victim of an assassination attempt after his car was sabotaged, causing a terrifying motorway crash.

The Ukip leader careered off a French road after a wheel on his Volvo came loose while he was driving from Brussels back to his home in Kent.

When the police arrived at the scene, they told him that the nuts on all of the wheels had been deliberately unscrewed, The Mail on Sunday has established. 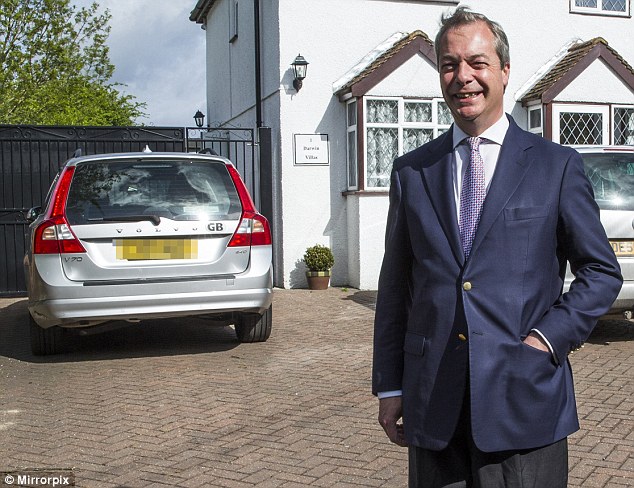 ‘Target’: Nigel Farage claims he was the victim of an assassination attempt, after he careered off a French road when a wheel on his Volvo came loose while he was driving back to his home in Kent (pictured)

Mr Farage, who has received death threats during his tumultuous time as leader, last night spoke about the ‘frightening’ incident, which took place near Dunkirk.

‘It was the middle of bloody nowhere, and I was caught in a very bad position,’ he said. ‘There was a huge section of roadworks with cars going back and forth on the same side of the carriageway. I suddenly realised I was losing steering but there was no hard shoulder to pull on to. I slowed down, put the hazards on and then one of the wheels came off. I jumped over the wall as quickly as I bloody well could to get away from lorries and everything.’

Same story at The Sun

7 Replies to “Nigel Farage’s car wheels ‘were sabotaged in an assassination attempt’: Ukip leader lost control of Volvo when wheel fell off on motorway… and police confirm foul play”

Leave a Reply to Ross A Lloyd Cancel reply