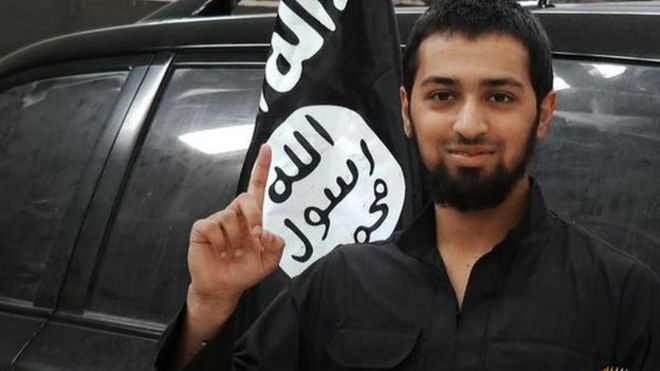 A happy sort of chap isn’t he?

Talha Asmal, 17, was one of four suicide bombers who attacked forces near an oil refinery south of Baiji.

Social media reports linked to Islamic State (IS) said Asmal, going by the name of Abu Yusuf al-Britani, had taken part in the attack.

His family said they were “devastated” at the news.

Asmal, from Dewsbury, would be Britain’s youngest known suicide bomber. Another West Yorkshire teenager, Hasib Hussein, was almost 19 when he blew himself up on a London bus in the 7 July 2005 attacks.

Houthi forces and their army allies in Yemen seized the capital of a large desert province on the border with Saudi Arabia on Sunday, residents said, an important victory for the group ahead of peace talks in Geneva on Monday.

The Houthis, the dominant faction in Yemen’s civil war, took control of al-Hazm, capital of the province of al-Jawf, amid Saudi-led coalition air strikes on Houthi positions and heavy fighting with armed tribesmen.

“The Houthi forces and those loyal to the former president spread out in the city and around government buildings,” a tribal source in al-Hazm told Reuters by phone.

(Just in case someone was still uncertain about this) 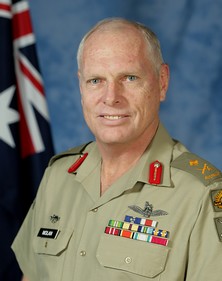 We sat in the Israeli kibbutz 800m from the closest Gaza Strip buildings. Four Israeli women told ­stories of life during Operation Protective Edge, the 50-day conflict last year between Israel and Hamas, of the rain of rockets and mortars, 15 seconds’ warning, days in shelters and of a four-year-old child killed by shrapnel.

The rockets impacted on every aspect of life but the effect of finding one of the many sophisticated tunnels dug over several years at the very door step of the kibbutz for Hamas fighters to kill civilians more precisely and personally was an even greater shock.

4. Two thirds of Americans believe in the first amendment

5. Indian politician demands New Delhi cut ties with the Netherlands for Geert’s request to show some drawings objectionable to muslims. He suggests they arrest him instead.

6. Iran imprisons attorney for shaking hands with his female client

Mohammed Moghini, the lawyer representing Atena Faraghdani, the Iranian cartoonist who was sentenced to 12.5 years in prison for drawing a picture critical of how the Islamist regime treats women, was recently arrested for shaking hands with his female client. Iranian human rights activist Shabnam Assadollahi explained that the arrest of Moghini is designed to deprive his client of the right of appeal.

According to a report in Radio Farda, Mohammed Moghini, Atena Farghadani’s lawyer, has been arrested for shaking hands with his female client.   Moghini’s client Faraghdani is the Iranian political cartoonist who was recently sentenced to 12.5 years in prison for drawing a picture that is critical of the Islamist regime and their attitude towards women.

In an exclusive interview with JerusalemOnline, Iranian human rights activist Shabnam Assadollahi explained: “The court ruling was delivered to Atena Faraghdani’ and her lawyer Mr. Moghimi on June 1, 2015. They have only 20 days to appeal the court’s decision and as usual regarding the Islamist regime, they arrest the lawyer to have them miss the due date and to stop the appeal application.”

7. This is from a comment left days ago but wasnt seen when it came in. If this is added to everything else we know about Obama’s actions in the middle east it seems to fill in a puzzle piece

(On the fence about this one. This tool to shut down their expression, no matter how repugnant it is, will be used against people we agree with and moreover might have a very important message which is critical to the continuation of our liberties and culture. Once again it looks like B’nai Brith Canada has done more harm than good to us all and to its own cause. If people do and promote things that are illegal at the marches, thats one thing. Press criminal charges. But the “hatred and divisiveness” is the language of the new tyrants.)

“Although the Sergeant-at-Arms’ decision this year is tied to considerations regarding the Pan Am and Parapan American Games in Toronto, he must go further and take this opportunity to declare that permits for divisive hate-rallies will no longer be issued in the future,” B’nai Brith Canada said in a statement.

9. Lastly, ML may have figured out the mystery of the missing shoe of the British Palestinian.

Thank you M., Wrath of Khan, Shabnam, ML., and all. More to come as well as more segments of the amazing Red Pill brief by Stephen Coughlin.