1. Odd interview on BBC with Tommy Robinson about the disgraced corrupt tory MP

2. Muslims speak out after ‘thorough’ screening at Brisbane airport 3. A long but probably really good lecture on Islam from an Apostate who actually left Germany because the degree of Islam was too high for comfort for a man who wanted to live the promise of the Enlightenment.

(I have not watched it yet but I plan to tonight)

(That pretty much means Iran controls Yemen now. Which makes them a regional hegemony, does it not?) 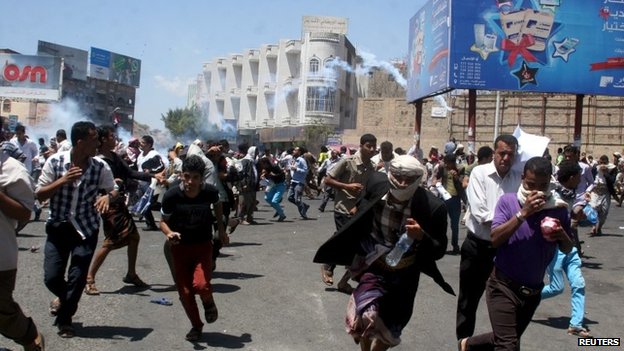 Residents took to the streets in protest and one was killed as the rebels fired on them and used tear gas.

The insurgents already hold the capital, Sanaa, after overthrowing President Abdrabbuh Mansour Hadi in February. He fled to Aden in the south.

Instability has been growing in Yemen, where al-Qaeda and Islamic State sympathisers also pose a threat.

5. UK Tory candidate seems quite comfortable making up a defense for the clear and obvious deception he had planned for the electorate. Tommy Robinson has more to say on it here.

“Twenty-two percent of the funding for the United Nations comes from the American taxpayers, and I’m in charge of that account,” Graham said. “I’m not going to allow the United Nations to be used as a way to get around the United States Congress for a deal that affects the very existence of Israel and our own national security.

Graham said the Obama administration was about to “make a mistake for the ages” by reaching a nuclear agreement with Iran.

7. ABC asks, Does Islam have a violent extremism problem?

(Later, ABC asked if insisting the sun sets in the West was really just an insult and racism against the North, South and East)

The Right Scoop offers this on the interview

8. This would appear to be a video of the capture of the downed chopper pilots by the IS

9. Thanks to many of you who chose to engage  on a 3 year old thread, a lot has been revealed about Islam and its methods but nothing new learned from our protagonist Umama. There are a lot of great, interesting, insightful and entertaining comments now on the new segments of the thread, but I think Perfect Child’s most recent one deserves to be read by all.

10. Egyptian Government Sentences Chief Of Muslim Brotherhood & 20 Other Jihadists To Death By Hanging

Badie is also standing trial for violence that was done by certain acolytes Mohamed Morsi, the Muslim Brotherhood leader who controlled Egypt before being ousted out by the Egyptian military.

Thank you Yucki, Wrath of Khan, M., Richard, Perfect Child, Babs and many many people who have contributed thoughts and links and to the discussions. The news, even the mainstream news, is now so concerned with matters islamic that the chaos makes it harder to determine in the short run what direction things are going. Perhaps its time to have another chat with Stephen Coughlin.

31 Replies to “Politics, culture, war all seem to have a locus in islam today. And yet still most refuse to see that the doctrine forces this: Links 3 March 22 – 2015”