Don Laird has sent in this screen grab of info on the school which has made the news and we posted about here earlier. As schools are tax payer supported in Canada, I suppose tax payers have a natural right to speak about procedure at these schools even if it means speaking in favor of Canadian culture, values and history. Please look for a comment from Don with additional links and info shortly under this post. 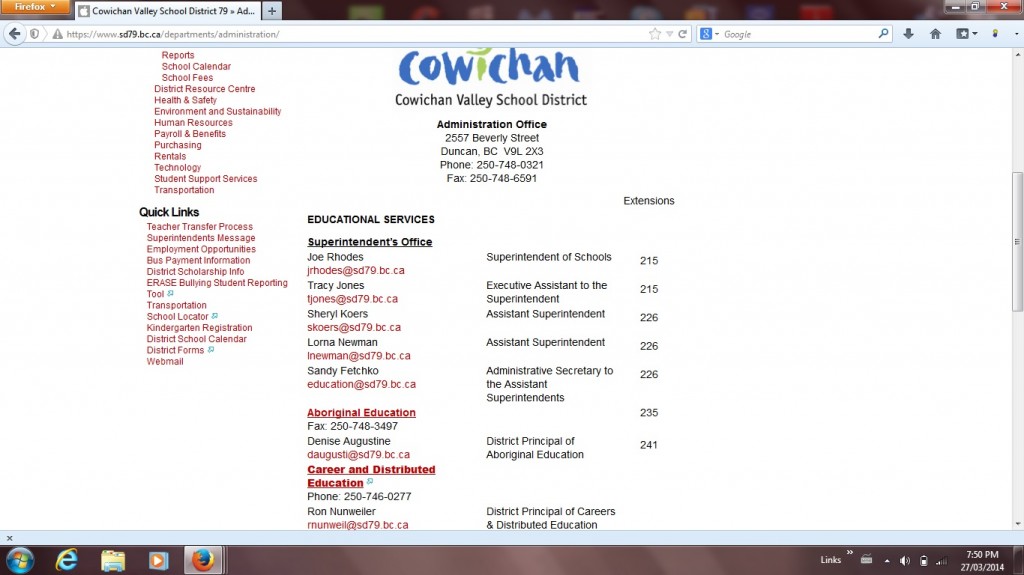