A staggeringly important development for free speech and Europe 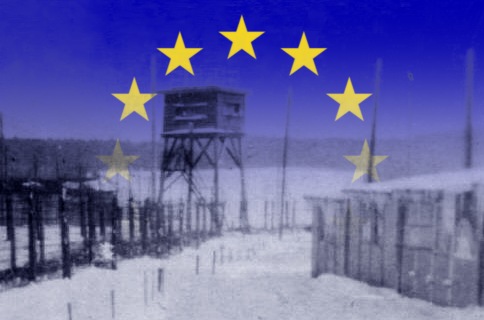 Those who follow European political affairs may already be familiar with “A Model National Statute for the Promotion of Tolerance” (pdf available here), an OIC-approved framework proposal published by the European Parliament, which seems likely to be implemented across the EU. The proposed law would devise a draconian new form of politically correct “tolerance” and impose it on European citizens and institutions by establishing bureaucratic bodies with the authority to enforce it.

Below is a recent article from Politically Incorrect that examines the implications of this new, improved, totalitarian European Tolerance. Many thanks to JLH for translating this important piece from the German:

Anyone who speaks and writes about the abrogation of freedom in Europe is accused of being a pathological conspiracy theorist. So it is advisable to be a little more specific, and name names.

The abrogation of freedom in Europe is not occurring naturally, but according to the planning of educated elites, who have been trained to replace civic freedoms — especially those of expression, of the press and of the airwaves — with ideological coercion, and thus smash civil society into microscopic shards, like valuable, defenseless porcelain.

Elites active in this endeavor have established themselves in all areas, including lead positions in science, for instance, the very renowned scholar, Prof. Dr. Dr.h.c. Rüdiger Wolfrum, professor emeritus and one of the directors of the Max Planck Institute on foreign public law and international law in Heidelberg.