Surprising estimates suggest that Australians now make up the largest contingent from any developed nation in the Syrian rebel forces. There are around 120 French fighters in Syria, about 100 Britons and a handful of Americans — but there are at least 200 Australians, according to a public statement made by David Irvine, director general of the Australian Security Intelligence Organisation

2. Danish paper, Extrabldet does another cartoon. At last. 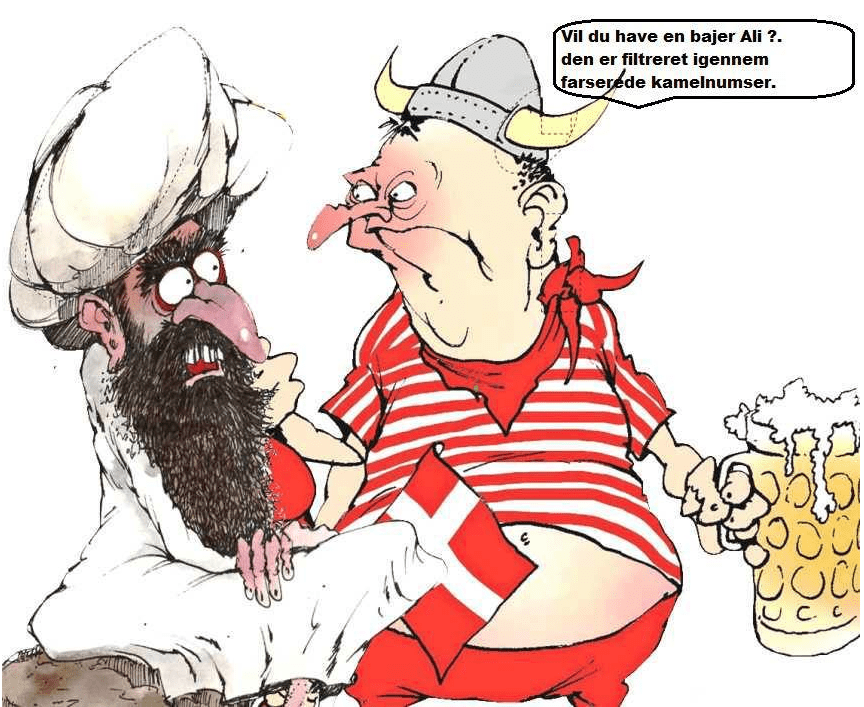 3. British woman goes to join jihad in Syria, gets told to put down the gun and lift up her skirt.

(For anyone interested in a really excellent look at the history of accomplishment on Earth, check out his book, Human Accomplishment)