Last week I brought to your attention images faked by pakistanis to generate hostility and hatred toward Buddhists, it seems it has backfired on them, as once they circulated amongst migrant muslim workers in India, a few protested showing the usual violence which we expect, but the majority panicked and are fleeing back to pakistan.

But they needn’t worry, because the Indian government sprang into action, with Google and Facebook complying with takedown requests at a speed that is only seen when its muslims being effected. Neither took any notice while it was Buddhists who were the ones threatened.

India cracks down on Internet after communal violence 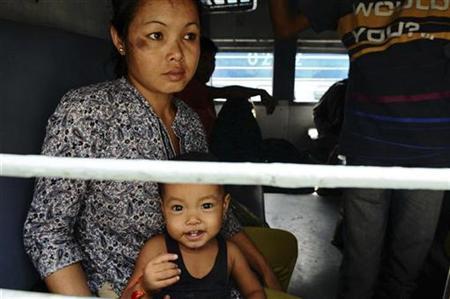 By Devidutta Tripathy and Annie Banerji

(Reuters) – India pressed social media websites including Facebook and Twitter on Tuesday to remove “inflammatory” content it said helped spread rumours that caused an exodus of migrants from some cities last week.

The government said in a statement it had already blocked access to 245 web pages it said contained doctored videos and images, and the telecommunications secretary, R Chandrashekhar, threatened legal action against the websites if they did not fully comply with the requests to take down the offending pages.

Leave a Reply to A. Francis Cancel reply